A collection of rare police shows from the 1950s. 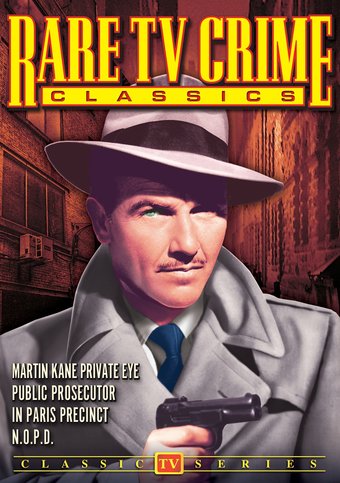 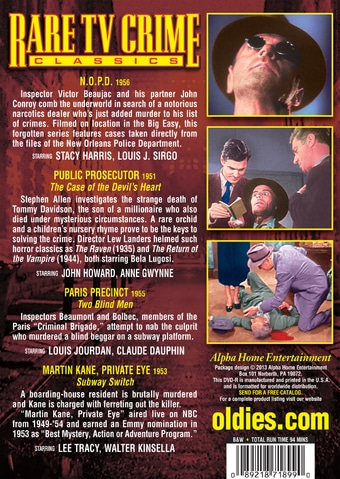 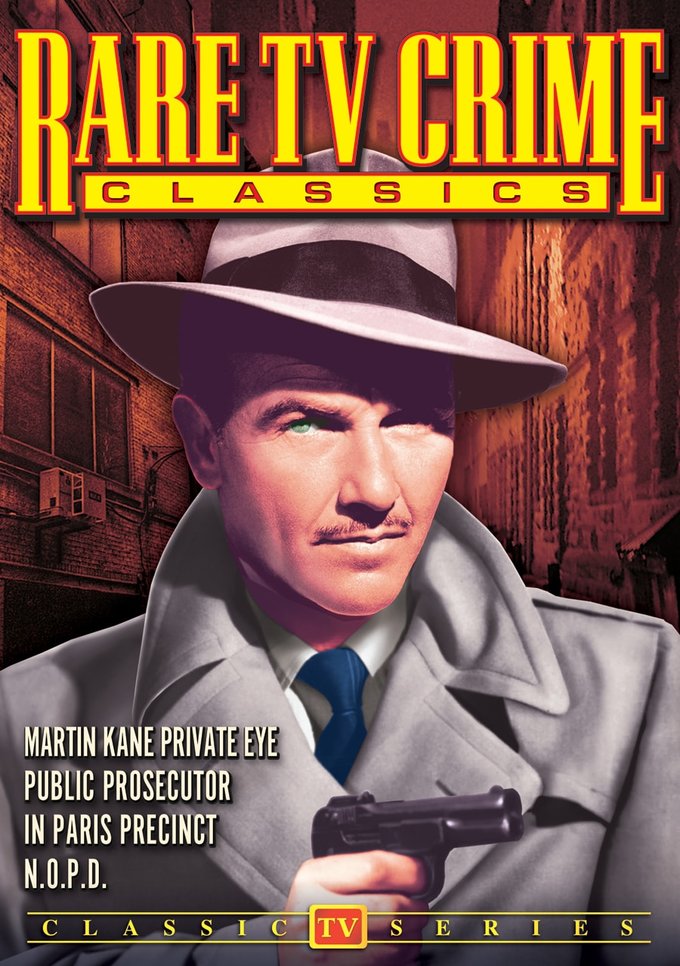 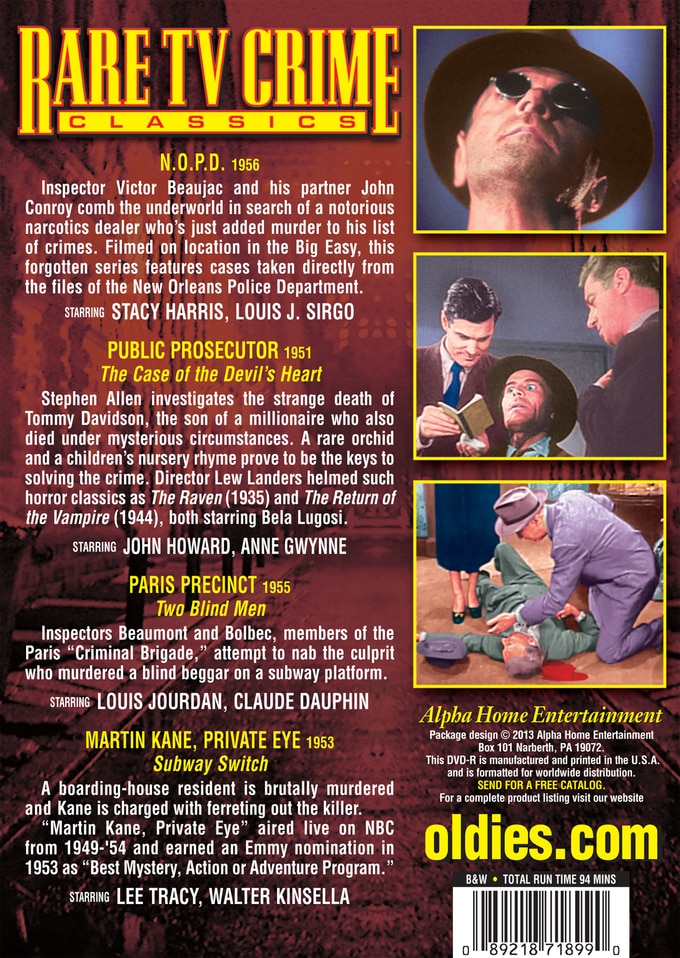 N.O.P.D. (1956): Inspector Victor Beaujac and his partner John Conroy comb the underworld in search of a notorious narcotics dealer who's just added murder to his list of crimes. Filmed on location in the Big Easy, this forgotten series features cases taken directly from the files of the New Orleans Police Department. Starring Stacy Harris, Louis J. Sirgo.

PUBLIC PROSECUTOR (1951) - The Case of the Devil's Heart: Stephen Allen investigates the strange death of Tommy Davidson, the son of a millionaire who also died under mysterious circumstances. A rare orchid and a children's nursery rhyme prove to be the keys to solving the crime. Director Lew Landers helmed such horror classics as The Raven (1935) and The Return of the Vampire (1944), both starring Bela Lugosi. Starring John Howard, Anne Gwynne.