A collection of rare television mysteries from the early 50s. 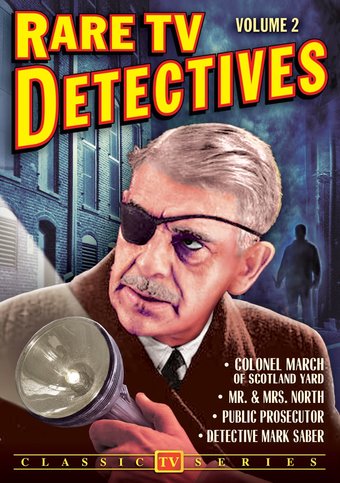 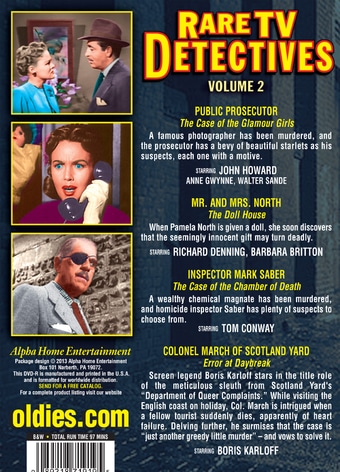 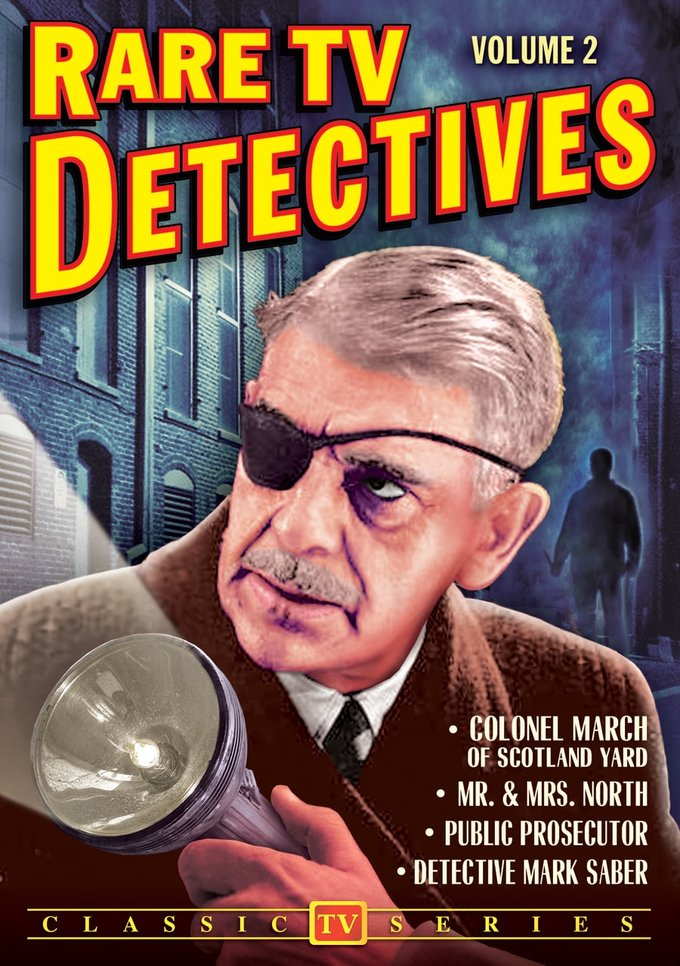 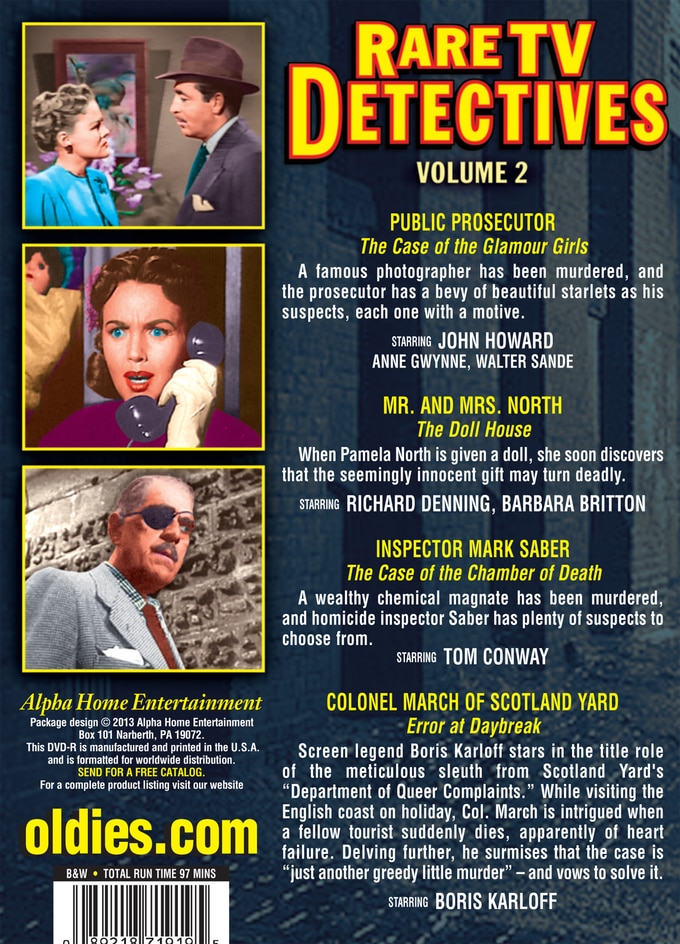 PUBLIC PROSECUTOR - The Case of the Glamour Girls: A famous photographer has been murdered, and the prosecutor has a bevy of beautiful starlets as his suspects, each one with a motive. Starring John Howard, Anne Gwynne, Walter Sande.

MR. AND MRS. NORTH - The Doll House: When Pamela North is given a doll, she soon discovers that the seemingly innocent gift may turn deadly. Starring Richard Denning, Barbara Britton.

INSPECTOR MARK SABER - The Case of the Chamber of Death: A wealthy chemical magnate has been murdered, and homicide inspector Saber has plenty of suspects to choose from. Starring Tom Conway.

COLONEL MARCH OF SCOTLAND YARD - Error at Daybreak: Screen legend Boris Karloff stars in the title role of the meticulous sleuth from Scotland Yard's "Department of Queer Complaints." While visiting the English coast on holiday, Col. March is intrigued when a fellow tourist suddenly dies, apparently of heart failure. Delving further, he surmises that the case is "just another greedy little murder" - and vows to solve it. Starring Boris Karloff.

24%off
Fantastic Beasts: The Crimes of Grindelwald (2-DVD)
$9.80 Super Savings
Add to Cart