A collection of all-star detective mystery shows from the earliest days of television. 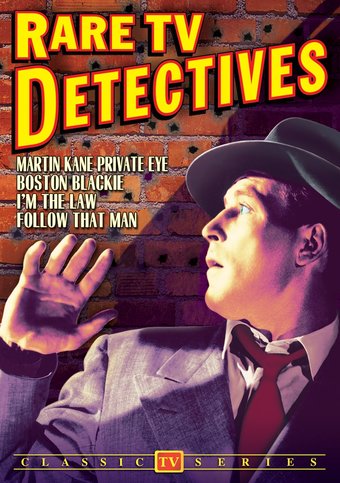 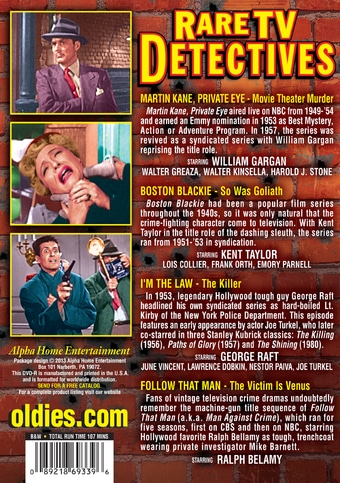 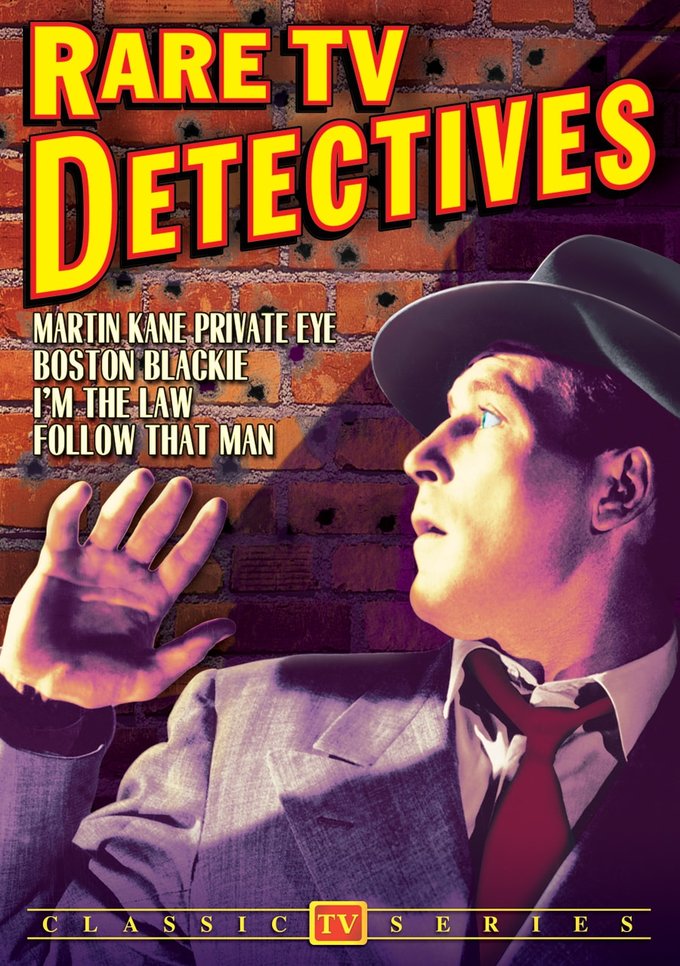 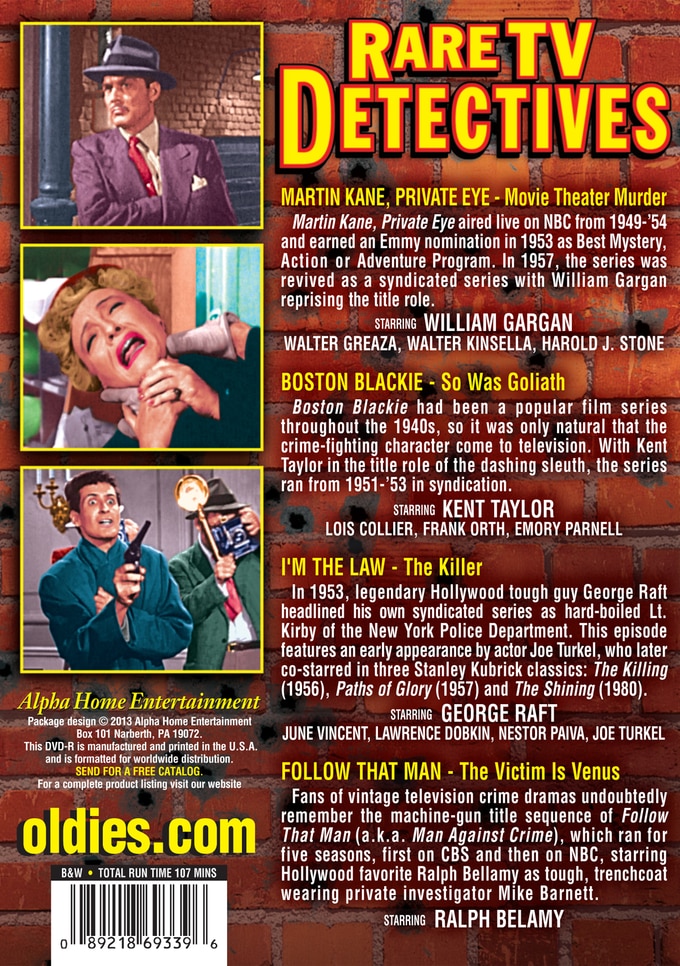 BOSTON BLACKIE - So Was Goliath: Boston Blackie had been a popular film series throughout the 1940s, so it was only natural that the crime-fighting character come to television. With Kent Taylor in the title role of the dashing sleuth, the series ran from 1951-'53 in syndication. Starring Kent Taylor, Lois Collier, Frank Orth and Emory Parnell.