A collection of 12 rare silent cartoons from the early days of animation - some hilarious, some experimental - that traces the development of this unique art form! 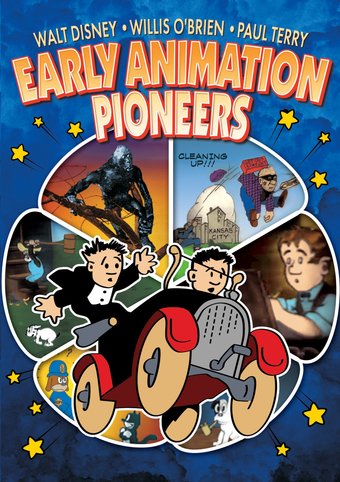 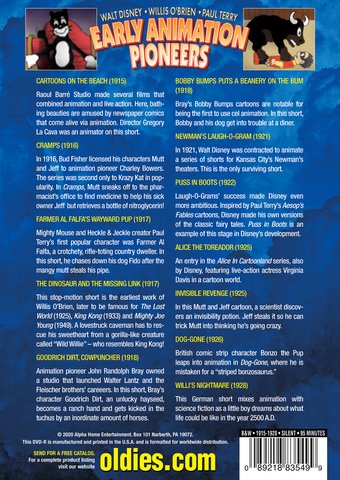 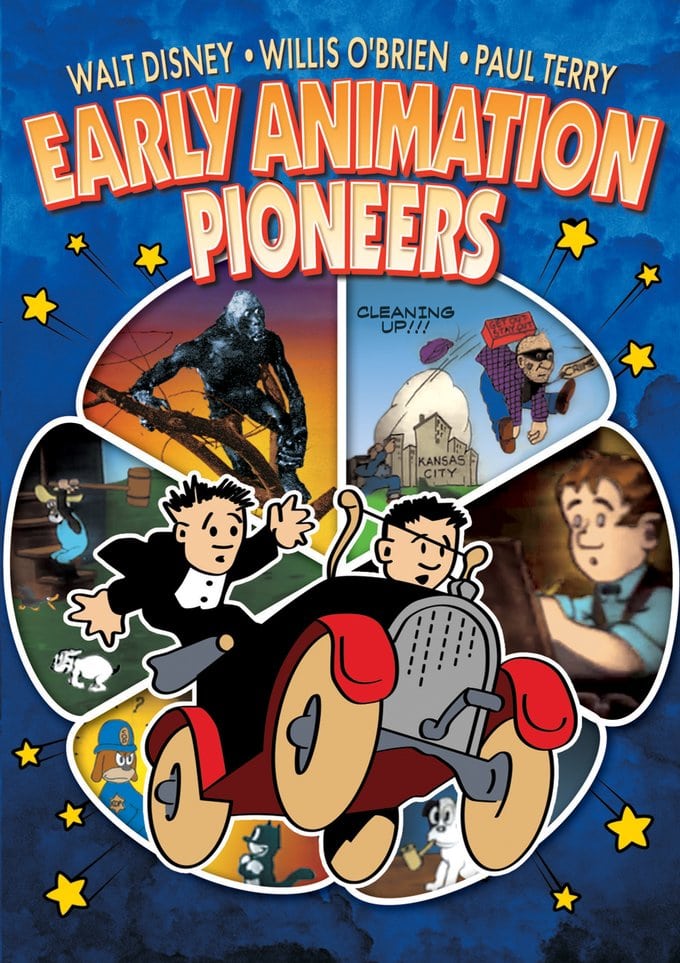 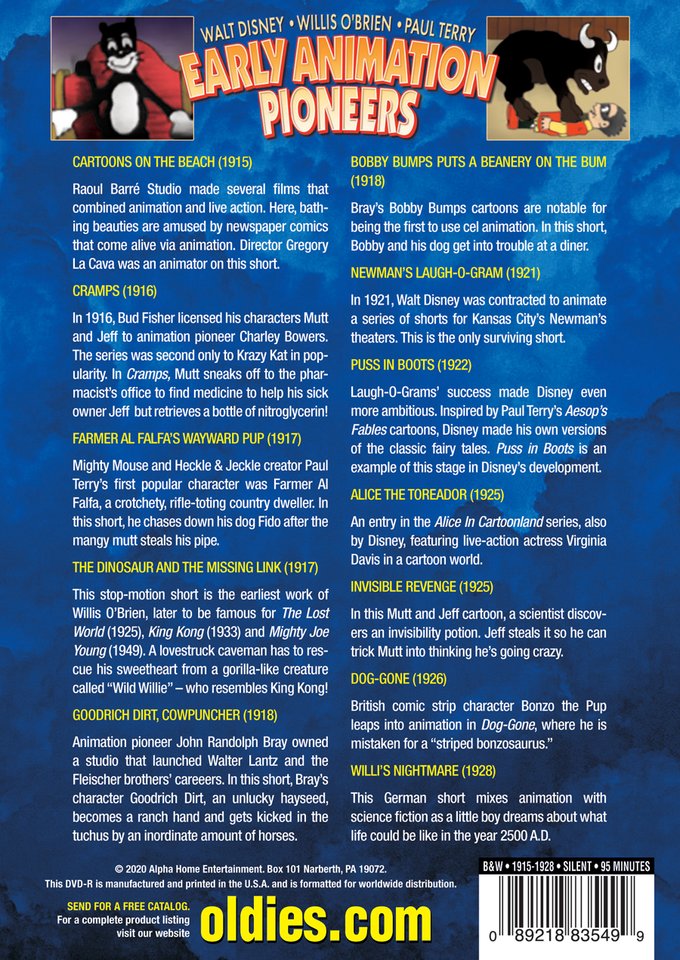 CARTOONS ON THE BEACH (1915): The Raoul Barré Studio made several quirky films that combined animation and live-action. In Cartoons on the Beach, some shapely bathing beauties are amused by the comic strips in the newspaper, which then come to life via animation. One of the animators who worked on this short was Gregory La Cava, later to become a noted director.

CRAMPS (1916): In 1916, Bud Fisher licensed his comic strip characters Mutt and Jeff to animation pioneer Charley Bowers. The resulting long-running series was second only to Krazy Kat in popularity. In Cramps, Jeff wakes up with an awful stomach pain. Mutt sneaks off to the pharmacist's office to find something to help him - but accidentally grabs a bottle of nitroglycerin!

FARMER AL FALFA'S WAYWARD PUP (1917): Paul Terry's first popular character was Farmer Al Falfa, a crotchety old country dweller who was quick to reach for his shotgun during times of trouble. In this short, he chases down his disobedient dog Fido after the mangy mutt steals his pipe. Terry later created Mighty Mouse, Heckle and Jeckle, Deputy Dawg, and many others.

THE DINOSAUR AND THE MISSING LINK (1917): This fascinating stop-motion short is the earliest work of Willis O'Brien, later to be famous for The Lost World (1925), King Kong (1933) and Mighty Joe Young (1949). A lovestruck caveman has to rescue his sweetheart from a gorilla-like creature called "Wild Willie" (who resembles King Kong!)

GOODRICH DIRT, COWPUNCHER (1918): John Randolph Bray (1879-1978) was a pioneer of early animation. His studio was responsible for launching the careers of such luminaries as Walter Lantz and the Fleischer brothers. Goodrich Dirt was one of Bray's characters, a hapless hayseed who was always down on his luck. In this short he gets a job as a ranch hand and gets kicked in the tuchus by an inordinate amount of horses.

BOBBY BUMPS PUTS A BEANERY ON THE BUM (1918): A mischievous little boy named "Bobby Bumps" was another of Bray Productions' regular characters. The Bobby Bumps cartoons are notable for being the first to utilize cel animation - previously, cartoons were made using paper animation, with a new drawing done for each frame of film. Bray pioneered drawing on sheets of clear celluloid that could be placed on a still background while photographed. This process revolutionized the animation industry. In this short, Bobby and his dog get into trouble when they try to help out at a diner (then called a "beanery.")

NEWMAN'S LAUGH-O-GRAM (1921): In 1921, a 20-year-old Walter Elias Disney was contracted to make short cartoons to be shown before the main feature at the Newman's theater chain in Kansas City. This first entry is the only one that still survives.

PUSS IN BOOTS (1922): The success of the Laugh-O-Grams made Disney even more ambitious. Inspired by Paul Terry's Aesop's Fables cartoons, Disney decided to make his own versions of the classic fairy tales. Puss in Boots is an enchanting example of this important stage in Disney's development.

ALICE THE TOREADOR (1925): An entry in the Alice In Cartoonland series, also by Disney, featuring live-action actress Virginia Davis in a cartoon world. This series ran through 1927.

INVISIBLE REVENGE (1925): In this Mutt and Jeff cartoon, a scientist discovers a potion that can turn anything invisible. Jeff steals it so he can trick Mutt into thinking he's going crazy.

DOG GONE (1926): Bonzo the Pup was a British comic strip character who made the leap into animated cartoons. In Dog-Gone, Bonzo visits the zoo. After running afoul of some wet paint, he is mistaken for a rare "striped bonzosaurus" by the zookeeper.

WILLI'S NIGHTMARE (1928): This German short mixes animation with science fiction as a little boy dreams about what life could be like in the far-future year of 2500 A.D.