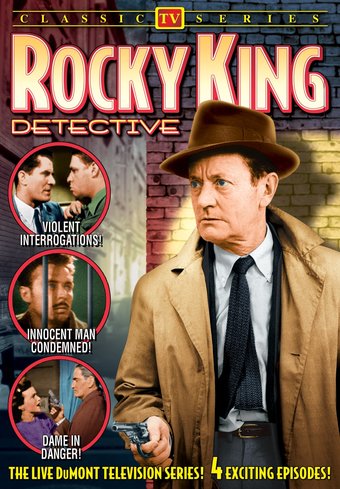 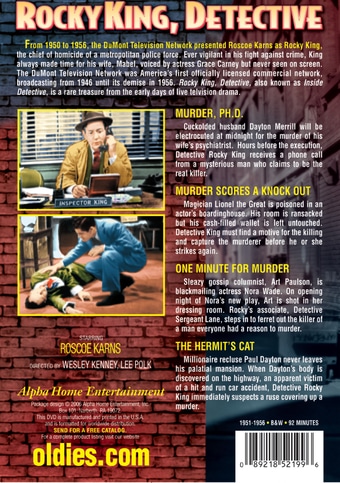 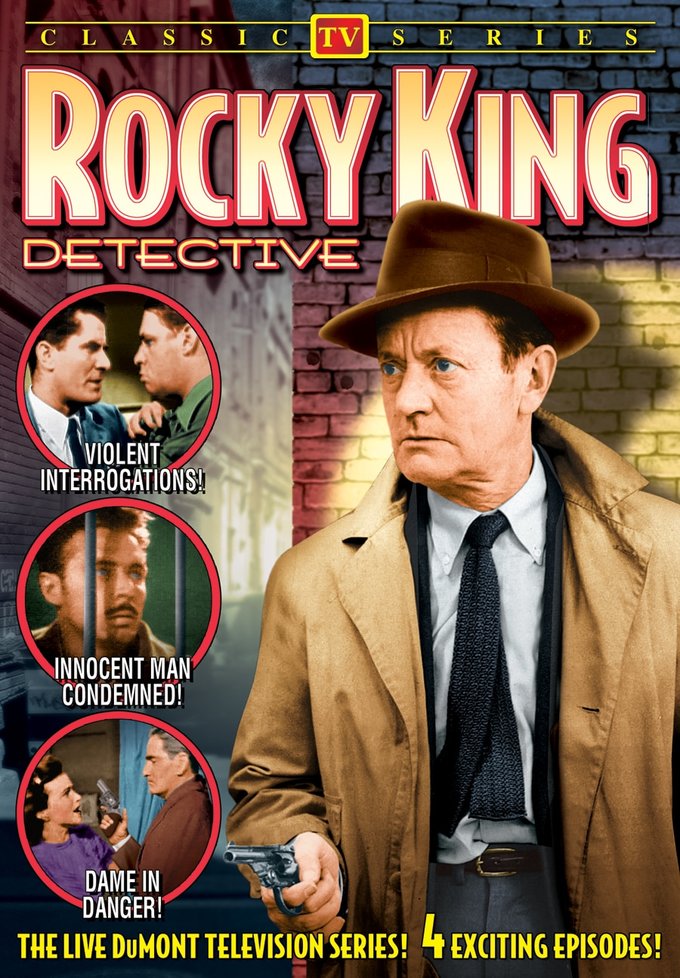 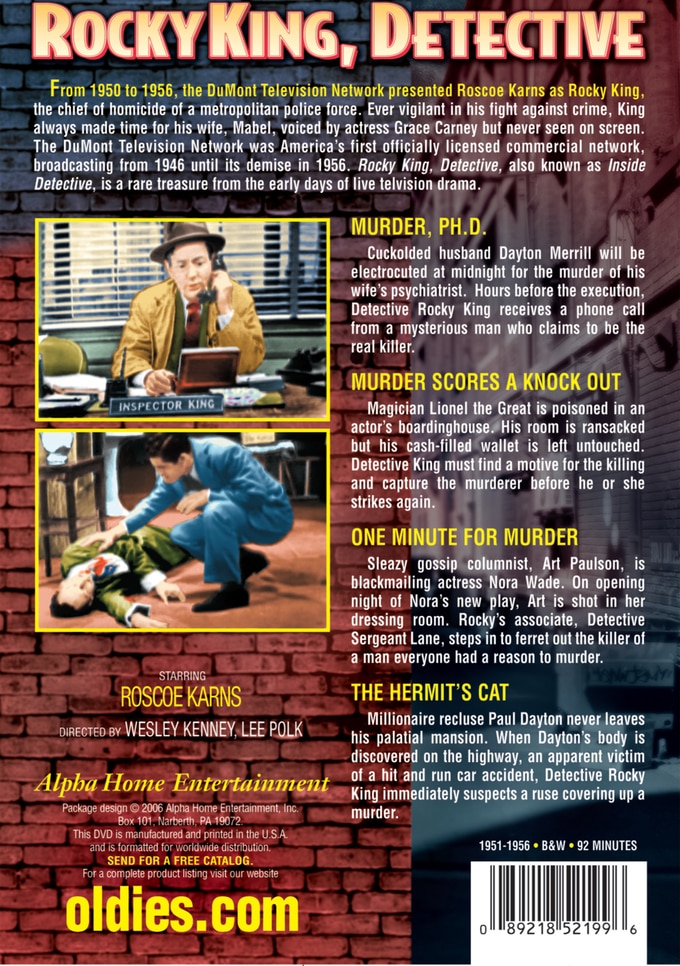 From 1950 to 1956, the DuMont Television Network presented Roscoe Karns as Rocky King, the chief of homicide of a metropolitan police force. Ever vigilant in his fight against crime, King always made time for his wife, Mabel, voiced by actress Grace Carney but never seen on screen. The DuMont Television Network was America's first officially licensed commercial network, broadcasting from 1946 until its demise in 1956. "Rocky King, Detective", also known as "Inside Detective," is a rare treasure from the early days of live television drama.

Murder, Ph.D.: Cuckolded husband Dayton Merrill will be electrocuted at midnight for the murder of his wife's psychiatrist. Hours before the execution, Detective Rocky King receives a phone call from a mysterious man who claims to be the real killer.

Murder Scores A Knock Out: Magician Lionel the Great is poisoned in an actor's boardinghouse. His room is ransacked but his cash-filled wallet is left untouched. Detective King must find a motive for the killing and capture the murderer before he or she strikes again.

One Minute For Murder: Sleazy gossip columnist, Art Paulson, is blackmailing actress Nora Wade. On opening night of Nora's new play, Art is shot in her dressing room. Rocky's associate, Detective Sergeant Lane, steps in to ferret out the killer of a man everyone had a reason to murder.

The Hermit's Cat: Millionaire recluse Paul Dayton never leaves his palatial mansion. When Dayton's body is discovered on the highway, an apparent victim of a hit and run car accident, Detective Rocky King immediately suspects a ruse covering up a murder.

Detectives | Vintage | Murder | Blackmail | Detective | Crime | Classic Television | Murder Investigations
This product is made-on-demand by the manufacturer using DVD-R recordable media. Almost all DVD players can play DVD-Rs (except for some older models made before 2000) - please consult your owner's manual for formats compatible with your player. These DVD-Rs may not play on all computers or DVD player/recorders. To address this, the manufacturer recommends viewing this product on a DVD player that does not have recording capability.


This is such a rare TV show, and to my knowledge Alpha Video is the only company that sells it on DVD. If you want to see what DuMont Network (Not "Dumont") programs were like, This is worth buying.