Realistic savage exploitation tale shot in color in the jungles of Guatemala. 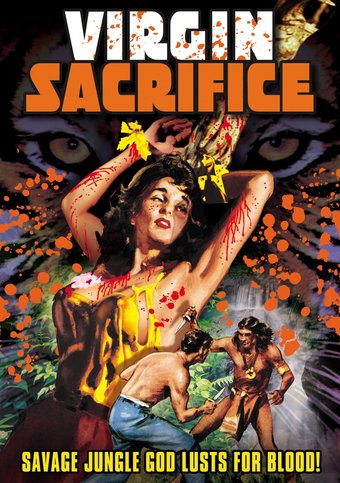 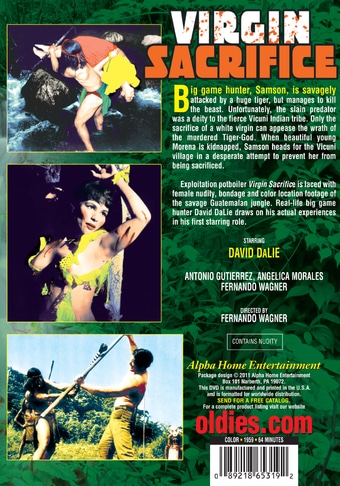 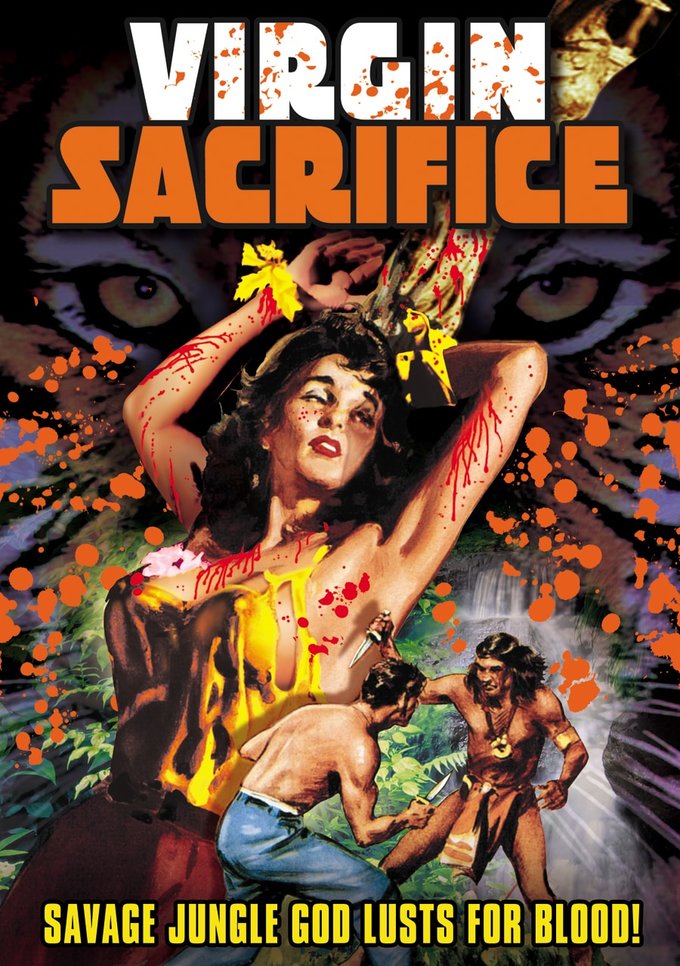 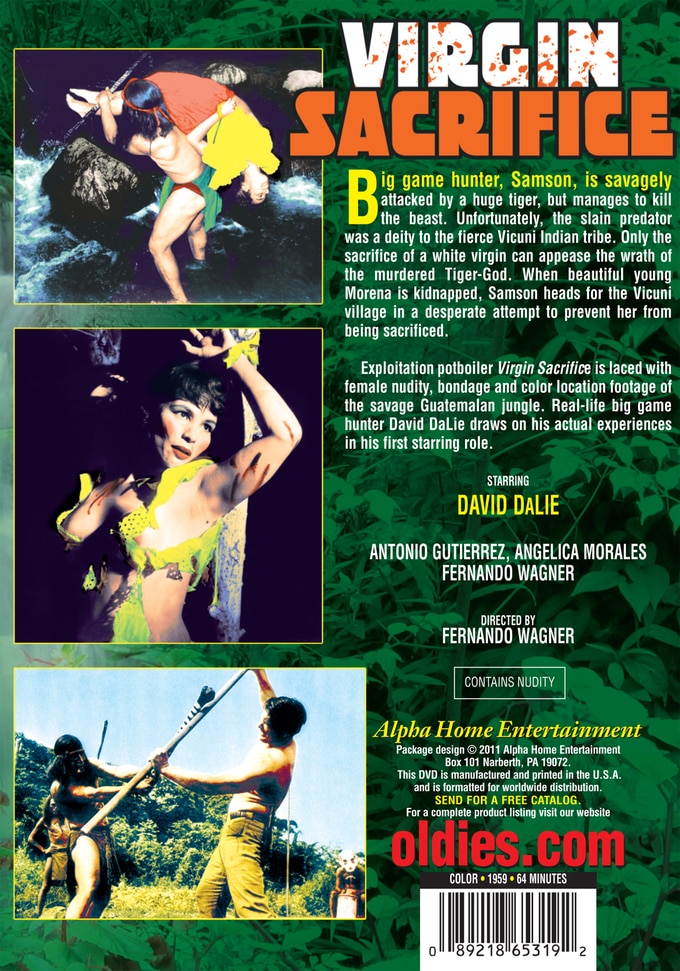 Big game hunter, Samson, is savagely attacked by a huge tiger, but manages to kill the beast. Unfortunately, the slain predator was a deity to the fierce Vicuni Indian tribe. Only the sacrifice of a white virgin can appease the wrath of the murdered Tiger-God. When beautiful young Morena is kidnapped, Samson heads for the Vicuni village in a desperate attempt to prevent her from being sacrificed.

A man risks his life to save a woman he doesn't know in this action adventure yarn. Samson (David DaLie) is an American hunter on a safari in Guatemala. While tracking game, Samson encounters a strange ceremony in which a young woman named Morena (Angelica Morales) is to be sacrificed at the bidding of her father to appease the gods following a vicious animal attack. Morena is able to escape, and Samson gives chase, hoping to rescue her before the tribesmen can capture her and complete the ritual. Very loosely based on his own experiences, VIRGIN SACRIFICE was the first feature film for actor and hunter David DaLie.

Action | Adventure | Rescue | Jungle
This product is made-on-demand by the manufacturer using DVD-R recordable media. Almost all DVD players can play DVD-Rs (except for some older models made before 2000) - please consult your owner's manual for formats compatible with your player. These DVD-Rs may not play on all computers or DVD player/recorders. To address this, the manufacturer recommends viewing this product on a DVD player that does not have recording capability.