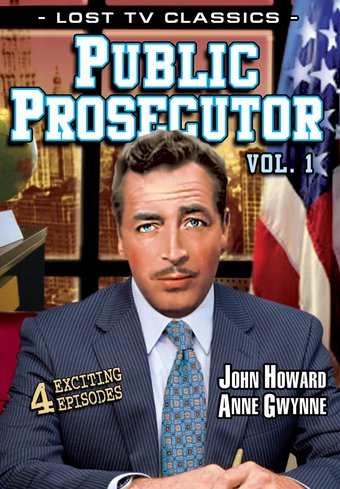 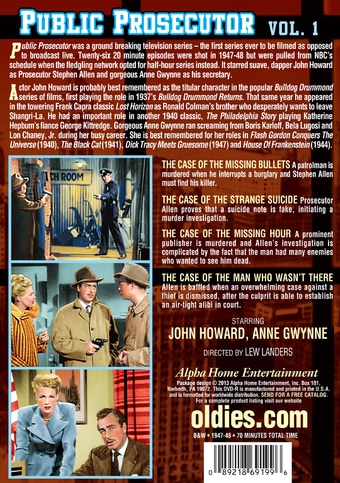 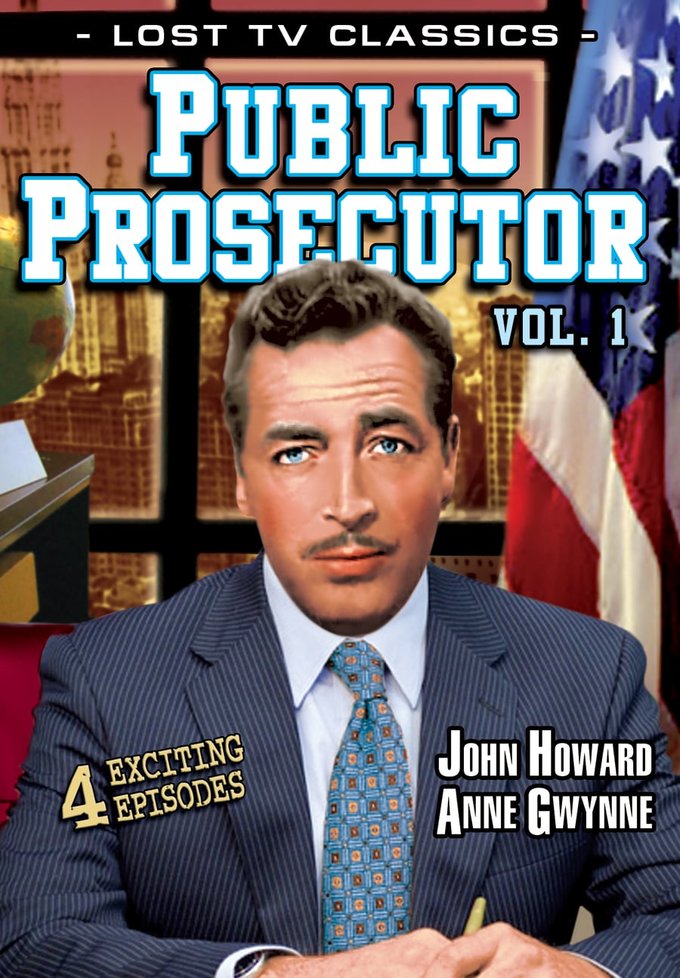 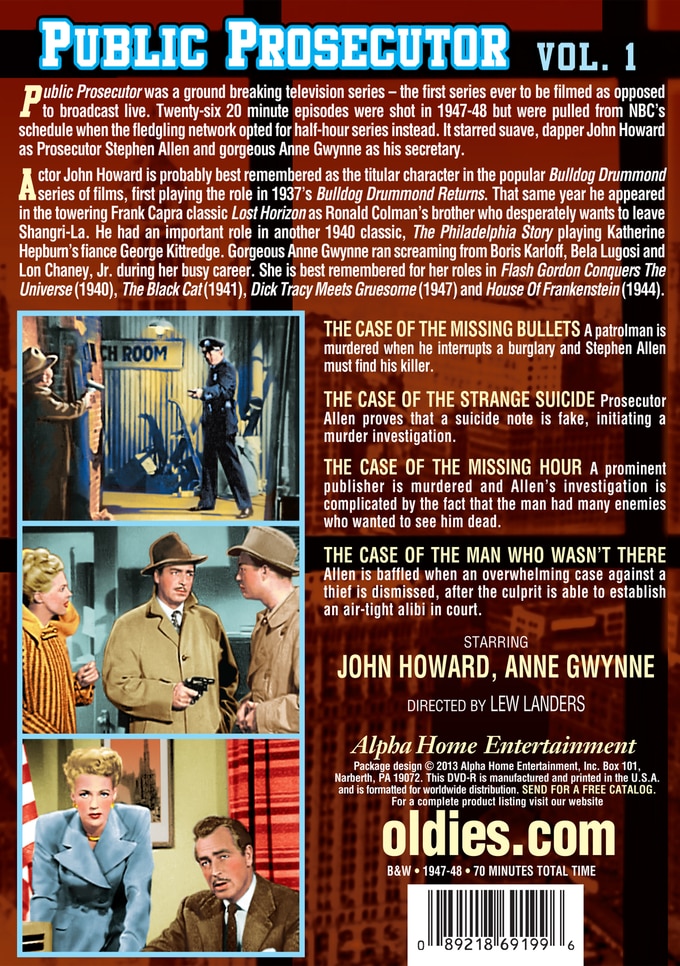 Public Prosecutor was a ground breaking television series -- the first series ever to be filmed as opposed to broadcast live. Twenty-six 20 minute episodes were shot in 1947-48 but were pulled from NBC's schedule when the fledgling network opted for half-hour series instead. It starred suave, dapper John Howard as Prosecutor Stephen Allen and gorgeous Anne Gwynne as his secretary.

Actor John Howard is probably best remembered as the titular character in the popular Bulldog Drummond series of films, first playing the role in 1937's Bulldog Drummond Returns. That same year he appeared in the towering Frank Capra classic Lost Horizon as Ronald Colman's brother who desperately wants to leave Shangri-La. He had an important role in another 1940 classic, The Philadelphia Story playing Katherine Hepburn's fiance George Kittredge. Gorgeous Anne Gwynne ran screaming from Boris Karloff, Bela Lugosi and Lon Chaney, Jr. during her busy career. She is best remembered for her roles in Flash Gordon Conquers The Universe (1940), The Black Cat (1941), Dick Tracy Meets Gruesome (1947) and House Of Frankenstein (1944).

THE CASE OF THE MISSING BULLETS: A patrolman is murdered when he interrupts a burglary and Stephen Allen must find his killer.

THE CASE OF THE STRANGE SUICIDE: Prosecutor Allen proves that a suicide note is fake, initiating a murder investigation.

THE CASE OF THE MISSING HOUR: A prominent publisher is murdered and Allen's investigation is complicated by the fact that the man had many enemies who wanted to see him dead.

THE CASE OF THE MAN WHO WASN'T THERE: Allen is baffled when an overwhelming case against a thief is dismissed, after the culprit is able to establish an air-tight alibi in court.

50%off
Boston Blackie: The Television Series Collection (4-DVD)
$15.96 on Sale
Add to Cart