The master of horror stars as a supernatural investigator in four more episodes of this rare TV series. 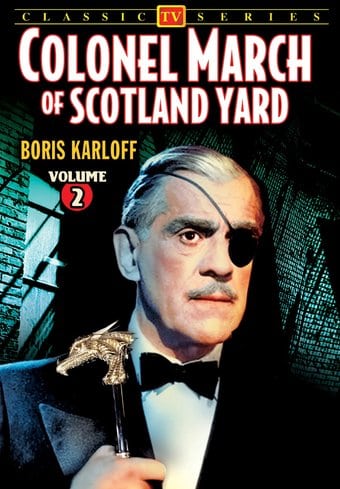 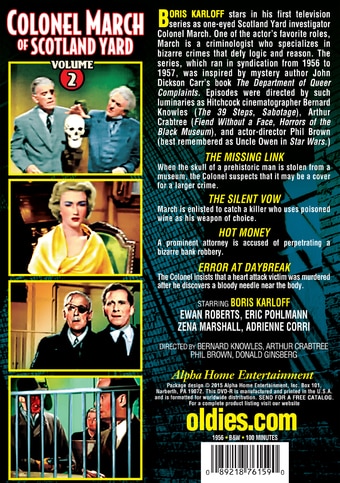 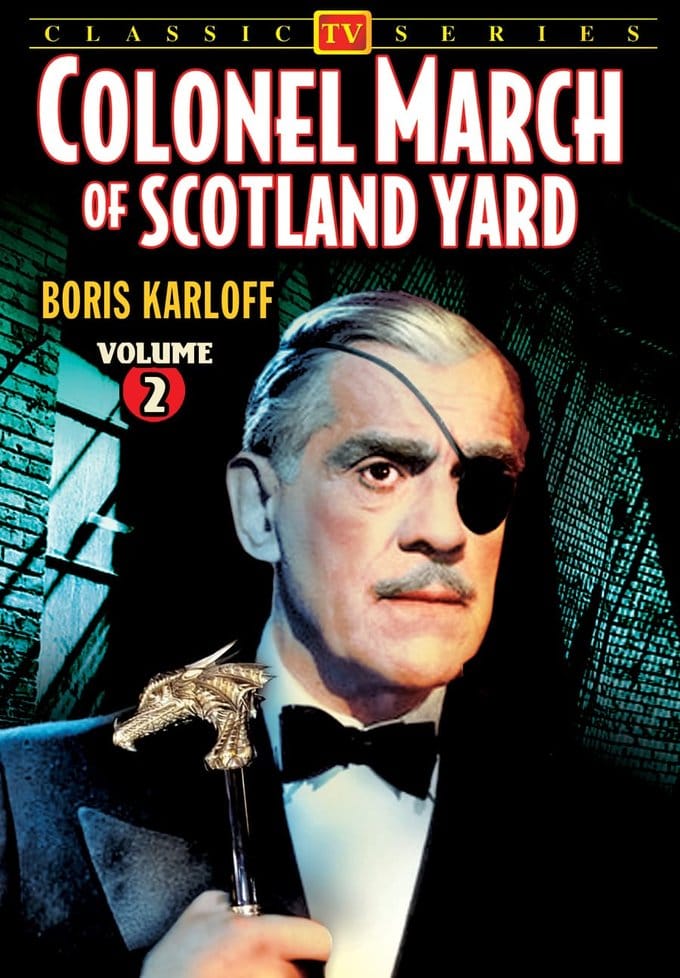 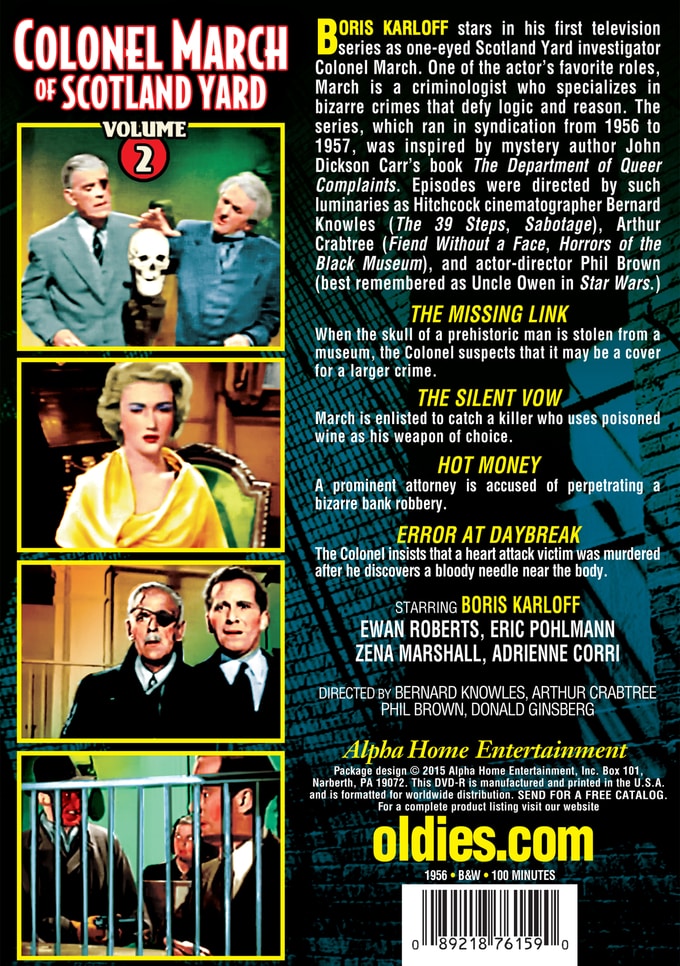 Boris Karloff stars in his first television series as one-eyed Scotland Yard investigator Colonel March. One of the actor's favorite roles, March is a criminologist who specializes in bizarre crimes that defy logic and reason. The series, which ran in syndication from 1956 to 1957, was inspired by mystery author John Dickson Carr's book The Department of Queer Complaints. Episodes were directed by such luminaries as Hitchcock cinematographer Bernard Knowles (The 39 Steps, Sabotage), Arthur Crabtree (Fiend Without a Face, Horrors of the Black Museum), and actor-director Phil Brown (best remembered as Uncle Owen in Star Wars.)

THE MISSING LINK: When the skull of a prehistoric man is stolen from a museum, the Colonel suspects that it may be a cover for a larger crime.

THE SILENT VOW: March is enlisted to catch a killer who uses poisoned wine as his weapon of choice.

HOT MONEY: A prominent attorney is accused of perpetrating a bizarre bank robbery.

ERROR AT DAYBREAK: The Colonel insists that a heart attack victim was murdered after he discovers a bloody needle near the body.