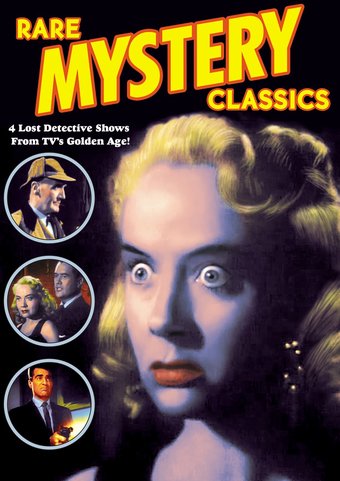 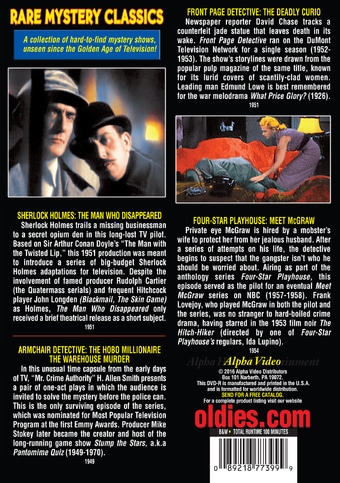 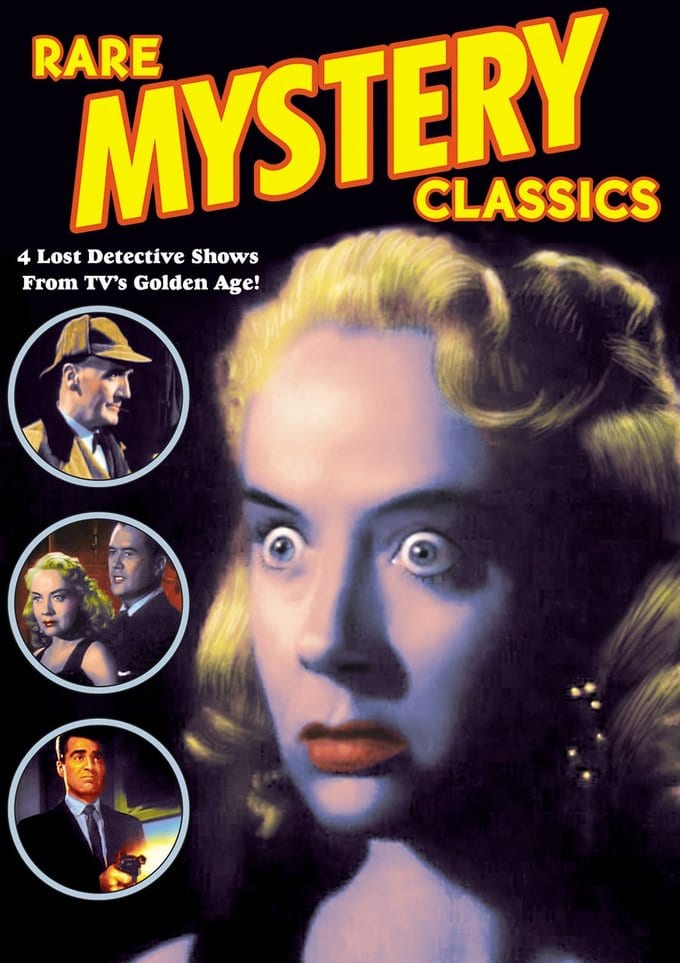 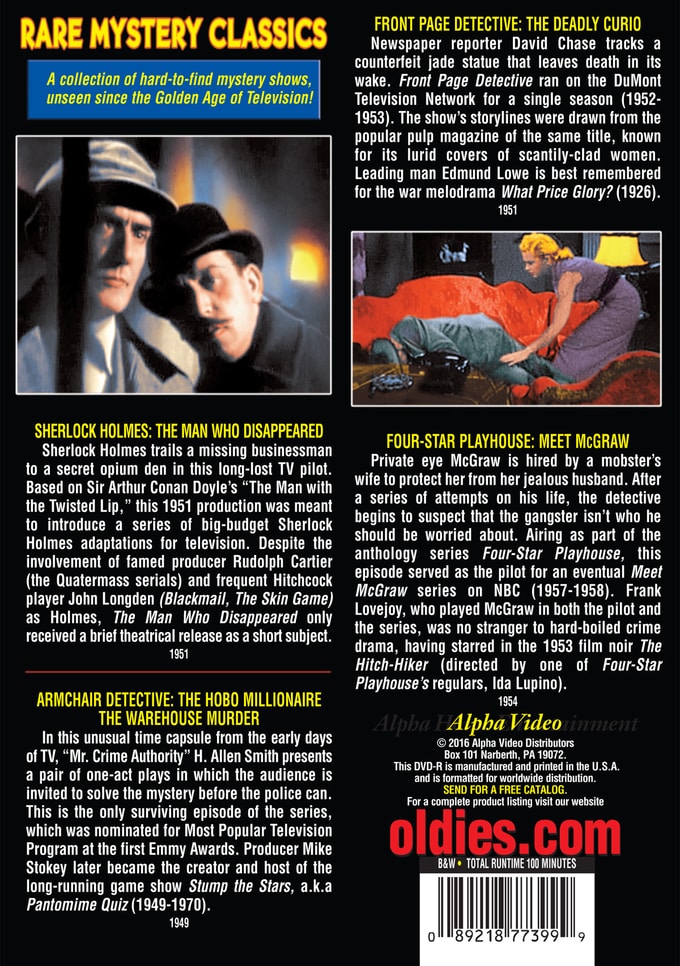 A collection of hard-to-find mystery shows, unseen since the Golden Age of Television!

Sherlock Holmes "The Man Who Disappeared" (1951): Sherlock Holmes trails a missing businessman to a secret opium den in this long-lost TV pilot. Based on Sir Arthur Conan Doyle's "The Man with the Twisted Lip", this 1951 production was meant to introduce a series of big-budget Sherlock Holmes adaptations for television. Despite the involvement of famed producer Rudolph Cartier (the Quatermass serials) and frequent Hitchcock player John Longden (Blackmail, The Skin Game) as Holmes, The Man Who Disappeared only received a brief theatrical release as a short subject.

Armchair Detective "The Hobo Millionaire/The Warehouse Murder" (1949): In this unusual time capsule from the early days of TV, "Mr. Crime Authority" H. Allen Smith presents a pair of one-act plays in which the audience is invited to solve the mystery before the police can. This is the only surviving episode of the series, which was nominated for Most Popular Television Program at the first Emmy Awards. Producer Mike Stokey later became the creator and host of the long-running game show Stump the Stars, a.k.a Pantomime Quiz (1949-1970).

Front Page Detective "The Deadly Curio" (1951): Newspaper reporter David Chase tracks a counterfeit jade statue that leaves death in its wake. Front Page Detective ran on the DuMont Television Network for a single season (1952-1953). The show's storylines were drawn from the popular pulp magazine of the same title, known for its lurid covers of scantily-clad women. Leading man Edmund Lowe is best remembered for the war melodrama What Price Glory? (1926). Starring Edmund Lowe and Virginia Christine.

Four-Star Playhouse "Meet Mcgraw" (1954): Private eye McGraw is hired by a mobster's wife to protect her from her jealous husband. After a series of attempts on his life, the detective begins to suspect that the gangster isn't who he should be worried about. Airing as part of the anthology series Four-Star Playhouse, this episode served as the pilot for an eventual Meet McGraw series on NBC (1957-1958). Frank Lovejoy, who played McGraw in both the pilot and the series, was no stranger to hard-boiled crime drama, having starred in the 1953 film noir The Hitch-Hiker (Directed by one of Four-Star Playhouse's regulars, Ida Lupino). Starring Frank Lovejoy and Audrey Totter. Directed by Frank McDonald.