Forbidden Cinema Presents: Vintage Smokers From the 1920s and 30s

A collection of ultra-rare vintage adult films, including "Mixed Relations", "Midnight 'Til Dawn", "The Payoff!" and "Golden Shower". 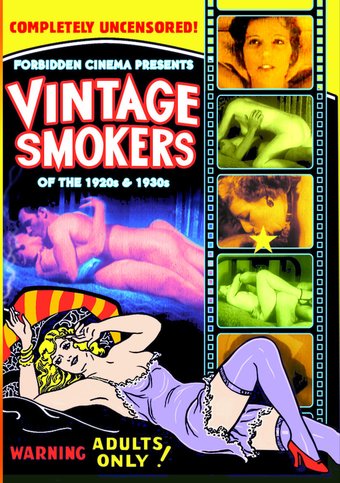 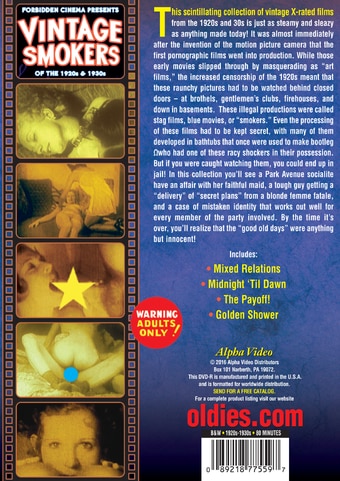 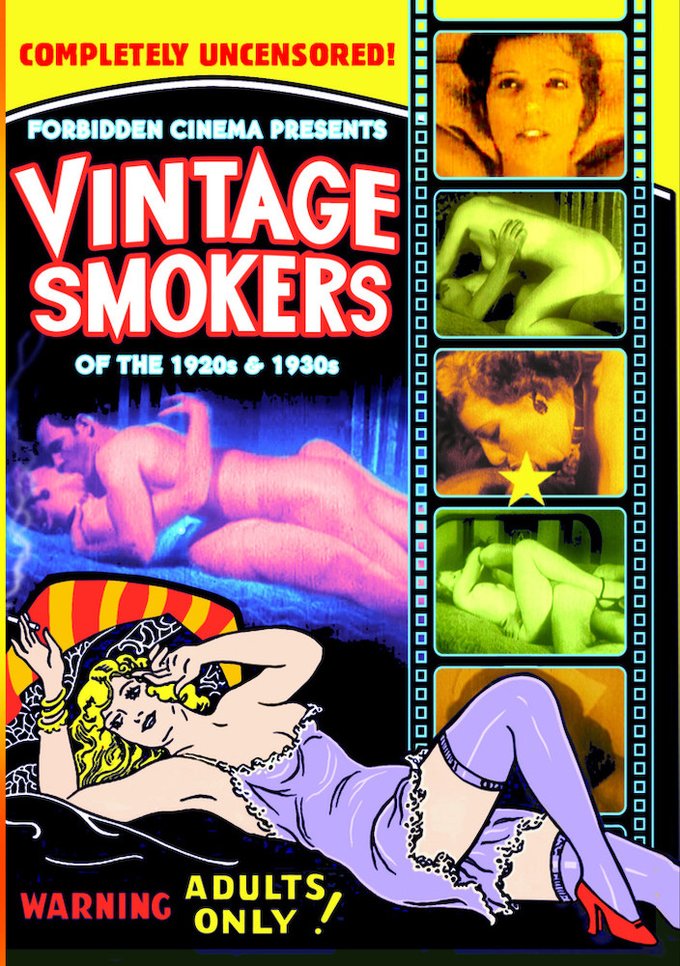 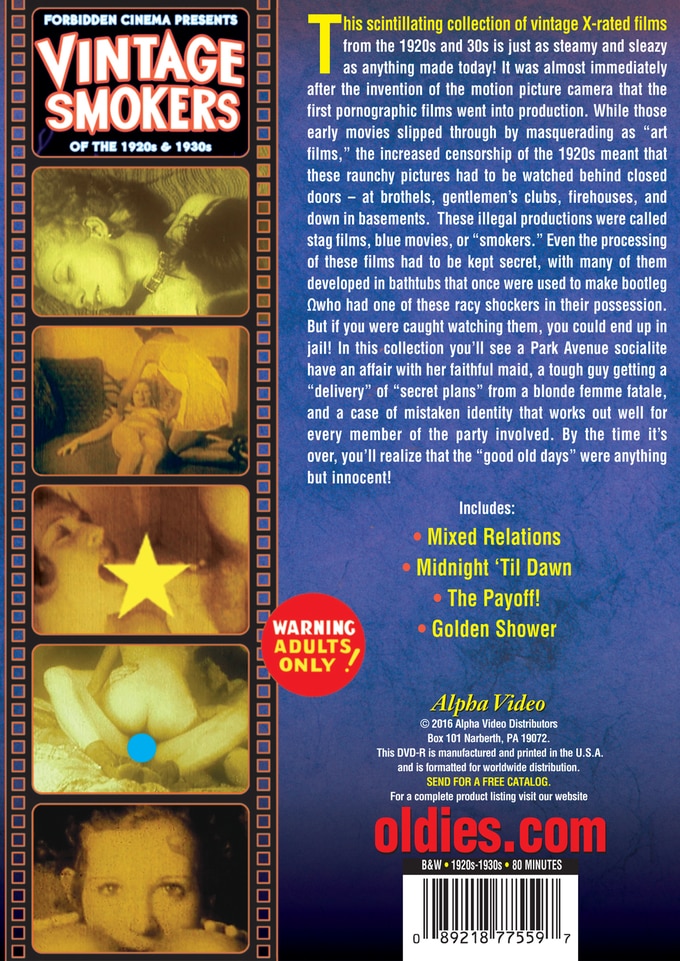 This scintillating collection of vintage adult films from the 1920s and 30s is just as steamy and sleazy as anything made today! It was almost immediately after the invention of the motion picture camera that the first pornographic films went into production. While those early movies slipped through by masquerading as "art films," the increased censorship of the 1920s meant that these raunchy pictures had to be watched wherever people could find a closed door -- brothels, gentlemen's clubs, firehouses, basements. Now illegal, they were called stag films, blue movies, or "smokers." Even the processing of these films had to be kept secret, with many of them developed in bathtubs that once were used to make bootleg gin. If you were lucky, you might meet a traveling salesman who had one of these racy shockers in their possession. But if you were caught watching them, you could end up in jail! In this collection you'll see a Park Avenue socialite have an affair with her faithful maid, a tough guy getting a "delivery" of "secret plans" from a blonde femme fatale, and a case of mistaken identity that works out well for every member of the party involved. By the time it's over, you'll realize that the "good old days" were anything but innocent!

Includes "Mixed Relations", "Midnight 'Til Dawn", "The Payoff!" and "Golden Shower."
This product is made-on-demand by the manufacturer using DVD-R recordable media. Almost all DVD players can play DVD-Rs (except for some older models made before 2000) - please consult your owner's manual for formats compatible with your player. These DVD-Rs may not play on all computers or DVD player/recorders. To address this, the manufacturer recommends viewing this product on a DVD player that does not have recording capability.