A brutal, nightmarish and hallucinatory tale of an innocent man who is drawn into a murder and blackmail plot after being seduced by a femme fatale. 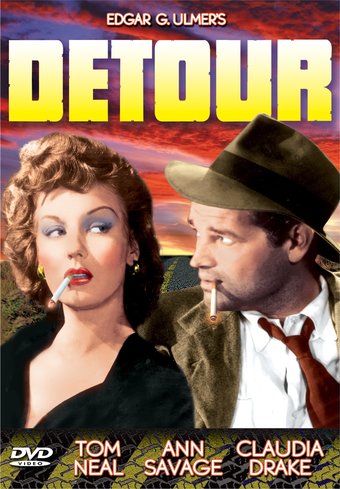 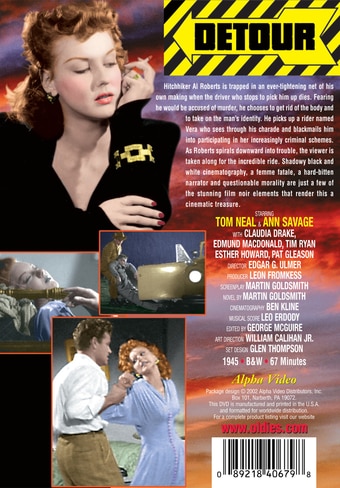 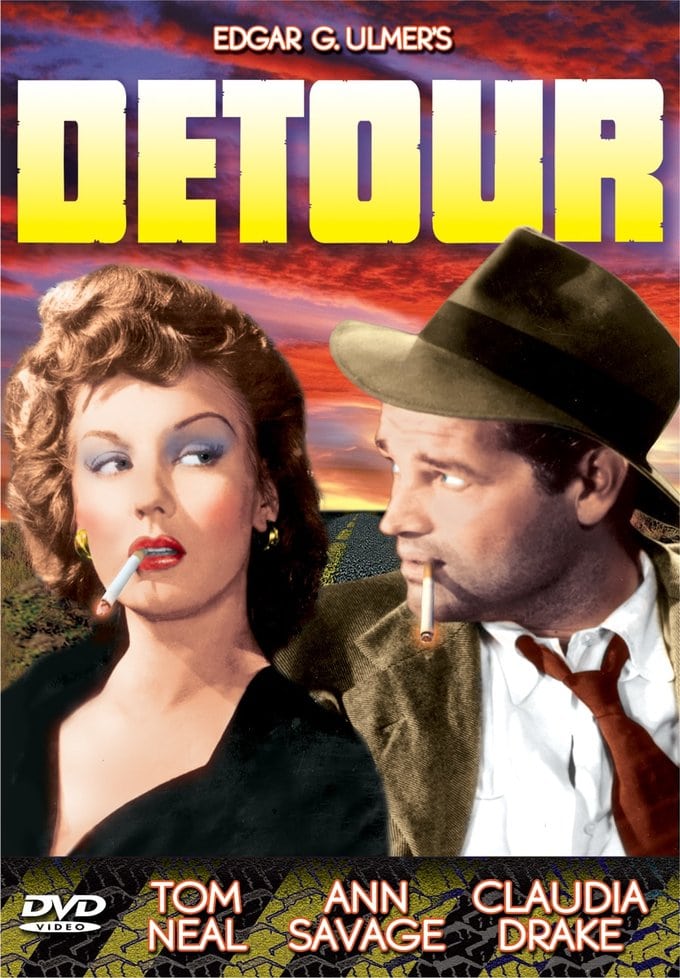 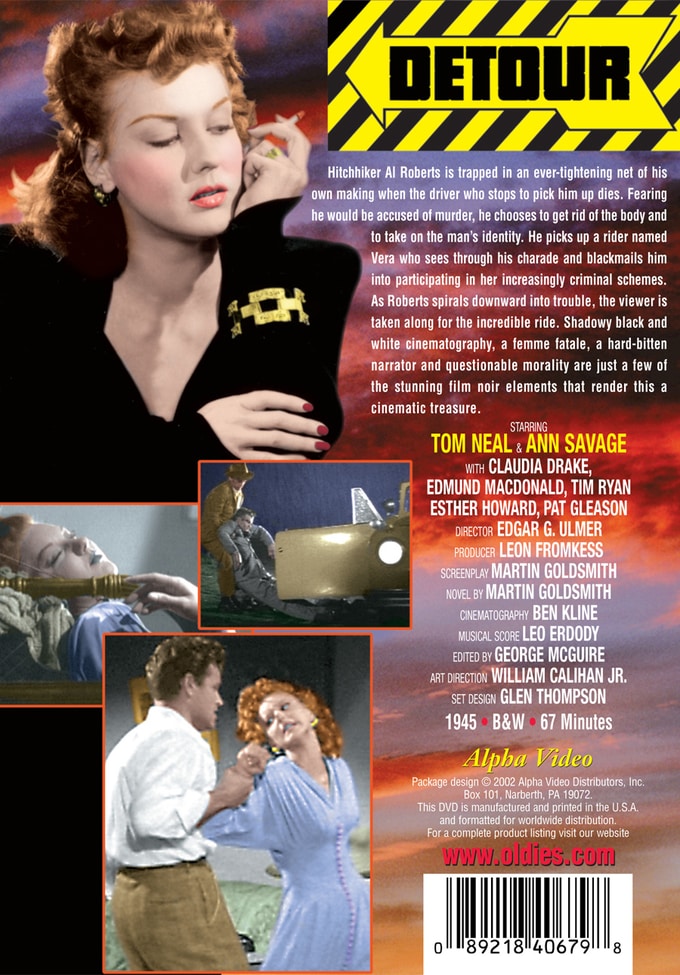 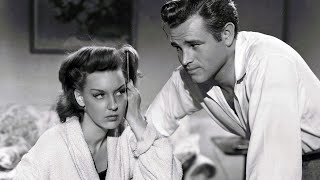 Hitchhiker Al Roberts is trapped in an ever-tightening net of his own making when the driver who stops to pick him up dies. Fearing he would be accused of murder, he chooses to get rid of the body and to take on the man's identity. He picks up a rider named Vera who sees through his charade and blackmails him into participating in her increasingly criminal schemes. As Roberts spirals downward into trouble, the viewer is taken along for the incredible ride. Shadowy black and white cinematography, a femme fatale, a hard-bitten narrator and questionable morality are just a few of the stunning film noir elements that render this a cinematic treasure.

Low budget director Edgar G. Ulmer cemented his reputation with this downbeat film noir masterpiece. It has since inspired countless filmmakers. The use of minimal sets and rear-screen projection gives a feeling of a claustrophobic nightmare as Al (Tom Neal) a down-and-out piano player, hitchhikes from New York to Los Angeles in order to be with his singer girlfriend (Claudia Drake). Fate has other plans for Al when he steps into the car of a character named Haskel (Edmund MacDonald), who promptly dies in his sleep one night while Al is driving. Afraid the cops will never believe the truth, Al takes Haskell's money, car, and identity, and tries to make it to Los Angeles, only to have fate intervene again when he picks up a mean-spirited female hitchhiker (Ann Savage).

This film is short, cramped and breathtaking, with no pause in its relentless rhythm of despair. Tom Neal's performance as the man snared in a web of fate is raw and real. Ann Savage is fierce. Ulmer's direction is hallucinatory and amazing. From a script by mystery writer Martin Goldsmith, this film demands repeat viewing by any serious student of cinema, or lover of movies.

Customer Rating:
Based on 22994 ratings.


A true 'noir' classic, this film's well-deserved reputation preceeds it; it's dark, brooding & totally mesmerizing. Tom Neal and Ann Savage are nothing short of brilliant -- this is unquestionably the best work ever done by both; Neal's deepening desperation is well-matched by Savage's spitting portrayal of evil incarnate. Get this one; don't hesitate, don't second-guess yourself -- GET IT!!


This is top of the line film noir. Tom Neal plays a man unexpectedly drawn into a web of murder and blckmail. His acting is deep and you can feel the sadness in his character. Ann Savage is among the most sinister and vicious femme fatales found in this type of movie. I found myself hating her character because she played the part so well. Although there are a few other characters - especially the man whose death causes all the drama in the film - Neal and Savage are virtually alone, fighting each other and themelves in a bitter war of greed. And be ready for a surprise ending that will leave you shocked.


Bleak, fatalistic, and wonderful. A paranoid loser of a piano player hitch-hiking cross-country swaps identities with a man who (in)conveniently dies while giving him a ride and is then himself trapped, when he picks up the dying, vicious hitch-hiker Ann Savage, into a bizarre plot involving that same identity. Great themes, such as taking responsibility for one's actions vs. fate at the hands of an indifferent universe, and the reliability of the narration, with classic film noir.


What a great B movie clasic. Ann Savage is pure evil. I highly recamend to crime drama fans.


Told in flashback, this is one stark tale, believe me. The archetypical victim of circumstance, Tom Neal travels from the gutter to the gallows in no time flat, and Ann Savage steers him unfailingly towards personal disaster. Neal's character is only borderline sympathetic---after all, this IS film noir---while Savage's Vera is completely reprehensible. DETOUR is a gritty, grimy tale that defined American film noir.