A collection of rare silent shorts featuring the comic artistry of Billy Bevan. 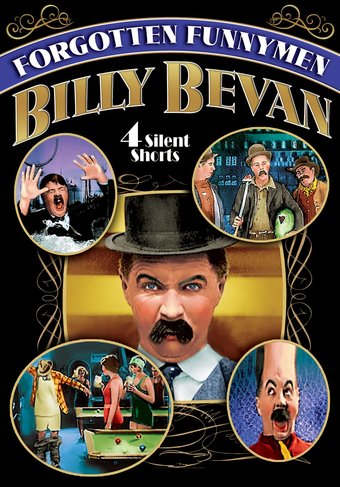 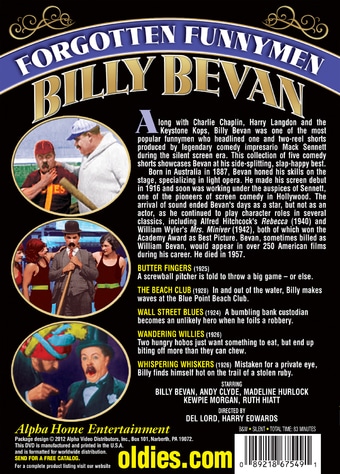 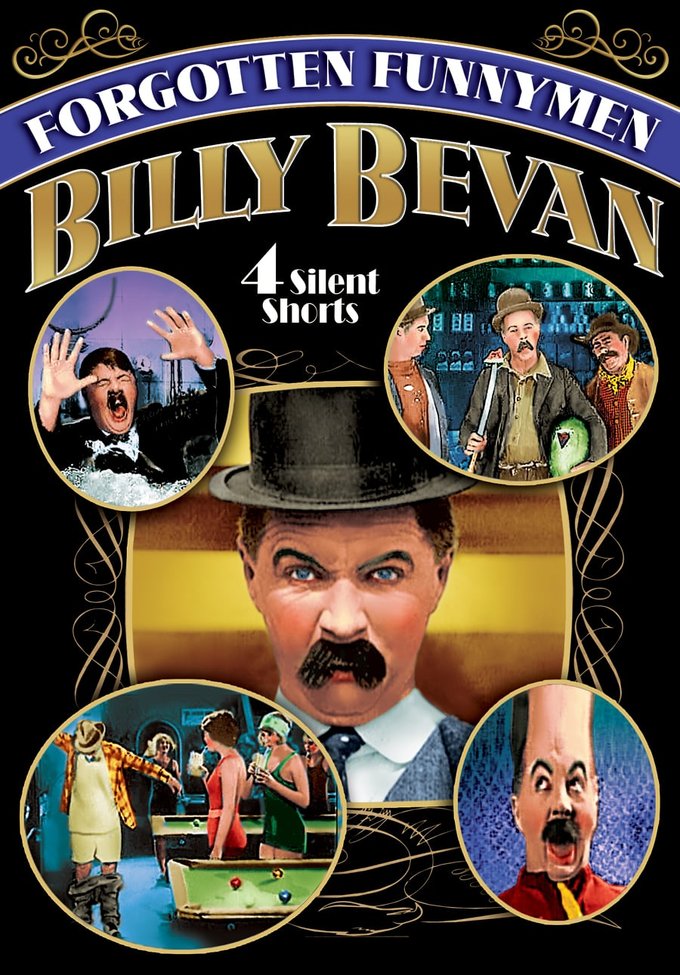 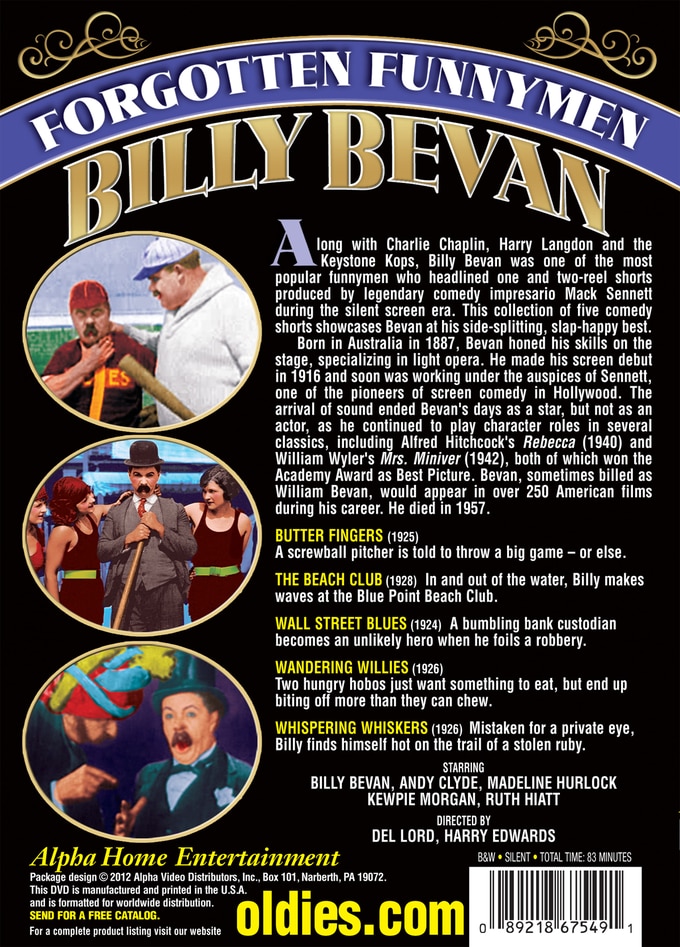 Along with Charlie Chaplin, Harry Langdon and the Keystone Kops, Billy Bevan was one of the most popular funnymen who headlined one- and two-reel shorts produced by legendary comedy impresario Mack Sennett during the silent screen era. This collection of five comedy shorts showcases Bevan at his side-splitting, slap-happy best.

Born in Australia in 1887, Bevan honed his skills on the stage, specializing in light opera. He made his screen debut some time in 1916 and soon enough was working under the auspices of Sennett, one of the pioneers of screen comedy in Hollywood. The arrival of sound ended Bevan's days as a star but not as an actor, as he continued to play character roles in several classics, including Alfred Hitchcock's Rebecca (1940) and William Wyler's Mrs. Miniver (1942), both of which won the Academy Award as Best Picture. Bevan, sometimes billed as William Bevan, would appear in over 250 American films during his career. He died in 1957.

BUTTER FINGERS (1925): A screwball pitcher is told to throw a big game - or else. Starring Billy Bevan, Andy Clyde; Directed By Del Lord.

THE BEACH CLUB (1928): In and out of the water, Billy makes waves at the Blue Point Beach Club. Starring Billy Bevan, Andy Clyde, Madeline Hurlock; Directed By Harry Edwards.

WHISPERING WHISKERS (1926): Mistaken for a private eye, Billy finds himself hot (or not) on the trail of a stolen ruby. Starring Andy Clyde, Kewpie Morgan; Directed By Del Lord.