A collection of rare silent and sound shorts containing the "Old Man of Comedy" Jack Duffy. 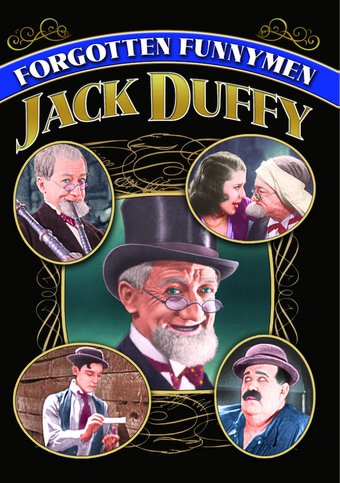 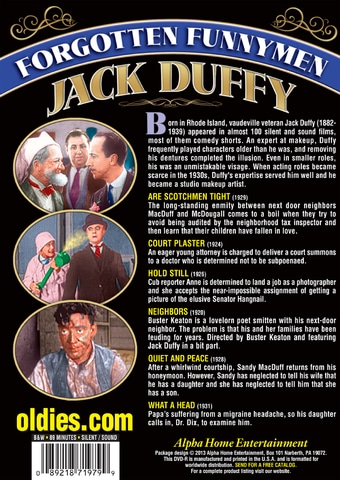 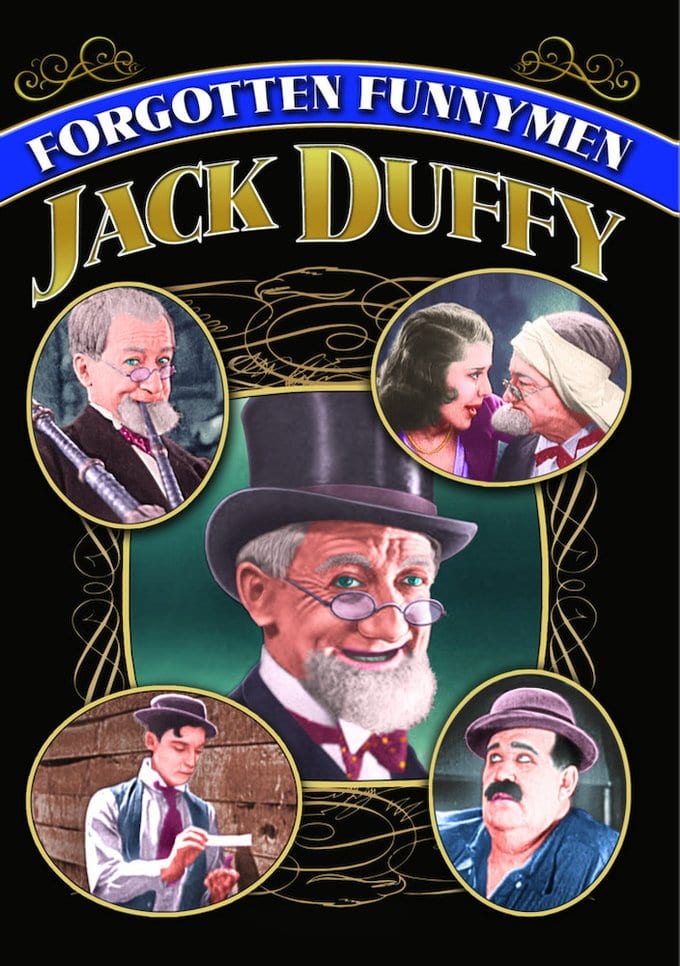 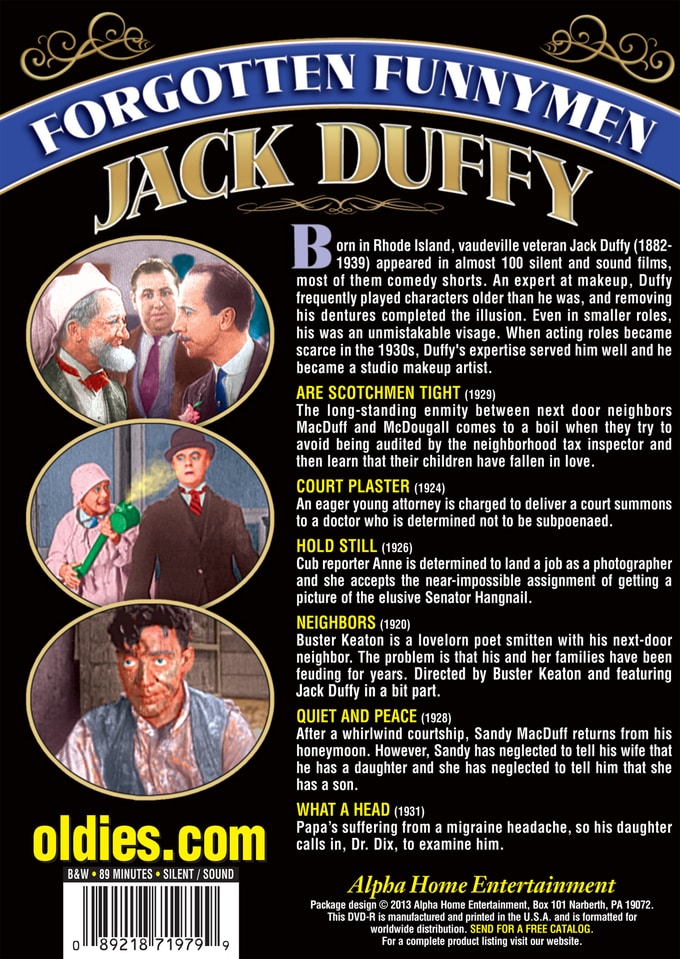 Born in Rhode Island, vaudeville veteran Jack Duffy (1882-1939) appeared in almost 100 silent and sound films, most of them comedy shorts. An expert at makeup, Duffy frequently played characters older than he was, and removing his dentures completed the illusion. Even in smaller roles, his was an unmistakable visage. When acting roles became scarce in the 1930s, Duffy's expertise served him well and he became a studio makeup artist.

ARE SCOTCHMEN TIGHT (1929): The long-standing enmity between next door neighbors MacDuff and McDougall comes to a boil when they try to avoid being audited by the neighborhood tax inspector and then learn that their children have fallen in love.

COURT PLASTER (1924): An eager young attorney is charged to deliver a court summons to a doctor who is determined not to be subpoenaed.

HOLD STILL (1926): Cub reporter Anne is determined to land a job as a photographer and she accepts the near-impossible assignment of getting a picture of the elusive Senator Hangnail.

NEIGHBORS (1920): Buster Keaton is a lovelorn poet smitten with his next-door neighbor. The problem is that his and her families have been feuding for years. Directed by Buster Keaton and featuring Jack Duffy in a bit part.

WHAT A HEAD (1931) : Papa's suffering from a migraine headache, so his daughter calls in, Dr. Dix, to examine him.

25%off
Female Comediennes of the Silent Screen (Silent)
$5.95 on Sale
Add to Cart