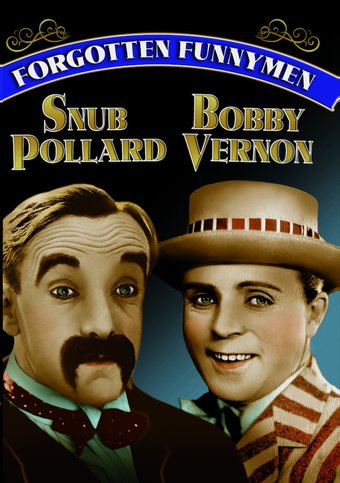 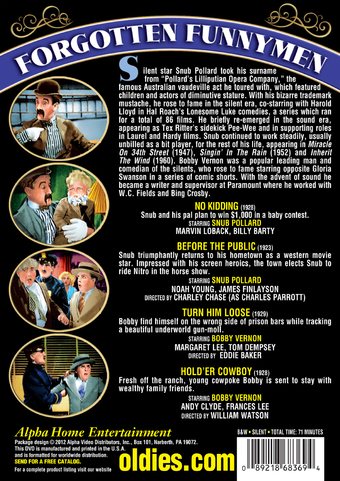 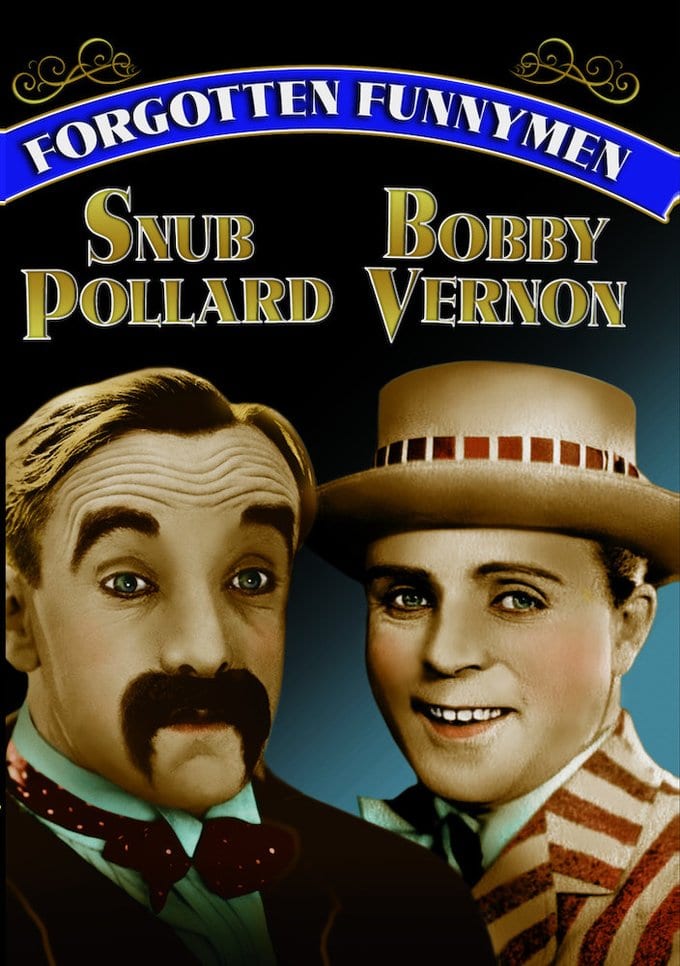 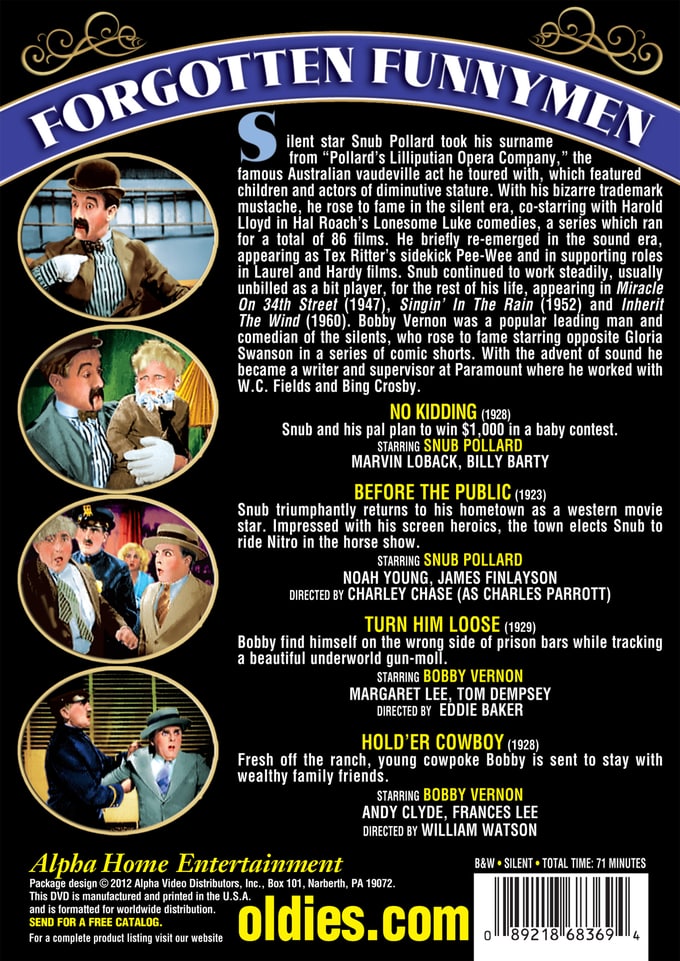 Silent star Snub Pollard took his surname from "Pollard's Lilliputian Opera Company," the famous Australian vaudeville act he toured with, which featured children and actors of diminutive stature. With his bizarre trademark mustache, he rose to fame in the silent era, co-starring with Harold Lloyd in Hal Roach's Lonesome Luke comedies, a series which ran for a total of 86 films. He briefly re-emerged in the sound era, appearing as Tex Ritter's sidekick Pee-Wee and in supporting roles in Laurel and Hardy films. Snub continued to work steadily, usually unbilled as a bit player, for the rest of his life, appearing in Miracle On 34th Street (1947), Singin' In The Rain (1952) and Inherit The Wind (1960). Bobby Vernon was a popular leading man and comedian of the silents, who rose to fame starring opposite Gloria Swanson in a series of comic shorts. With the advent of sound he became a writer and supervisor at Paramount where he worked with W.C. Fields and Bing Crosby.

BEFORE THE PUBLIC (1923): Snub triumphantly returns to his hometown as a western movie star. Impressed with his screen heroics, the town elects Snub to ride Nitro in the horse show. Starring Snub Pollard, Noah Young, James Finlayson; Directed by Charley Chase (as Charles Parrott).

TURN HIM LOOSE (1929): Bobby find himself on the wrong side of prison bars while tracking a beautiful underworld gun-moll. Starring Bobby Vernon, Margaret Lee, Tom Dempsey; Directed by Eddie Baker.