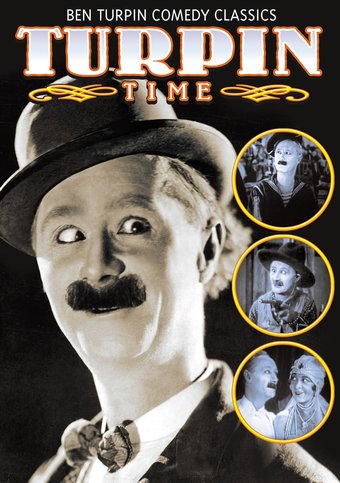 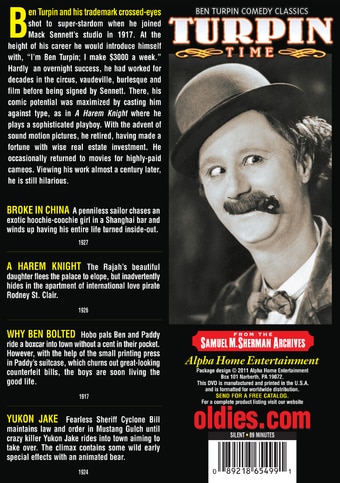 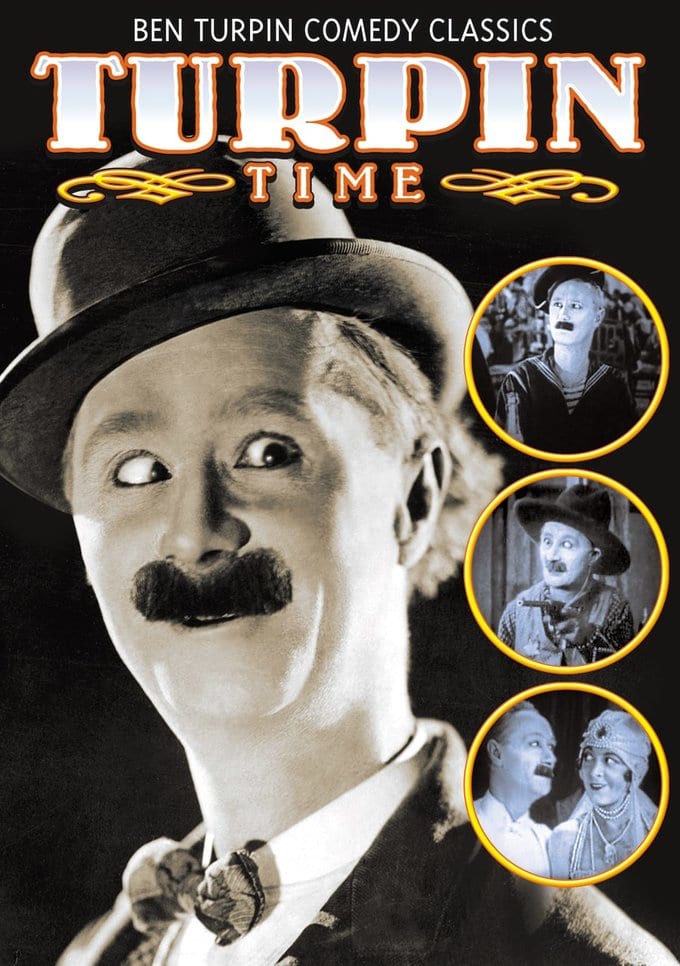 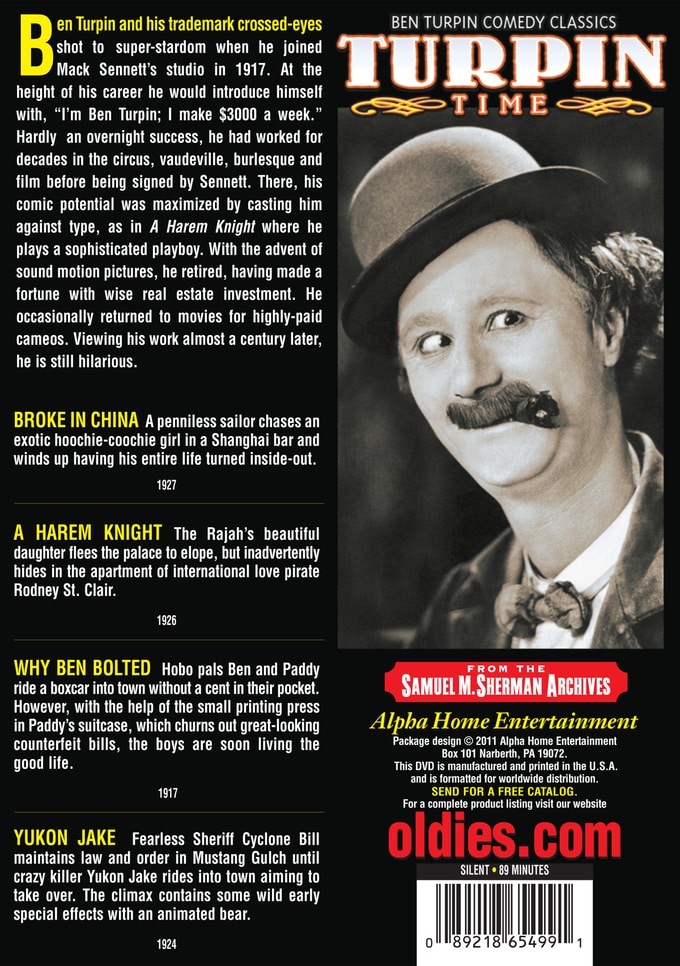 Ben Turpin and his trademark crossed-eyes shot to super-stardom when he joined Mack Sennett's studio in 1917. At the height of his career he would introduce himself with, "I'm Ben Turpin; I make $3000 a week." Hardly an overnight success, he had worked for decades in the circus, vaudeville, burlesque and film before being signed by Sennett. There, his comic potential was maximized by casting him against type, as in A Harem Knight where he plays a sophisticated playboy. With the advent of sound motion pictures, he retired, having made a fortune with wise real estate investment. He occasionally returned to movies for highly-paid cameos. Viewing his work almost a century later, he is still hilarious.

Broke In China (1927): A penniless sailor chases an exotic hoochie-coochie girl in a Shanghai bar and winds up having his entire life turned inside-out.

A Harem Knight (1926): The Rajah's beautiful daughter flees the palace to elope, but inadvertently hides in the apartment of international love pirate Rodney St. Clair.

Why Ben Bolted (1917): Hobo pals Ben and Paddy ride a boxcar into town without a cent in their pocket. However, with the help of the small printing press in Paddy's suitcase, which churns out great-looking counterfeit bills, the boys are soon living the good life.

As one of early Hollywood's most unusual success stories, Ben Turpin (1869-1940) parlayed a physical disadvantage - permanently crossed eyes - into the foundation of his shtick and his onscreen persona. This was hardly a fluke, however: the comic reportedly spent years working in such venues as circuses, vaudeville and burlesque prior to joining Mack Sennett's studio in 1917. Sennett's strategy involved casting the actor way against type, with roles such as an exotic playboy and a bellicose pirate - which made his goofy appearance that much more ironic. This box set features four Turpin silents: BROKE IN CHINA (1927), with Turpin as a destitute sailor trailing a hoochie-coochie girl through a Shanghai, China bar; A HAREM KNIGHT (1926), with Turpin as a "love pirate" who takes a Rajah's beautiful daughter into his apartment; WHY BEN BOLTED, with Turpin as a hobo-turned-counterfeiter; and YUKON JAKE (1924), with Turpin as the titular feared outlaw.
This product is made-on-demand by the manufacturer using DVD-R recordable media. Almost all DVD players can play DVD-Rs (except for some older models made before 2000) - please consult your owner's manual for formats compatible with your player. These DVD-Rs may not play on all computers or DVD player/recorders. To address this, the manufacturer recommends viewing this product on a DVD player that does not have recording capability.