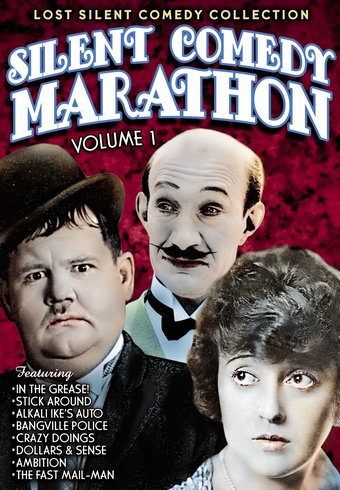 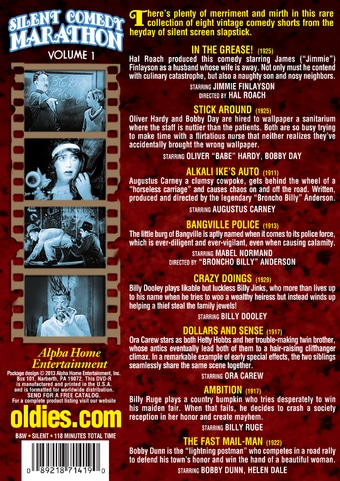 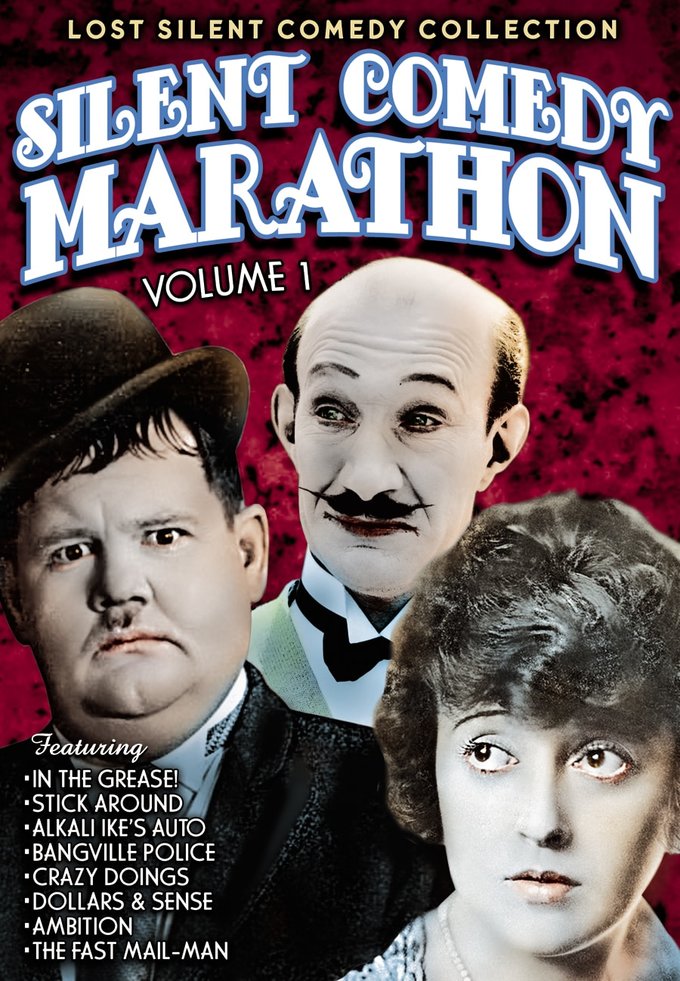 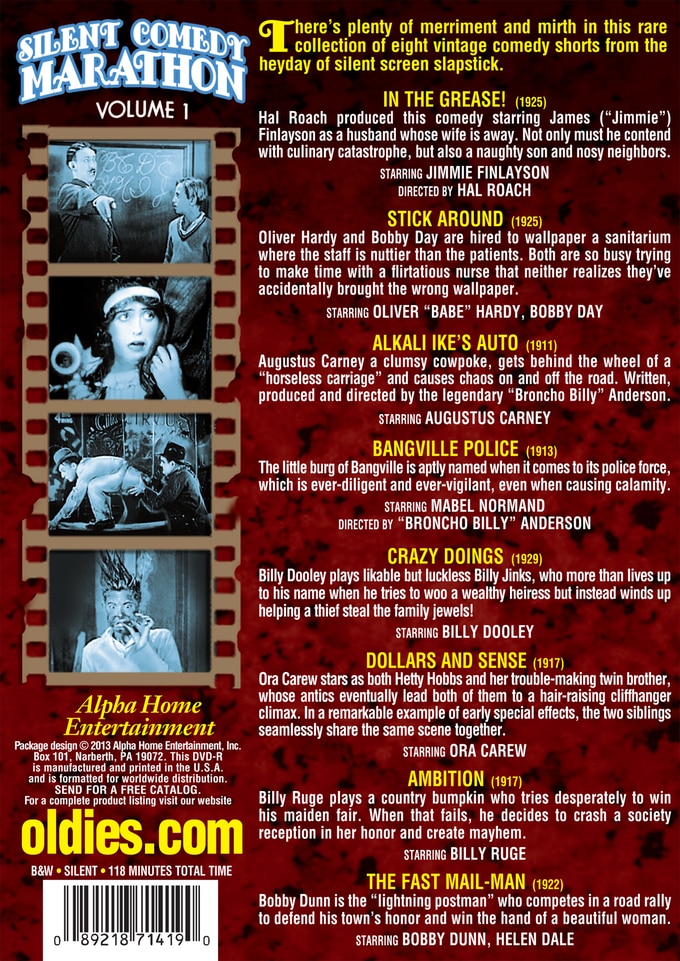 There's plenty of merriment and mirth in this rare collection of eight vintage comedy shorts from the heyday of silent screen slapstick.

In the Grease! (1925): Hal Roach produced this comedy starring James ("Jimmie") Finlayson as a husband whose wife is away. Not only must he contend with culinary catastrophe, but also a naughty son and nosy neighbors. Starring Jimmie Finlayson; directed by Hal Roach.

Stick Around (1925): Oliver Hardy and Bobby Day are hired to wallpaper a sanitarium where the staff is nuttier than the patients. Both are so busy trying to make time with a flirtatious nurse that neither realizes they've accidentally brought the wrong wallpaper. Starring Oliver "Babe" Hardy and Bobby Day.

Alkali Ike's Auto (1911): Augustus Carney a clumsy cowpoke, gets behind the wheel of a "horseless carriage" and causes chaos on and off the road. Written, produced and directed by the legendary "Broncho Billy" Anderson. Starring Augustus Carney.

Bangville Police (1913): The little burg of Bangville is aptly named when it comes to its police force, which is ever-diligent and ever-vigilant, even when causing calamity. Starring Mabel Normand; directed by "Broncho Billy" Anderson

Crazy Doings (1929): Billy Dooley plays likable but luckless Billy Jinks, who more than lives up to his name when he tries to woo a wealthy heiress but instead winds up helping a thief steal the family jewels! Starring Billy Dooley.

Dollars and Sense (1917): Ora Carew stars as both Hetty Hobbs and her trouble-making twin brother, whose antics eventually lead both of them to a hair-raising cliffhanger climax. In a remarkable example of early special effects, the two siblings seamlessly share the same scene together. Starring Ora Carew.

Ambition (1917): Billy Ruge plays a country bumpkin who tries desperately to win his maiden fair. When that fails, he decides to crash a society reception in her honor and create mayhem. Starring Billy Ruge.

The Fast Mail-Man (1922): Bobby Dunn is the "lightning postman" who competes in a road rally to defend his town's honor and win the hand of a beautiful woman. Starring Bobby Dunn and Helen Dale.