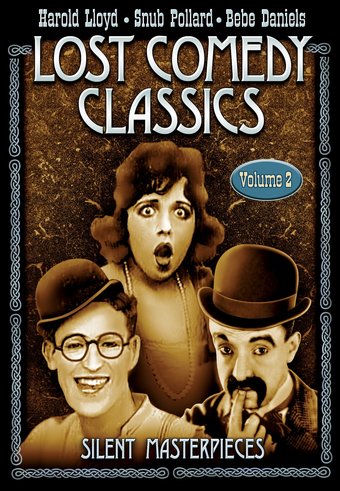 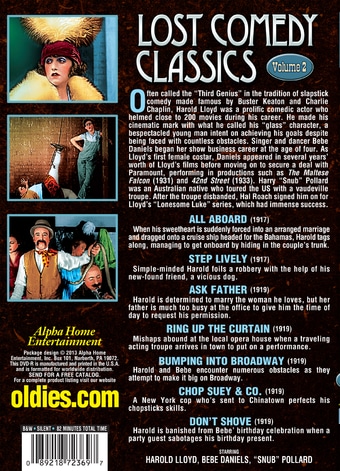 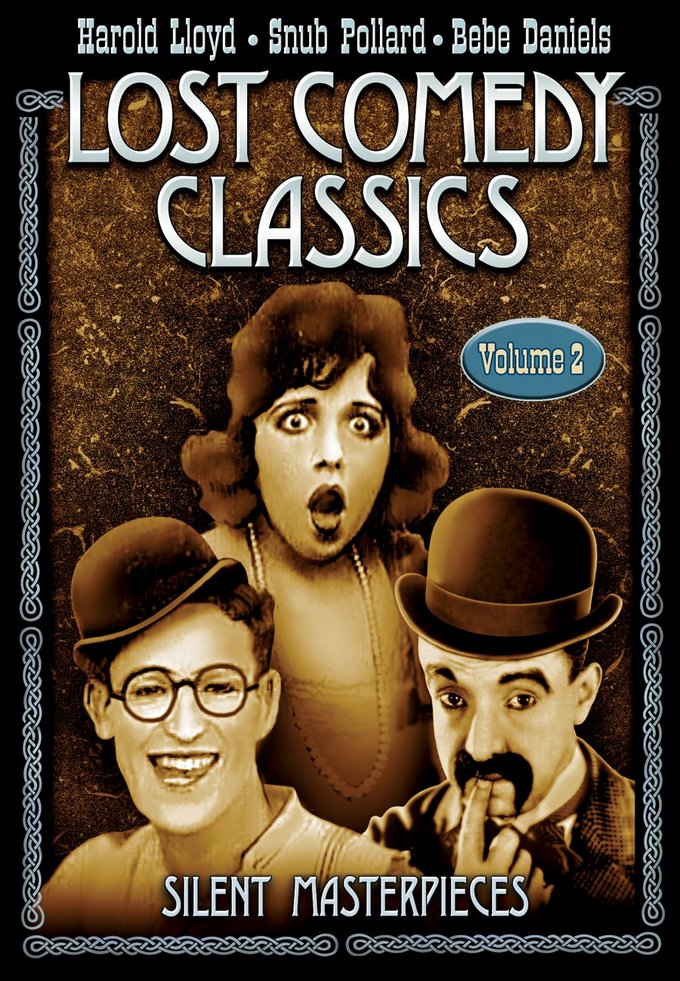 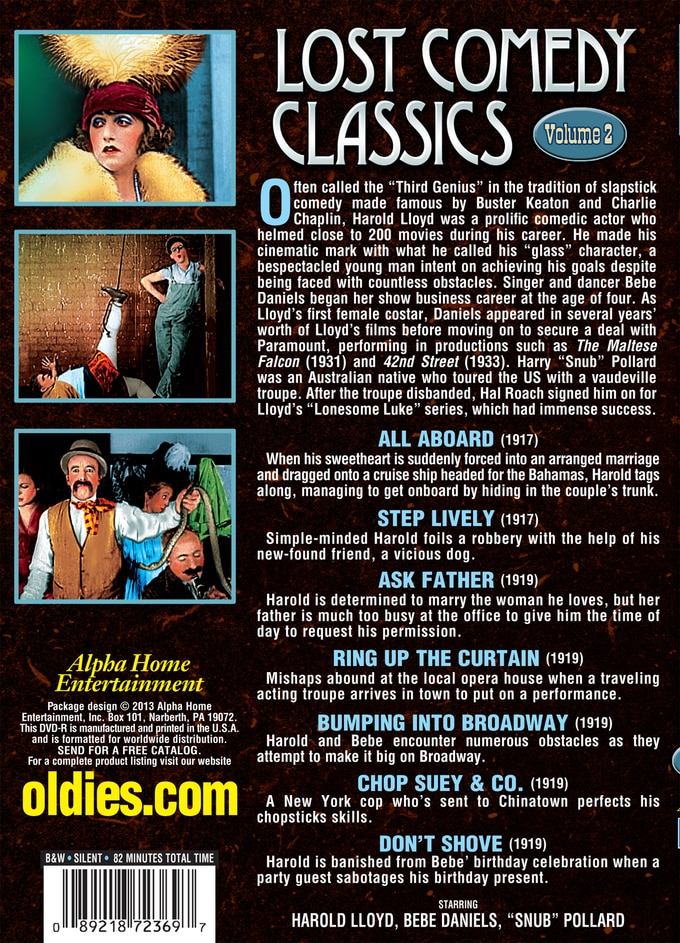 Often called the "Third Genius" in the tradition of slapstick comedy made famous by Buster Keaton and Charlie Chaplin, Harold Lloyd was a prolific comedic actor who helmed close to 200 movies during his career. He made his cinematic mark with what he called his "glass" character, a bespectacled young man intent on achieving his goals despite being faced with countless obstacles. Singer and dancer Bebe Daniels began her show business career at the age of four. As Lloyd's first female costar, Daniels appeared in several years' worth of Lloyd's films before moving on to secure a deal with Paramount, performing in productions such as The Maltese Falcon (1931) and 42nd Street (1933). Harry "Snub" Pollard was an Australian native who toured the U.S. with a vaudeville troupe. After the troupe disbanded, Hal Roach signed him on for Lloyd's "Lonesome Luke" series, which had immense success.

All Aboard (1917): When his sweetheart is suddenly forced into an arranged marriage and dragged onto a cruise ship headed for the Bahamas, Harold tags along, managing to get onboard by hiding in the couple's trunk.

Step Lively (1917): Simple-minded Harold foils a robbery with the help of his new-found friend, a vicious dog.

Ask Father (1919): Harold is determined to marry the woman he loves, but her father is much too busy at the office to give him the time of day to request his permission.

Ring Up The Curtain (1919): Mishaps abound at the local opera house when a traveling acting troupe arrives in town to put on a performance.

Bumping Into Broadway (1919): Harold and Bebe encounter numerous obstacles as they attempt to make it big on Broadway.