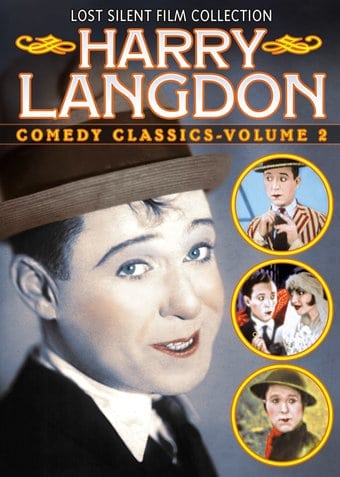 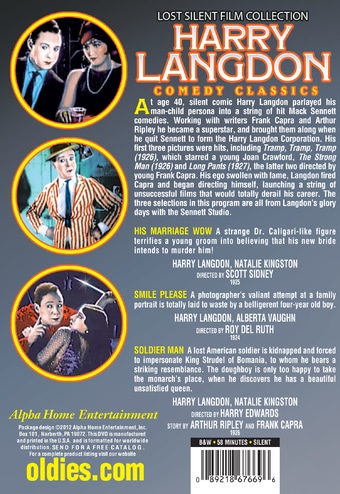 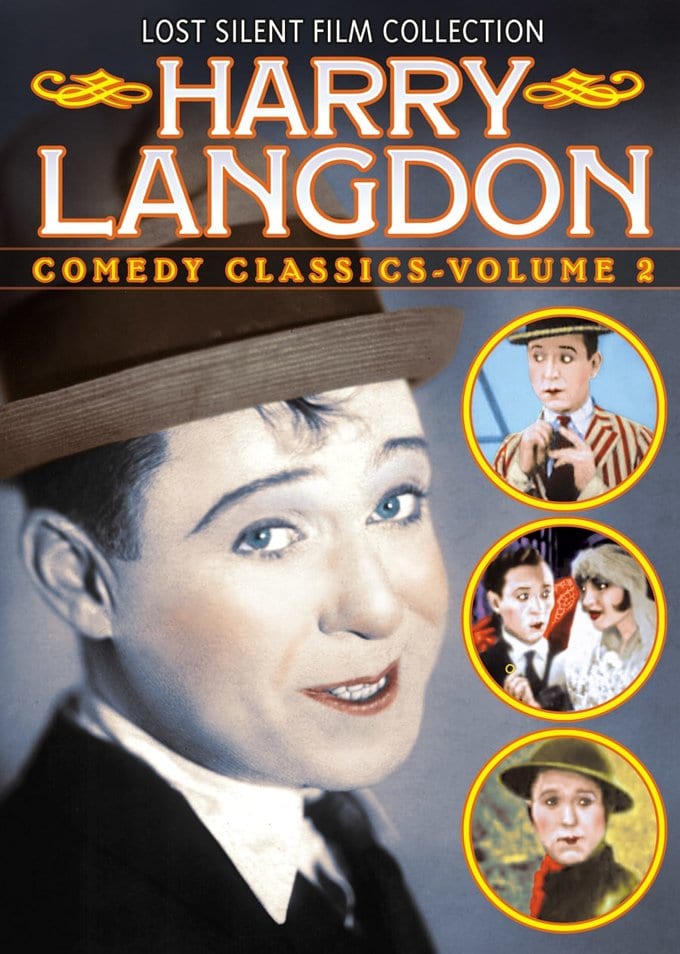 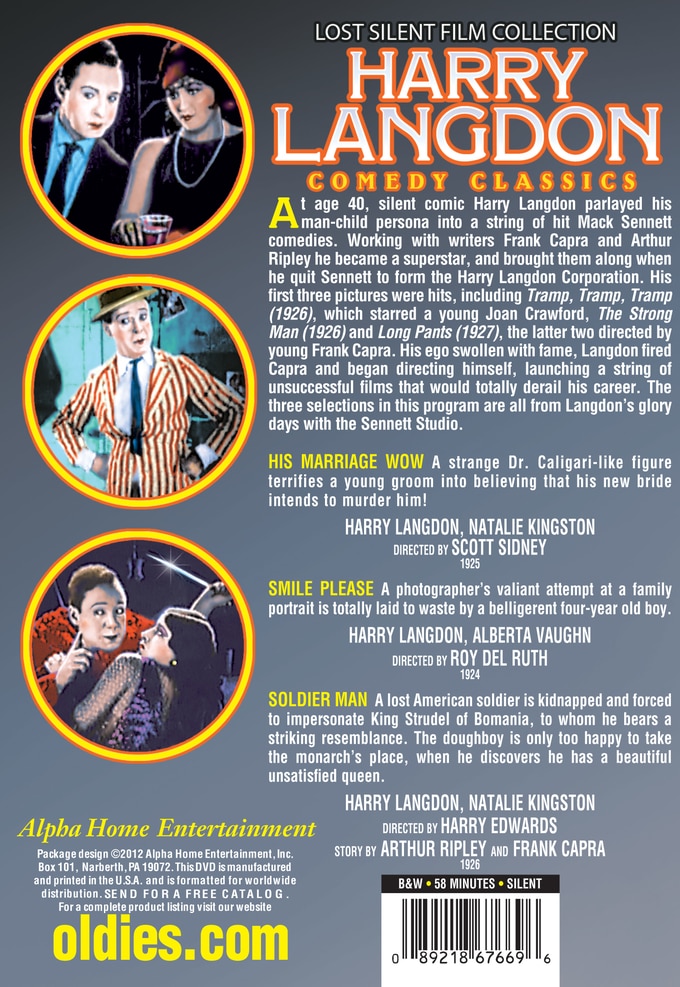 At age 40, silent comic Harry Langdon parlayed his man-child persona into a string of hit Mack Sennett comedies. Working with writers Frank Capra and Arthur Ripley he became a superstar, and brought them along when he quit Sennett to form the Harry Langdon Corporation. His first three pictures were hits, including Tramp, Tramp, Tramp (1926), which starred a young Joan Crawford, The Strong Man (1926) and Long Pants (1927), the latter two directed by young Frank Capra. His ego swollen with fame, Langdon fired Capra and began directing himself, launching a string of unsuccessful films that would totally derail his career. The three selections in this program are all from Langdon's glory days with the Sennett Studio.

Soldier Man (1926, B&W, Silent): A lost American soldier is kidnapped and forced to impersonate King Strudel of Bomania, to whom he bears a striking resemblance. The doughboy is only too happy to take the monarch's place, when he discovers he has a beautiful unsatisfied queen. Stars Harry Langdon, Natalie Kingston; Directed by Harry Edwards; Story by Arthur Ripley and Frank Capra.