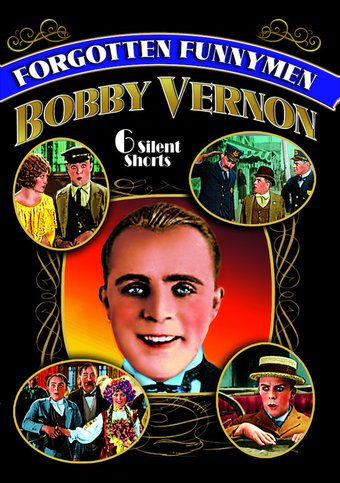 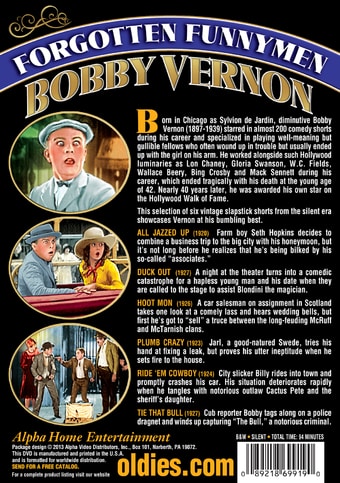 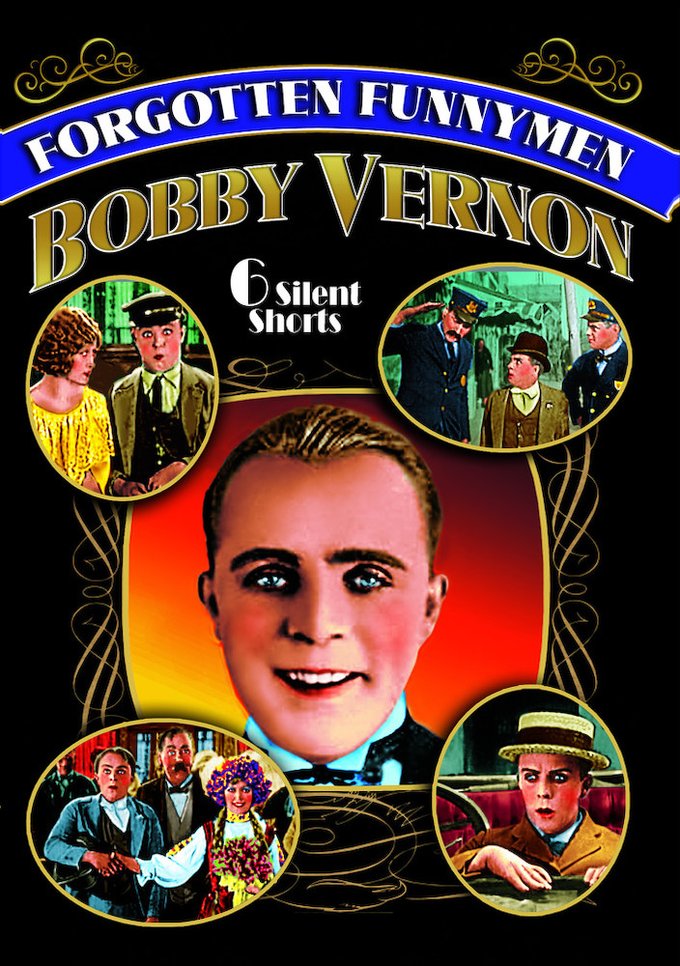 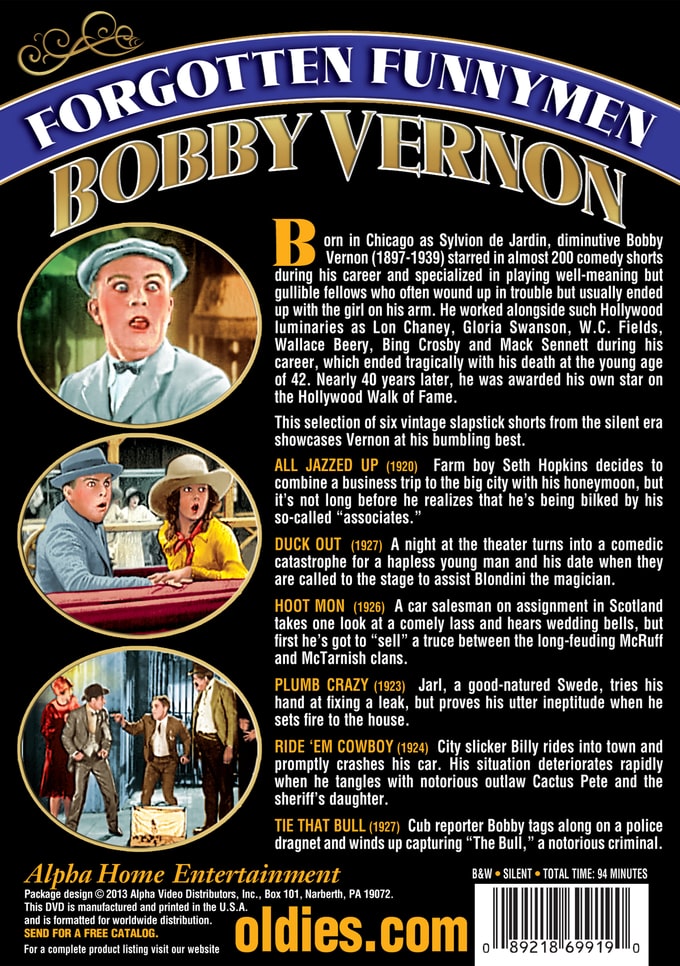 Born in Chicago as Sylvion de Jardin, diminutive Bobby Vernon (1897-1939) starred in almost 200 comedy shorts during his career and specialized in playing well-meaning but gullible fellows who often wound up in trouble but usually ended up with the girl on his arm. He worked alongside such Hollywood luminaries as Lon Chaney, Gloria Swanson, W.C. Fields, Wallace Beery, Bing Crosby and Mack Sennett during his career, which ended tragically with his death at the young age of 42. Nearly 40 years later, he was awarded his own star on the Hollywood Walk of Fame. This selection of six vintage slapstick shorts from the silent era showcases Vernon at his bumbling best.

ALL JAZZED UP (1920): Farm boy Seth Hopkins decides to combine a business trip to the big city with his honeymoon, but it's not long before he realizes that he's being bilked by his so-called "associates."

DUCK OUT (1927): A night at the theater turns into a comedic catastrophe for a hapless young man and his date when they are called to the stage to assist Blondini the magician.

HOOT MON (1926): A car salesman on assignment in Scotland takes one look at a comely lass and hears wedding bells, but first he's got to "sell" a truce between the long-feuding McRuff and McTarnish clans.

PLUMB CRAZY (1923): Jarl, a good-natured Swede, tries his hand at fixing a leak, but proves his utter ineptitude when he sets fire to the house.

RIDE 'EM COWBOY (1924): City slicker Billy rides into town and promptly crashes his car. His situation deteriorates rapidly when he tangles with notorious outlaw Cactus Pete and the sheriff's daughter.

TIE THAT BULL (1927): Cub reporter Bobby tags along on a police dragnet and winds up capturing "The Bull," a notorious criminal.