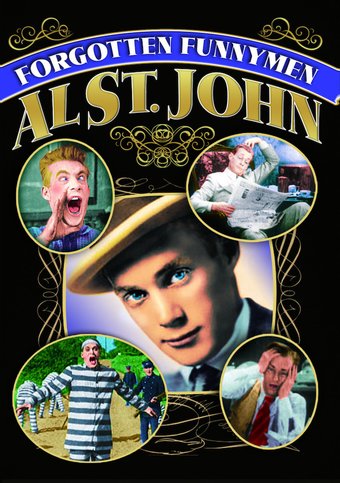 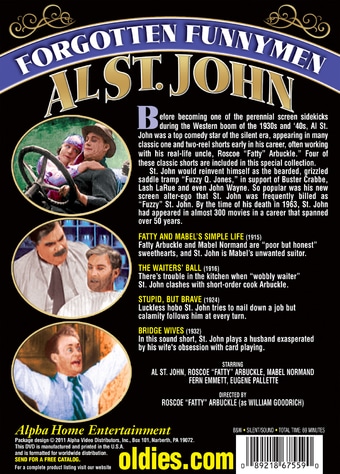 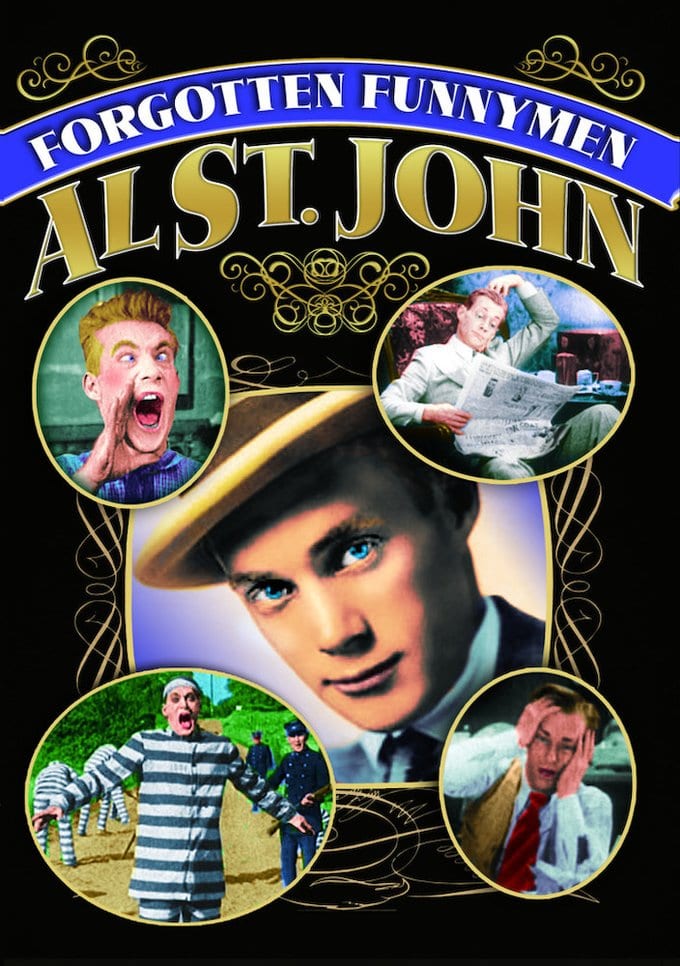 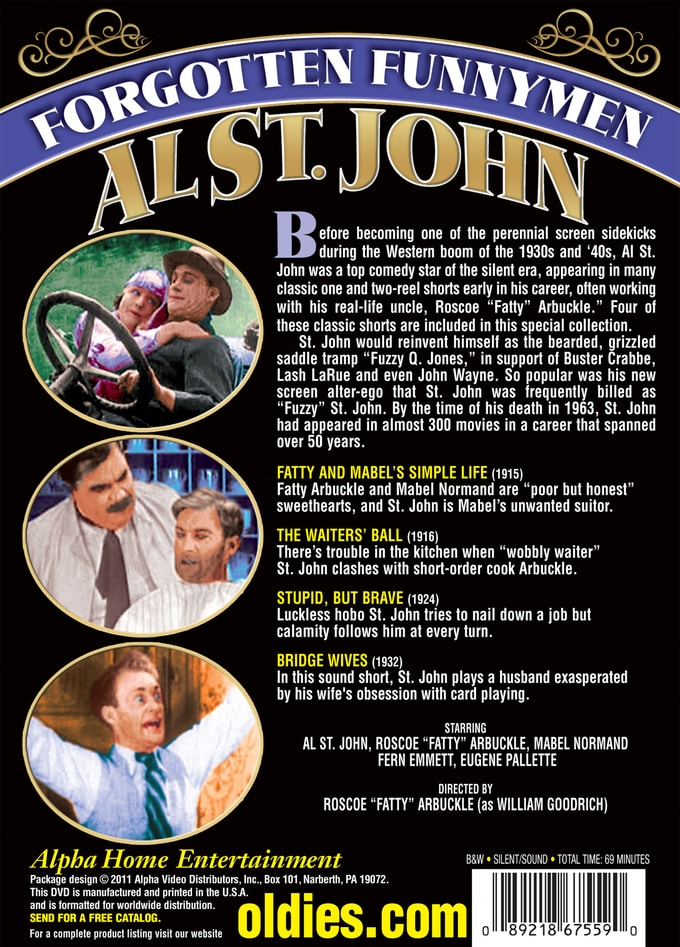 Before becoming one of the perennial screen sidekicks during the Western boom of the 1930s and '40s, Al St. John was a top comedy star of the silent era, appearing in many classic one- and two-reel shorts early in his career, often working with his real-life uncle, Roscoe "Fatty" Arbuckle. Four of these classic shorts are included in this special collection.

St. John would reinvent himself as the bearded, grizzled saddle tramp "Fuzzy Q. Jones," in support of Buster Crabbe, Lash LaRue and even John Wayne. So popular was his new screen alter-ego that St. John was frequently billed as "Fuzzy" St. John. By the time of his death in 1963, St. John had appeared in almost 300 movies in a career that spanned over 50 years.

Get ready to laugh with this collection of classic comedy shorts featuring prolific silent-era star Al St. John.
This product is made-on-demand by the manufacturer using DVD-R recordable media. Almost all DVD players can play DVD-Rs (except for some older models made before 2000) - please consult your owner's manual for formats compatible with your player. These DVD-Rs may not play on all computers or DVD player/recorders. To address this, the manufacturer recommends viewing this product on a DVD player that does not have recording capability.