A collection of mysterious terror filled tales of the unexpected from the earliest days of television. 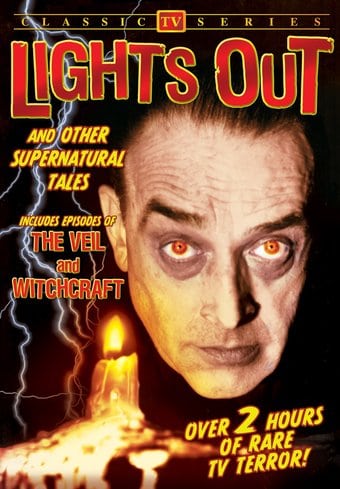 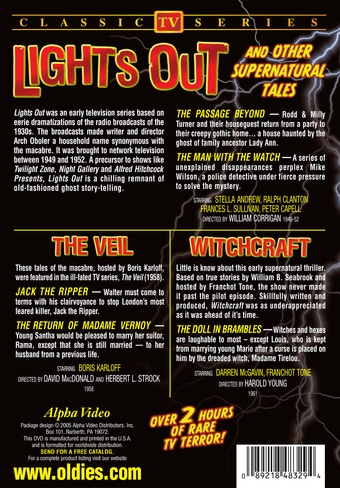 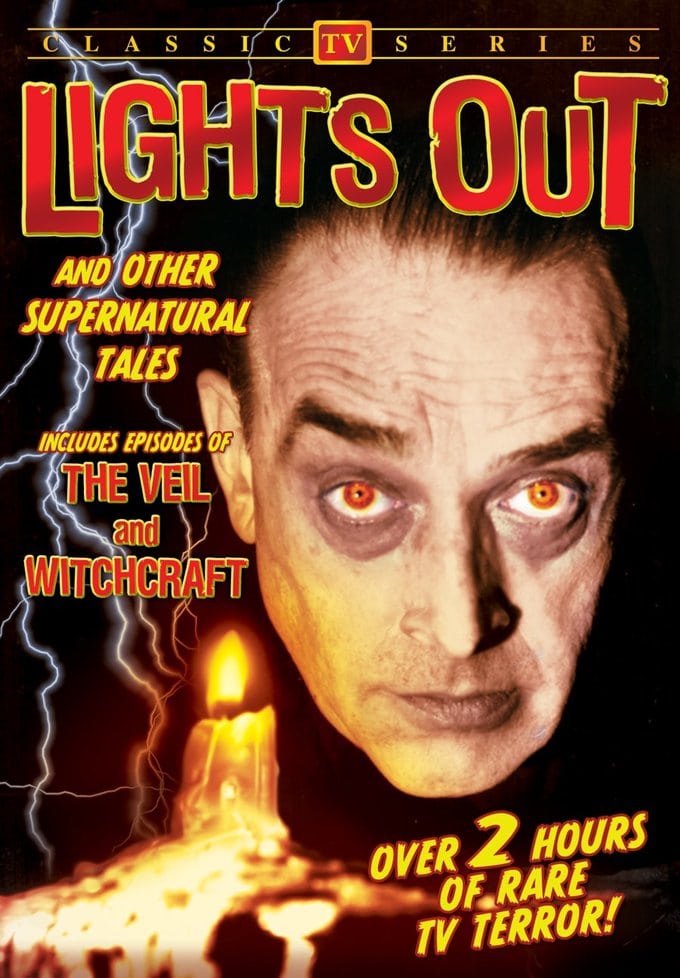 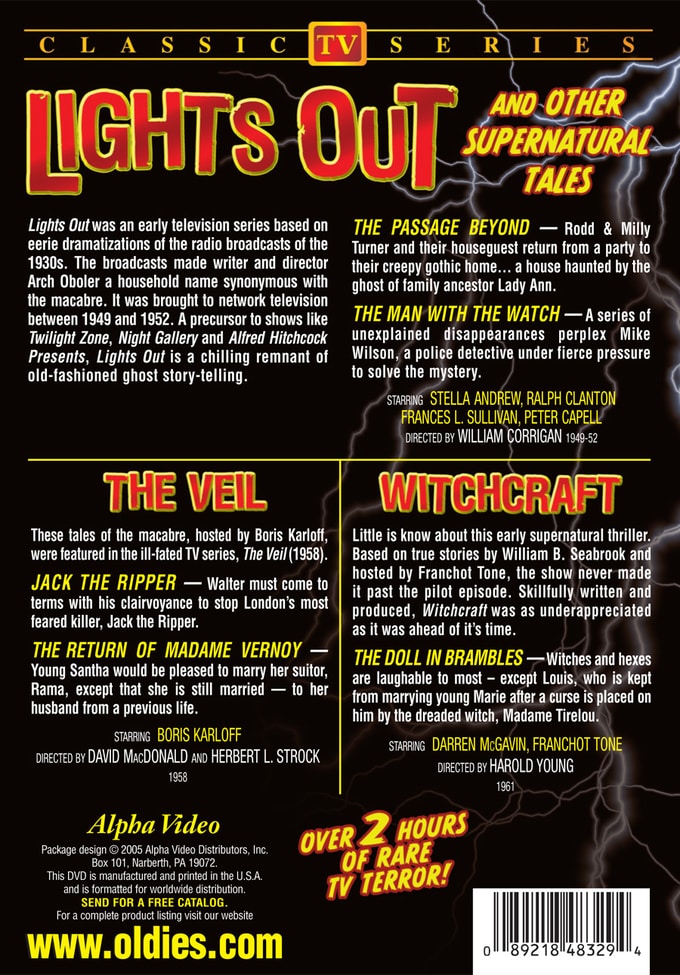 "LIGHTS OUT" (1949-1952): "Lights Out" was an early television series based on eerie dramatizations of the radio broadcasts of the 1930s. The broadcasts made writer and director Arch Oboler a household name synonymous with the macabre. It was brought to network television between 1949 and 1952. A precursor to shows like "The Twilight Zone," "Night Gallery" and "Alfred Hitchcock Presents," "Lights Out" is a chilling remnant of old-fashioned ghost story-telling.

"WITCHCRAFT" (1961): Little is know about this early supernatural thriller. Based on true stories by William B. Seabrook and hosted by Franchot Tone, the show never made it past the pilot episode. Skillfully written and produced, "Witchcraft" was as under-appreciated as it was ahead of its time.

Based on a radio show, LIGHTS OUT was a creepy horror/sci-fi show that has two episodes collected here--"The Passage Beyond" and "The Man With The Watch." Also included are "Jack the Ripper" and "The Return of Madame Vernoy" from a TV show called THE VEIL and "The Doll in Brambles," which is an episode from a show named WITCHCRAFT.

Horror stories from the earliest days of television Movie Lover: call me Z from somewhere out there -- May, 12, 2006


Man, I hope Alpha can dig up some more episodes of Lights Out. I used to watch it late at night on The Sci-Fi Channel, so I know there are other, even creepier episodes out there. It's kind of a clumsy (yet charming) show, shot live on an ancient form of videotape. The two preserved here aren't bad, involving some hystrionics in a haunted house, and a sci-fi-ish tale about a guy with a magic watch. (If you pay attention you can watch the (pretty bad) actors flubbing lines). What these stories may lack in scares they make up for in historical interest. The opening narration is about as weird as anything ever shown on TV. "Hell-oooo..."

The episode of Witchcraft is good, and it's too bad it's the only one they ever made. And The Veil is always a great lost show; you can't go wrong with anything that has Boris Karloff in it.