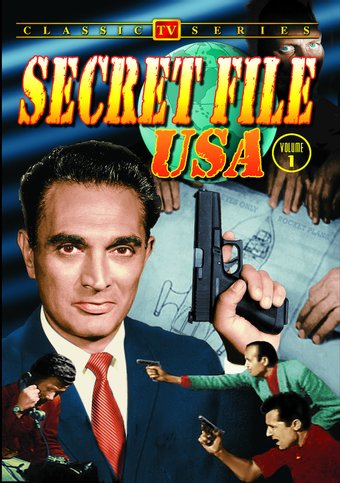 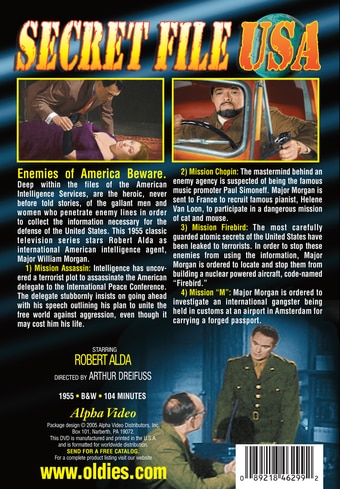 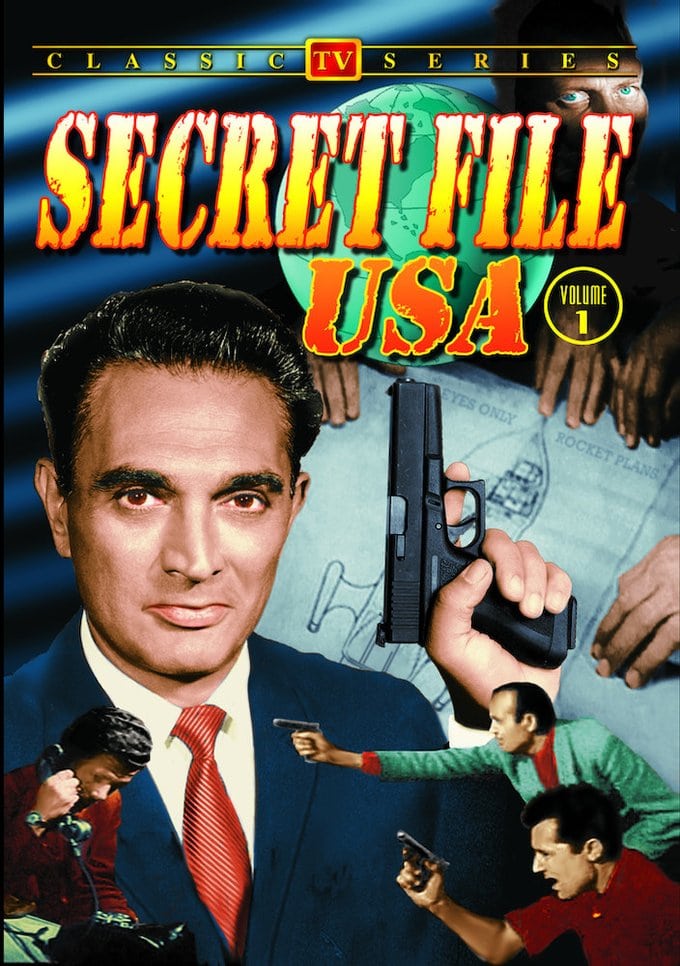 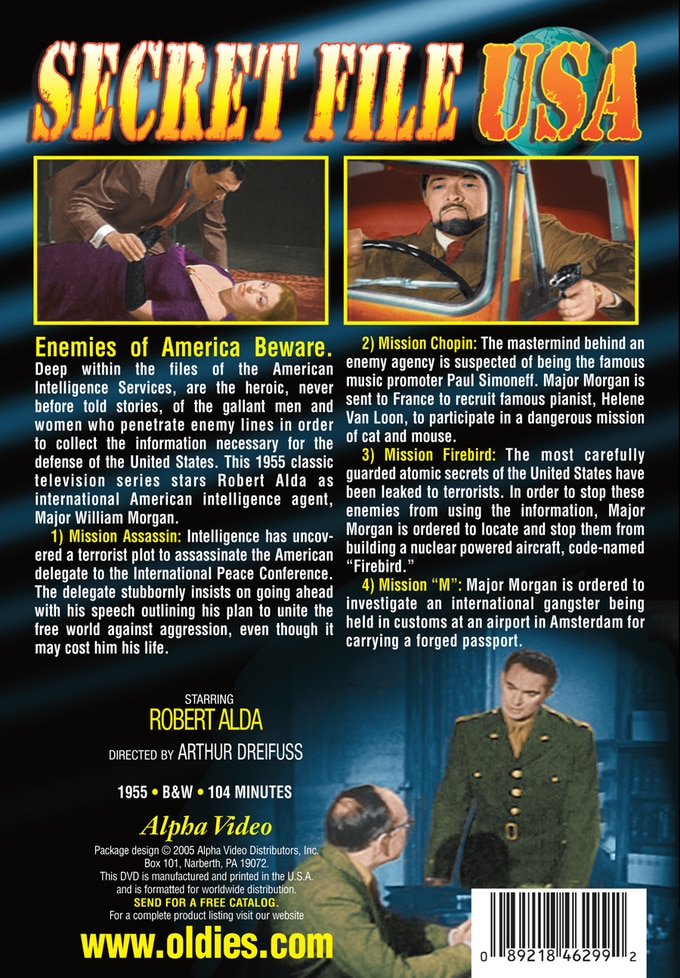 Enemies of America beware. Deep within the files of the American Intelligence Services are the heroic, never before told stories of the gallant men and women who penetrate enemy lines in order to collect the information necessary for the defense of The United States. This 1955 classic television series stars Robert Alda as international American intelligence agent, Major William Morgan.

Episode 1 - Mission Assassin: Intelligence has uncovered a terrorist plot to assassinate the American delegate to the International Peace Conference. The delegate stubbornly insists on going ahead with his speech outlining his plan to unite the free world against aggression, even though it may cost him his life.

Episode 2 - Mission Chopin: The mastermind behind an enemy agency is suspected of being the famous music promoter Paul Simoneff. Major Morgan is sent to France to recruit famous pianist, Helene Van Loon, to participate in a dangerous mission of cat and mouse.

Episode 3 - Mission Firebird: The most carefully guarded atomic secrets of the United States have been leaked to terrorists. In order to stop these enemies from using the information, Major Morgan is ordered to locate and stop them from building a nuclear powered aircraft, code-named "Firebird."

Episode 4 - Mission "M": Major Morgan is ordered to investigate an international gangster being held in customs at an airport in Amsterdam for carrying a forged passport.

Filmed in Amsterdam in 1954 for television syndication in America, this early series features a major in US Army Intelligence (Robert Alda, real-life father of Alan Alda, who also appears in the series as a child) and his Cold War adventures: defusing a bomb meant to assassinate a bevy of dignitaries, foiling a counterfeit scheme, smashing an enemy bacteriological warfare laboratory, protecting a general targeted for abduction, disguising himself to infiltrate and destroy a spy ring, guarding a shipment of atomic missiles, sneaking into East Germany to free an American secret agent, enlisting the assistance of beautiful concert pianist Helene Van Loon (Agnes Bernelle) to expose an enemy agent, and so on. The show included Kay Callard as the major's wife and narration by Frank Gallup.