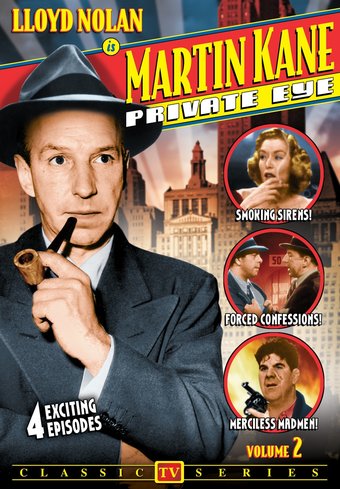 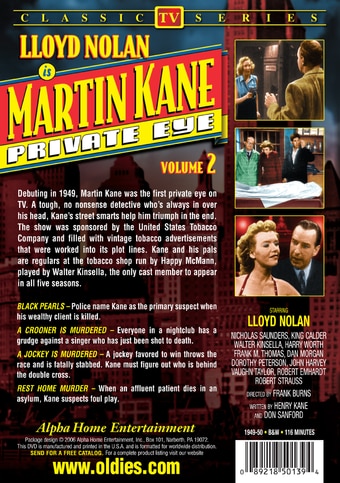 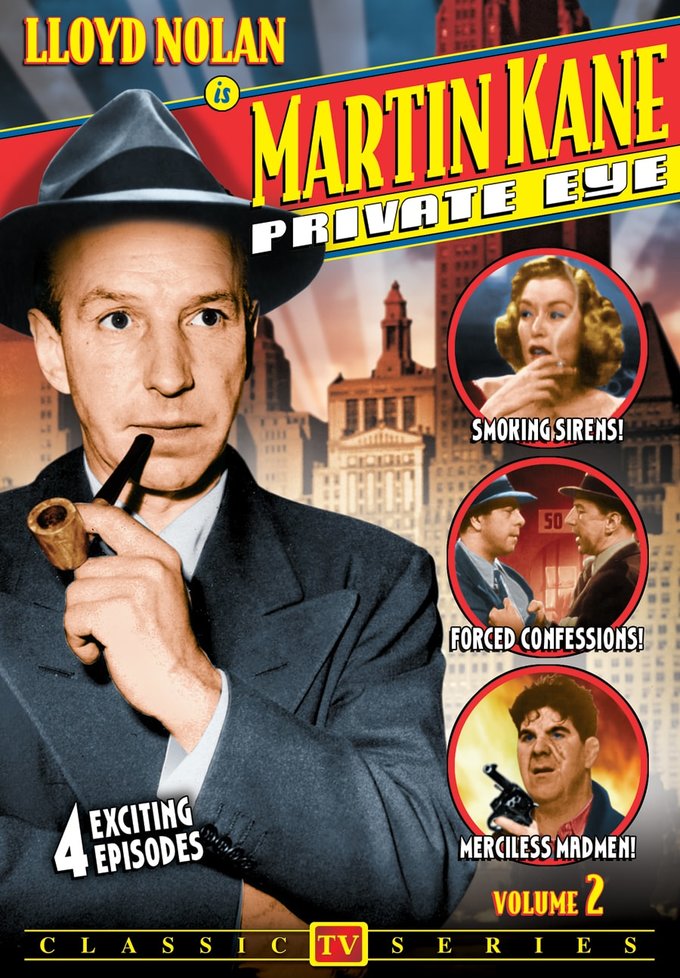 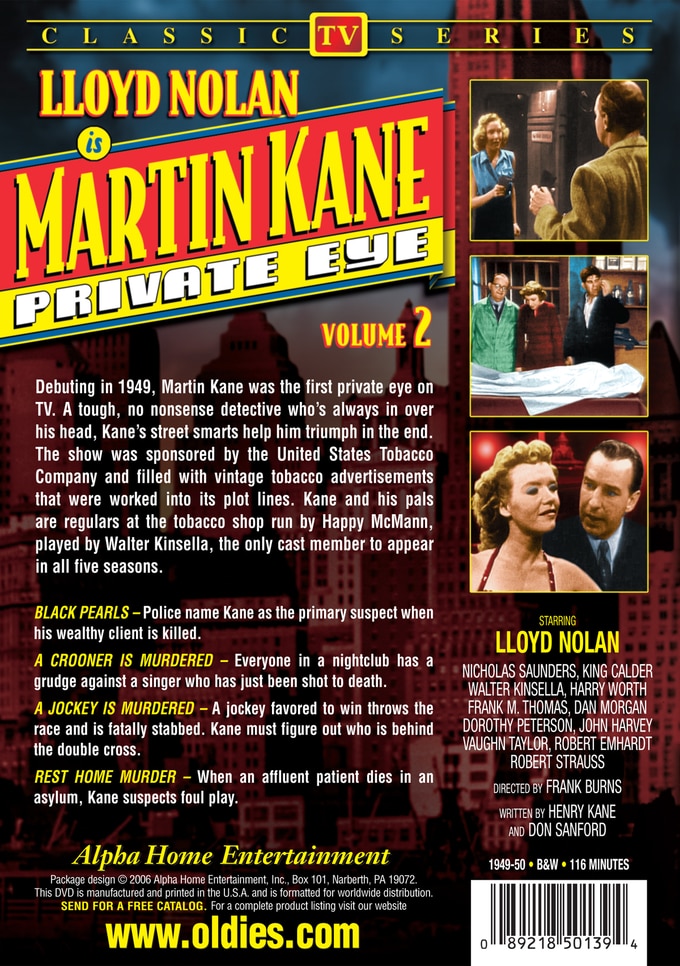 Debuting in 1949, Martin Kane was the first private eye on TV. A tough, no nonsense detective who's always in over his head, Kane's street smarts help him triumph in the end. The show was sponsored by the United States Tobacco Company and filled with vintage tobacco advertisements that were worked into its plot lines. Kane and his pals are regulars at the tobacco shop run by Happy McMann, played by Walter Kinsella, the only cast member to appear in all five seasons.

BLACK PEARLS: Police name Kane as the primary suspect when his wealthy client is killed.

A CROONER IS MURDERED: Everyone in a nightclub has a grudge against a singer who has just been shot to death.

A JOCKEY IS MURDERED: A jockey favored to win throws the race and is fatally stabbed. Kane must figure out who is behind the double cross.

The world's first television private detective, MARTIN KANE PRIVATE EYE gradually became a big hit as America tuned in to watch the affable yet street-smart detective take on the crooks of New York City. The show ran for five seasons with several different actors playing the role of Kane. Each manifestation of the gumshoe had a different style and attitude, but all, invariably, spent a lot of time in Happy McMann's Tobacco Shop (the show was sponsored by U.S. Tobacco). Like much of early television, the sets, props, plots and extras left much to be desired, but Kane's wisecracking mix of cynicism and sentimentality, and the juicy nature of the crimes, kept people coming back for more. Volume Two features four vintage Kane cases: when his wealthy client is murdered Kane himself is fingered for the crime, everyone has a motive to kill a nightclub singer, a crooked jockey gets iced, and a rich patient in an insane asylum dies under mysterious circumstances.

New York City | Television Shows | Television / TV Series
This product is made-on-demand by the manufacturer using DVD-R recordable media. Almost all DVD players can play DVD-Rs (except for some older models made before 2000) - please consult your owner's manual for formats compatible with your player. These DVD-Rs may not play on all computers or DVD player/recorders. To address this, the manufacturer recommends viewing this product on a DVD player that does not have recording capability.