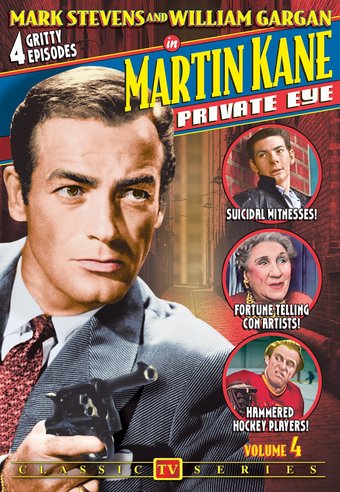 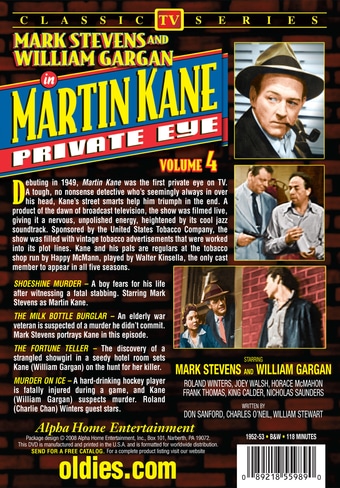 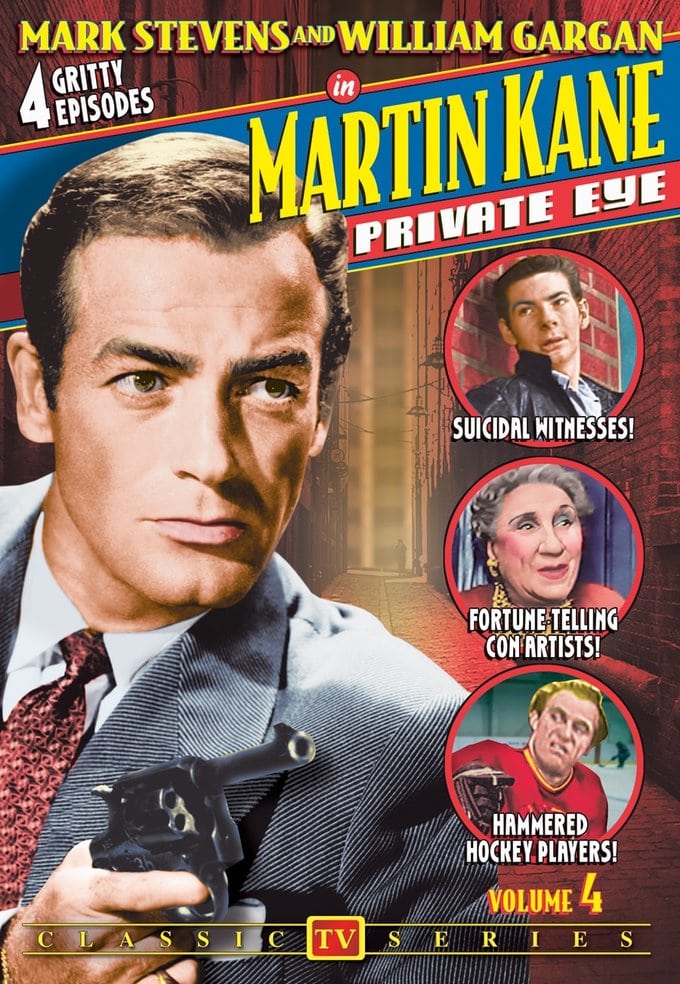 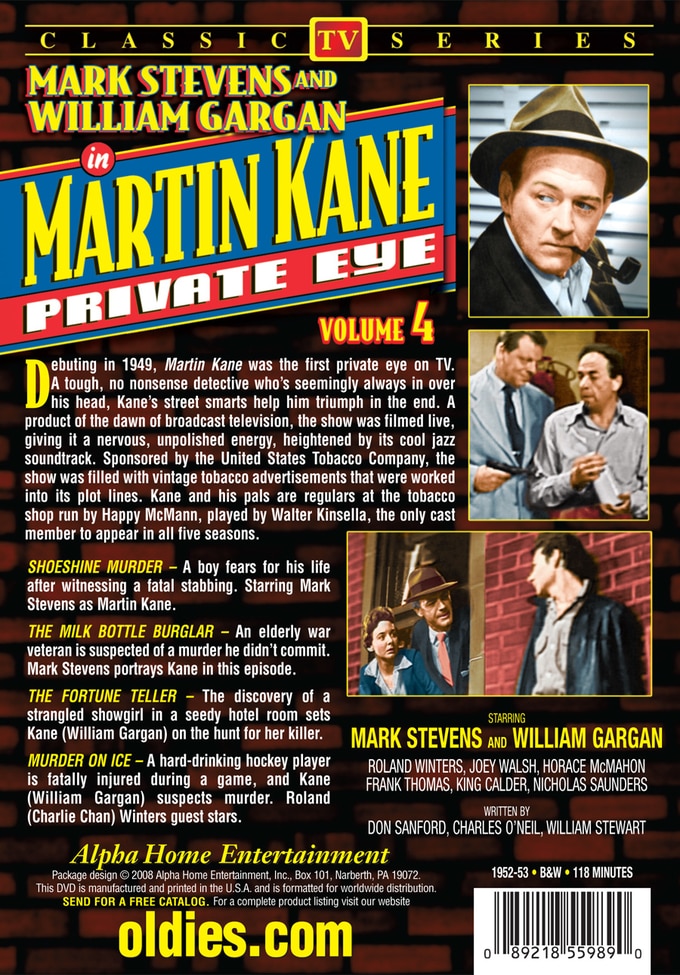 Debuting in 1949, "Martin Kane" was the first private eye on TV. A tough, no nonsense detective who's seemingly always in over his head, Kane's street smarts help him triumph in the end. A product of the dawn of broadcast television, the show was filmed live, giving it a nervous, unpolished energy, heightened by its cool jazz soundtrack. Sponsored by the United States Tobacco Company, the show was filled with vintage tobacco advertisements that were worked into its plot lines. Kane and his pals are regulars at the tobacco shop run by Happy McMann, played by Walter Kinsella, the only cast member to appear in all five seasons.

Shoeshine Murder: A boy fears for his life after witnessing a fatal stabbing. Starring Mark Stevens as Martin Kane.

The Milk Bottle Burglar: An elderly war veteran is suspected of a murder he didn't commit. Mark Stevens portrays Kane in this episode.

The Fortune Teller: The discovery of a strangled showgirl in a seedy hotel room sets Kane (William Gargan) on the hunt for her killer.

Mystery | Justice | Suspense | Thriller | Murder | Made-For-Network TV | Detective | Crime | New York City
This product is made-on-demand by the manufacturer using DVD-R recordable media. Almost all DVD players can play DVD-Rs (except for some older models made before 2000) - please consult your owner's manual for formats compatible with your player. These DVD-Rs may not play on all computers or DVD player/recorders. To address this, the manufacturer recommends viewing this product on a DVD player that does not have recording capability.