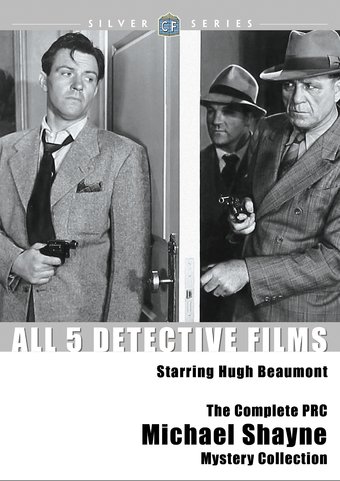 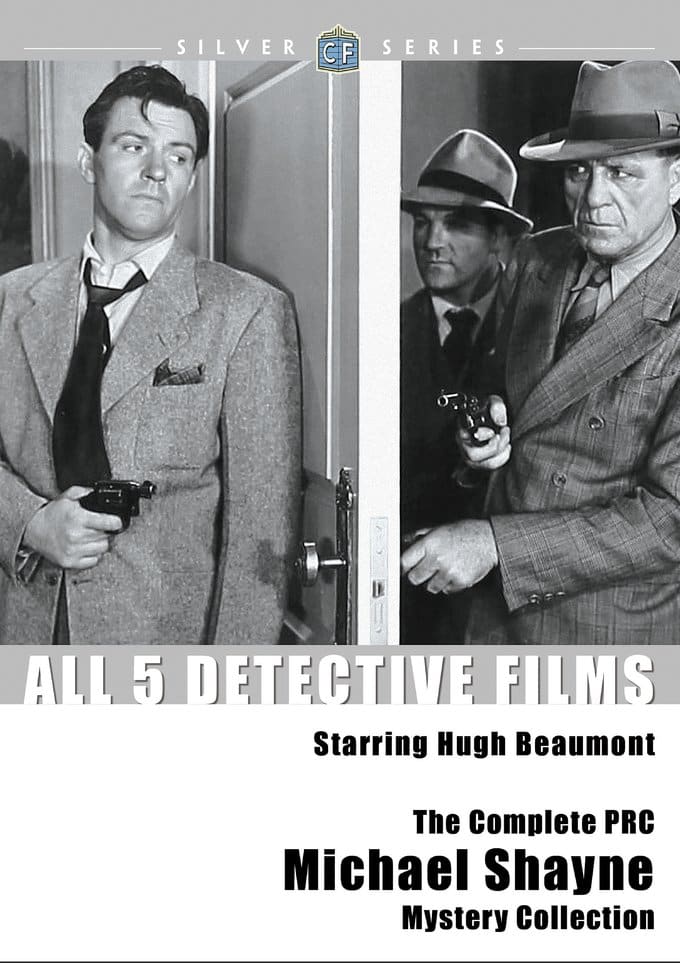 Locked away for decades, all five Michael Shayne films made at PRC Studios are making their DVD debut in this special collection! Lloyd Nolan starred as Private Detective Michael Shayne in seven features made at 20th Century-Fox in the early 1940s. After the major studio dropped the series, Producers Releasing Corporation (PRC) brought Brett Halliday's ace crime-solver over to "Poverty Row" in 1946 for these five fun, action-packed whodunnits starring Hugh Beaumont (Leave It to Beaver) as the famed fictional detective. Whether you're a fan of Brett Halliday, B-mysteries, or Hugh Beaumont, The Complete PRC Michael Shayne Mystery Collection delivers the goods with over five hours of crime-solving excitement that will keep you guessing until the very end. Includes: Murder Is My Business (1946, 64 min.), Larceny in Her Heart (1946, 68 min.), Blonde for a Day (1946, 66 min.), Three on a Ticket (1947, 62 min.) and Too Many Winners (1947, 60 min.)