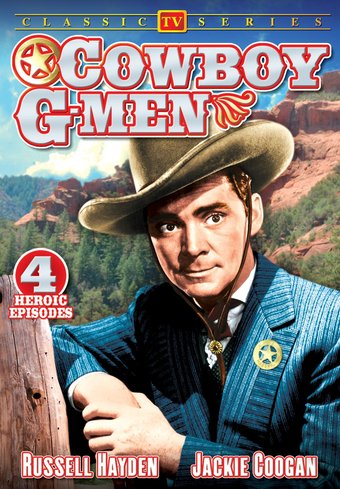 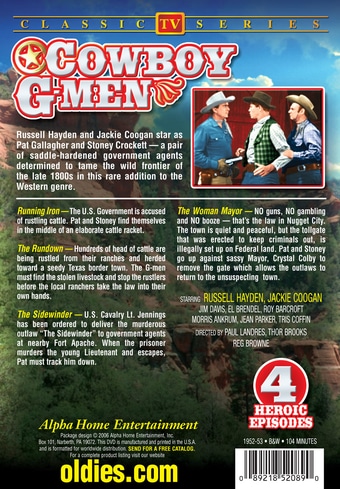 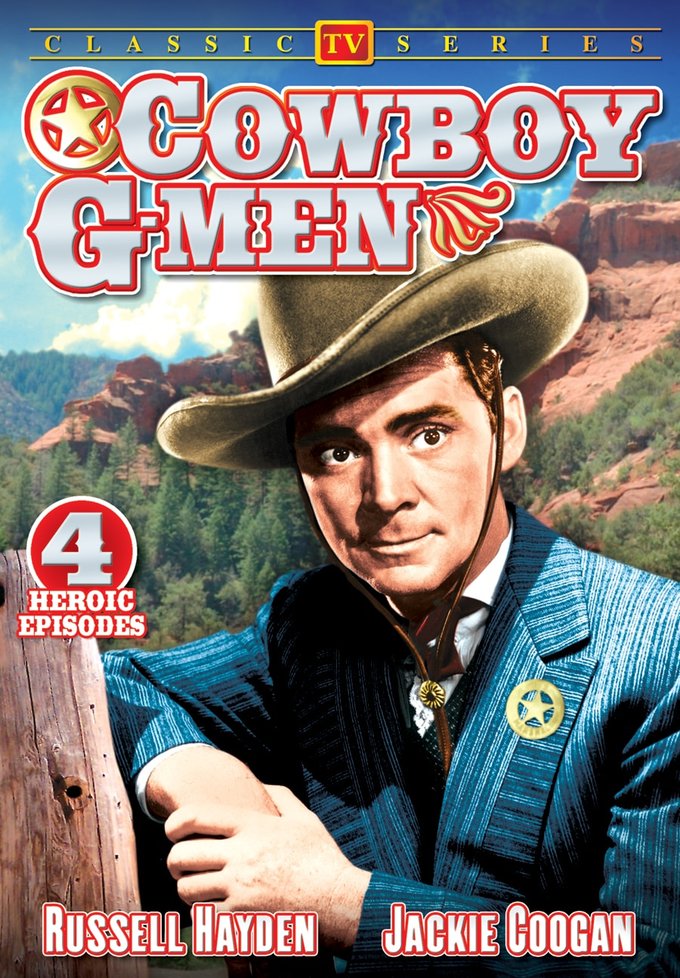 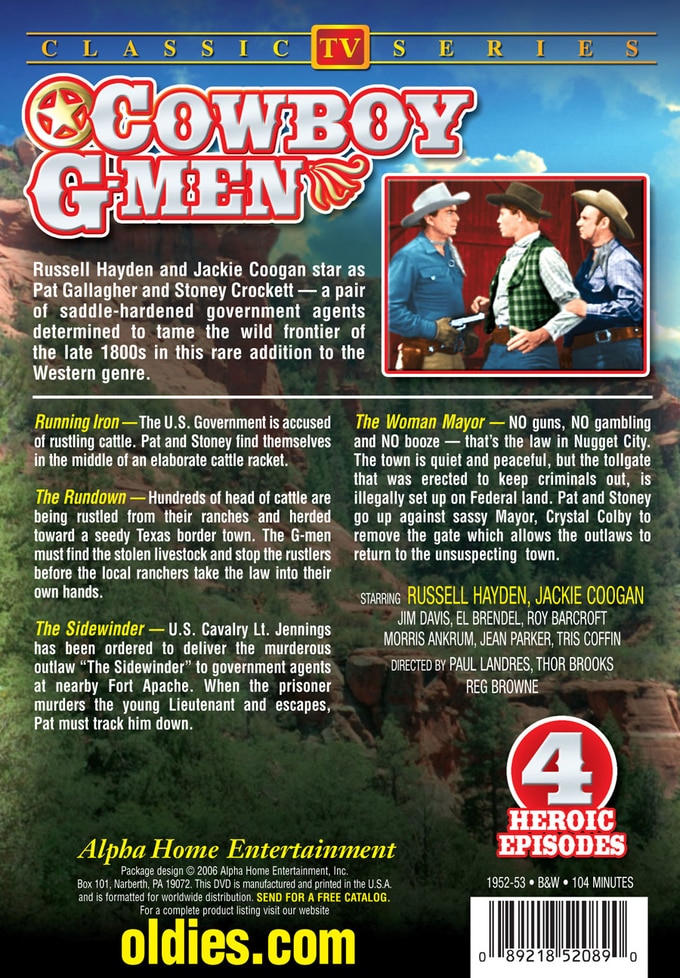 Russell Hayden and Jackie Coogan star as Pat Gallagher and Stoney Crockett - a pair of saddle-hardened government agents determined to tame the wild frontier of the late 1800s in this rare addition to the Western genre.

Running Iron: The U.S. Government is accused of rustling cattle. Pat and Stoney find themselves in the middle of an elaborate cattle racket.

The Rundown: Hundreds of head of cattle are being rustled from their ranches and herded toward a seedy Texas border town. The G-men must find the stolen livestock and stop the rustlers before the local ranchers take the law into their own hands.

The Sidewinder: U.S. Cavalry Lt. Jennings has been ordered to deliver the murderous outlaw "The Sidewinder" to government agents at nearby Fort Apache. When the prisoner murders the young Lieutenant and escapes, Pat must track him down.

The Woman Mayor: NO guns, NO gambling and NO booze - that's the law in Nugget City. The town is quiet and peaceful, but the tollgate that was erected to keep criminals out, is illegally set up on Federal land. Pat and Stoney go up against sassy Mayor, Crystal Colby to remove the gate which allows the outlaws to return to the unsuspecting town.

Fans of westerns and the golden age of television won't want to miss these four classic episodes of COWBOY G-MEN. Russell Hayden and Jackie Coogan star as heroic peacekeepers who set out to route evil and wrongdoing in the old West.