Captain Video and His Video Rangers

Venture into space with rare episodes from the classic science-fiction television show. 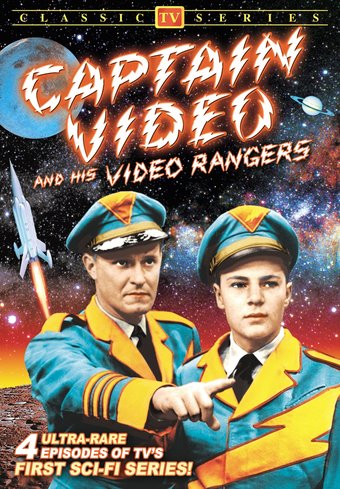 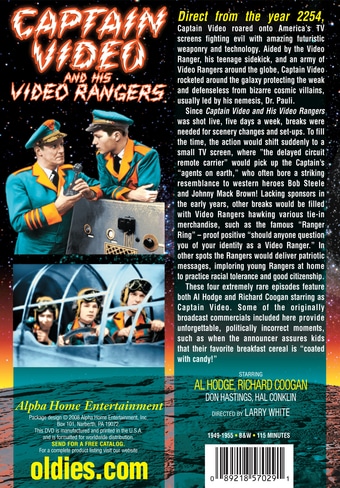 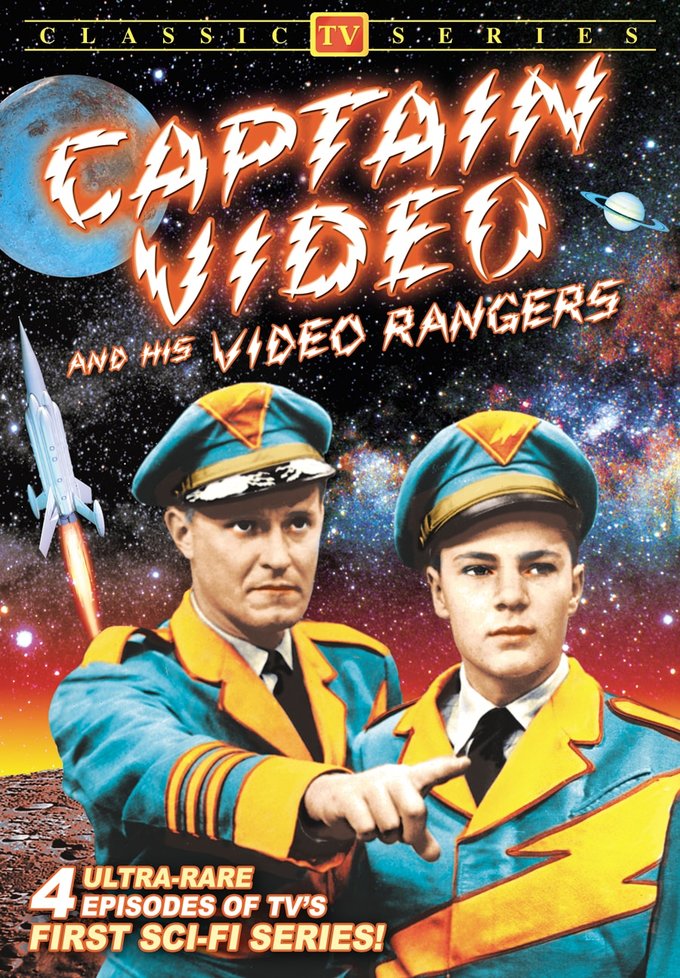 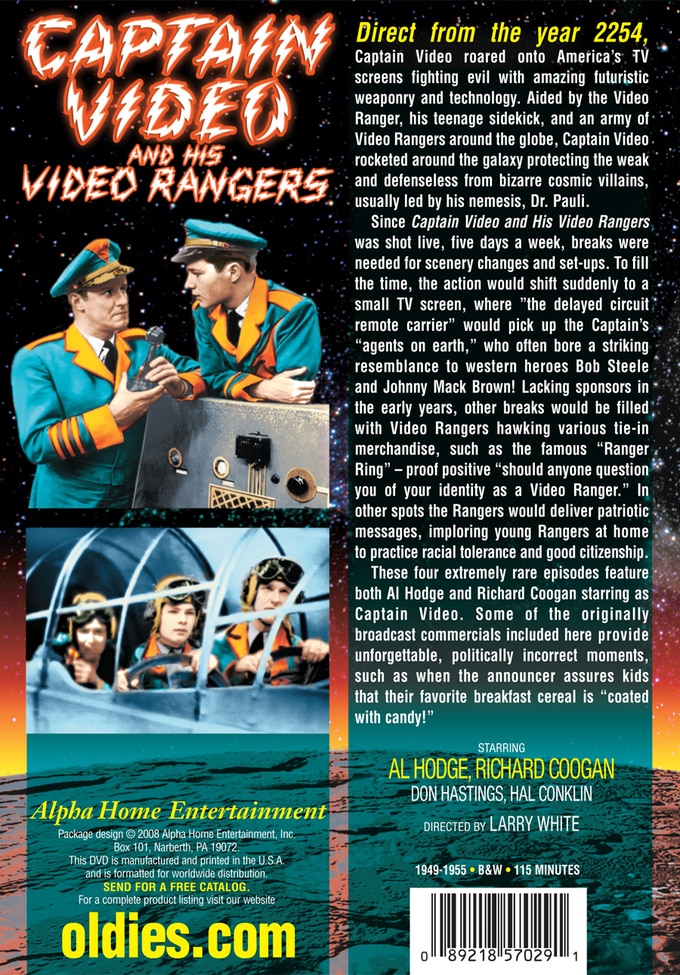 Direct from the year 2254, Captain Video roared onto America's TV screens fighting evil with amazing futuristic weaponry and technology. Aided by the Video Ranger, his teenage sidekick, and an army of Video Rangers around the globe, Captain Video rocketed around the galaxy protecting the weak and defenseless from bizarre cosmic villains, usually led by his nemesis, Dr. Pauli.

Since "Captain Video and His Video Rangers" was shot live, five days a week, breaks were needed for scenery changes and set-ups. To fill the time, the action would shift suddenly to a small TV screen, where" the delayed circuit remote carrier" would pick up the Captain's "agents on earth," who often bore a striking resemblance to western heroes Bob Steele and Johnny Mack Brown! Lacking sponsors in the early years, other breaks would be filled with Video Rangers hawking various tie-in merchandise, such as the famous "Ranger Ring" - proof positive "should anyone question you of your identity as a Video Ranger." In other spots the Rangers would deliver patriotic messages, imploring young Rangers at home to practice racial tolerance and good citizenship.

These four extremely rare episodes feature both Al Hodge and Richard Coogan starring as Captain Video. Some of the originally broadcast commercials included here provide unforgettable, politically incorrect moments, such as when the announcer assures kids that their favorite breakfast cereal is "coated with candy!"

Science-Fiction | Television / TV Series
This product is made-on-demand by the manufacturer using DVD-R recordable media. Almost all DVD players can play DVD-Rs (except for some older models made before 2000) - please consult your owner's manual for formats compatible with your player. These DVD-Rs may not play on all computers or DVD player/recorders. To address this, the manufacturer recommends viewing this product on a DVD player that does not have recording capability.

The history of sci fi on TV started with this show. Movie Lover: stephen rosenberg from Scranton.Pa. -- March, 31, 2016


Tom Corbett space cadet, space patrol, Flash Gordon, all became part of 50s popular culture Sci Fi, and early TV entertainment for kids. It was so big of a series, that a serial came out in the 50s as a result. It will be low tech in presentation, but if you are into Sci Fi this will make a nice addition to your collection. There was a piece of show tech called the opticon scelometer, I think it was called, in the serial, love to see if it shows up in this DVD


My mother watched this show for DON HASTINGS(Video Ranger). It is a very primitive show these days. I think at the time it was imaginative unfortunately performing a live scripted show they had to plug in another show like a western which is totally opposite to space. Check it out and see what you think...


All my adult life I thought My Mother, the Car was the worst show in the history of television, but after watching your DVD of just four episodes of Captain Video I'd have to say IT is the worst, but so bad it's good. In fact, I'd go so far as to say Captain Video is a third as bad as Plan 9 From Outer Space, not half as bad as Plan 9 - nothing could be half as bad - but definitely a third as bad.