The Range Busters recruit two outlaws to help them track down the nefarious villain known as "The Whip." 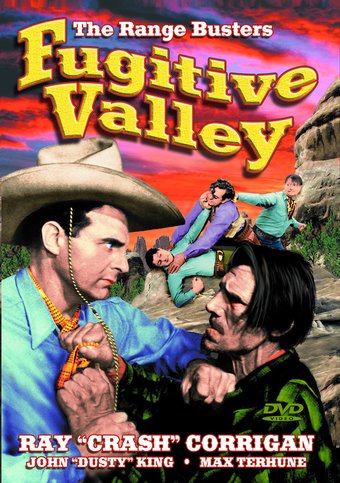 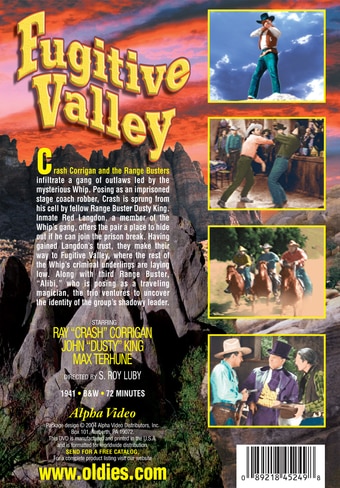 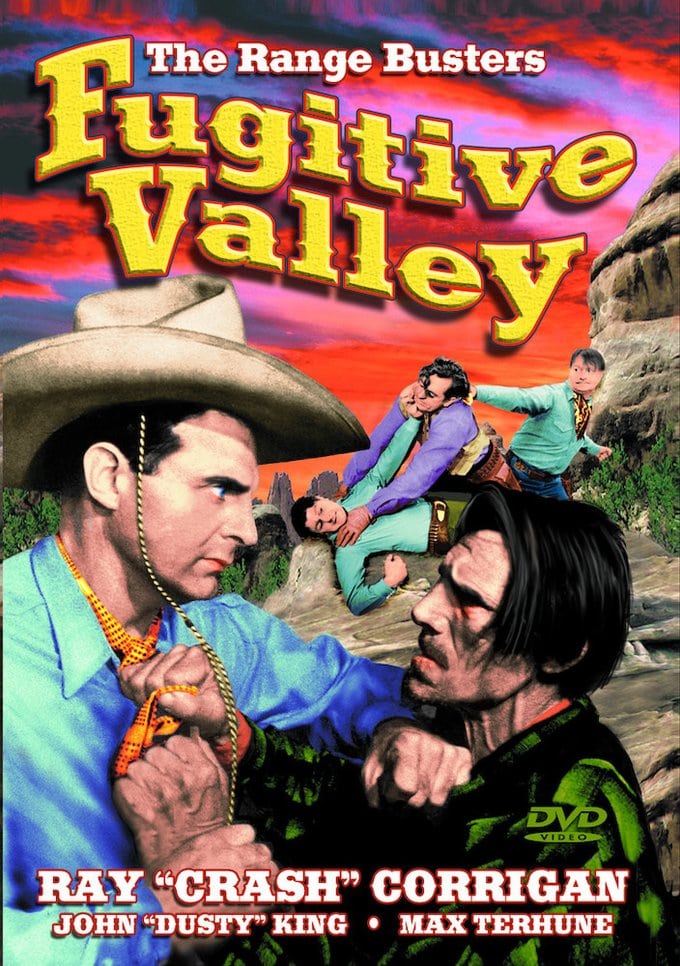 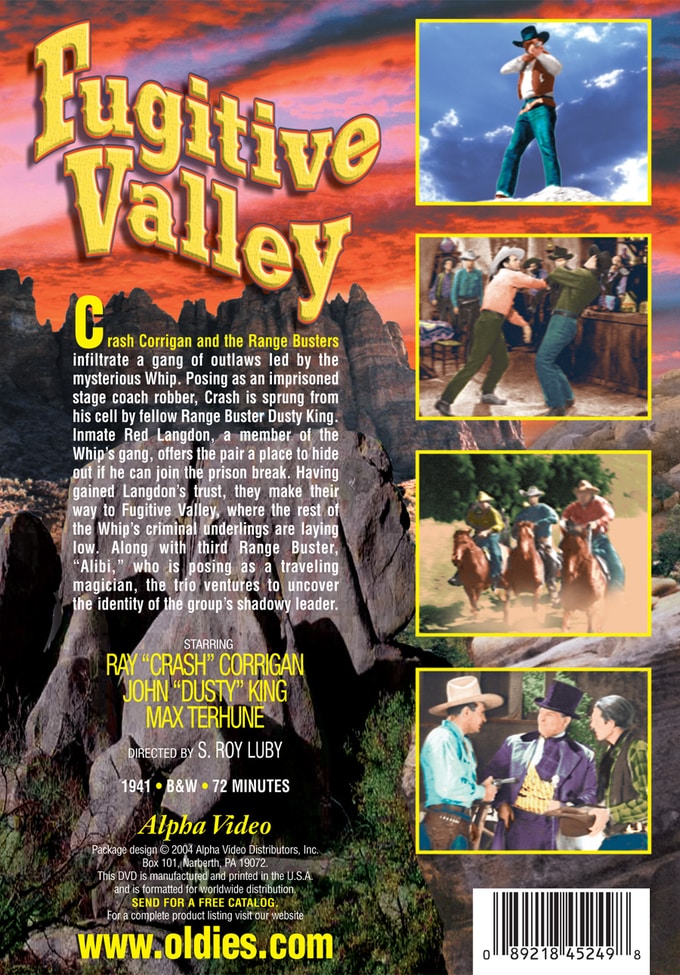 Crash Corrigan and the Range Busters infiltrate a gang of outlaws led by the mysterious Whip. Posing as an imprisoned stage coach robber, Crash is sprung from his cell by fellow Range Buster Dusty King. Inmate Red Langdon, a member of the Whip's gang, offers the pair a place to hide out if he can join the prison break. Having gained Langdon's trust, they make their way to Fugitive Valley, where the rest of the Whip's criminal underlings are laying low. Along with third Range Buster, "Alibi," who is posing as a traveling magician, the trio ventures to uncover the identity of the group's shadowy leader.

The Range Busters go under cover and join a band of outlaws in order to stop them from terrorizing the Arizona countryside.