The government sends the Range Busters to thwart a gang of gold thieves. 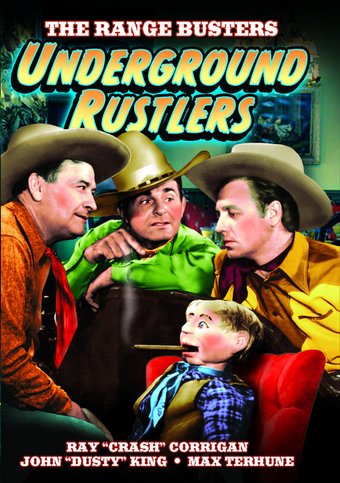 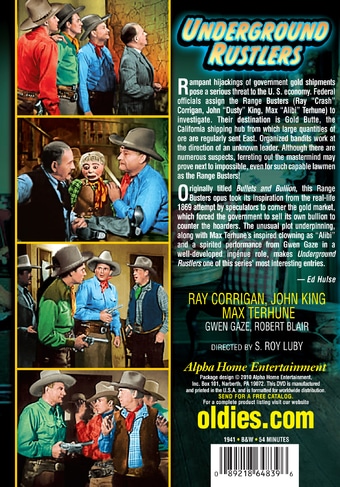 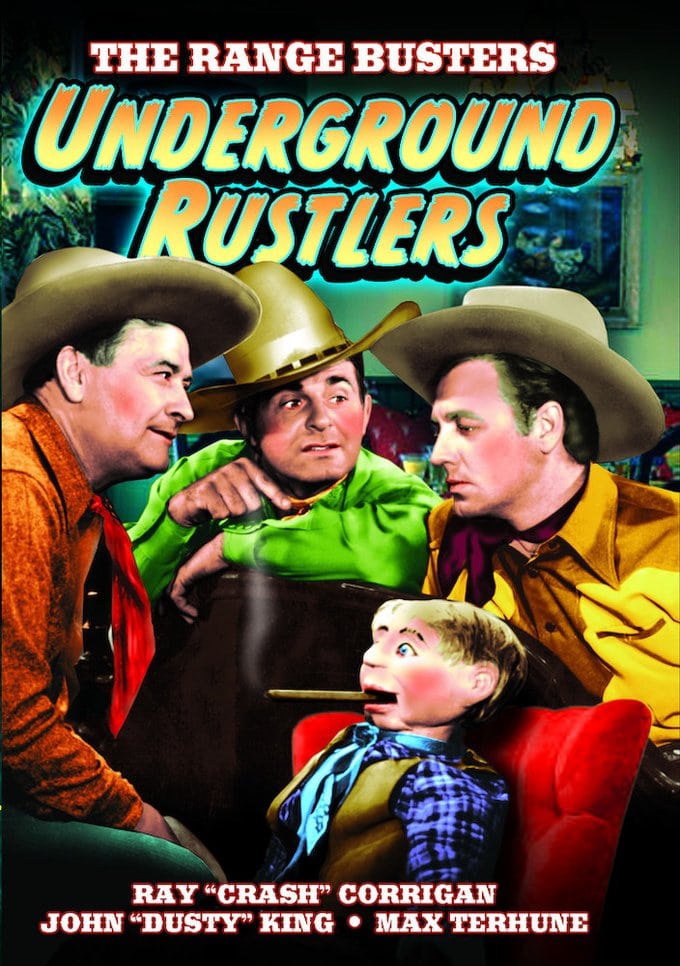 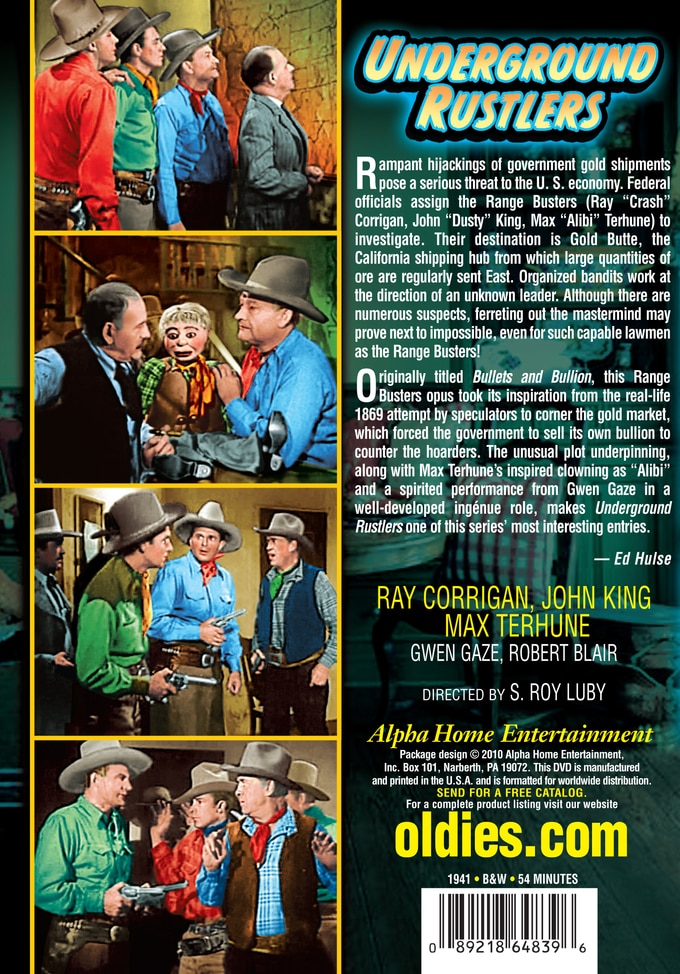 Rampant hijackings of government gold shipments pose a serious threat to the U. S. economy. Federal officials assign the Range Busters (Ray "Crash" Corrigan, John "Dusty" King, Max "Alibi" Terhune) to investigate. Their destination is Gold Butte, the California shipping hub from which large quantities of ore are regularly sent East. Organized bandits work at the direction of an unknown leader. Although there are numerous suspects, ferreting out the mastermind may prove next to impossible, even for such capable lawmen as the Range Busters!

Originally titled Bullets and Bullion, this Range Busters opus took its inspiration from the real-life 1869 attempt by speculators to corner the gold market, which forced the government to sell its own bullion to counter the hoarders. The unusual plot underpinning, along with Max Terhune's inspired clowning as "Alibi" and a spirited performance from Gwen Gaze in a well-developed ingenue role, makes Underground Rustlers one of this series' most interesting entries. - Ed Hulse

Bankers try to corner a market when the Range Busters ride in to smash their monopoly.

25%off
The Three Mesquiteers: Come On Cowboys
$5.95 on Sale
Add to Cart

25%off
The Range Busters: Trailing Double Trouble (DVD)
$5.95 on Sale
Add to Cart