Three cowboys are hired to clean up a lawless town. 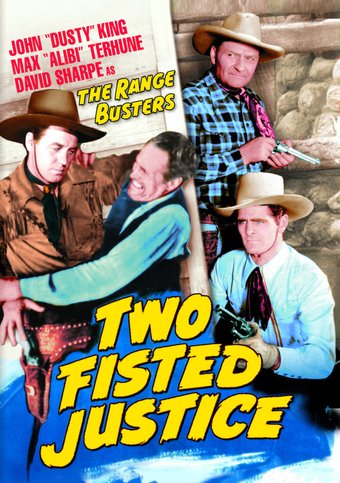 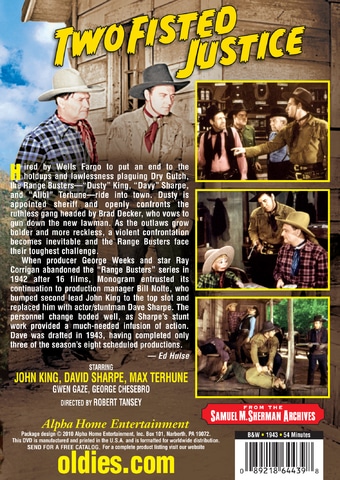 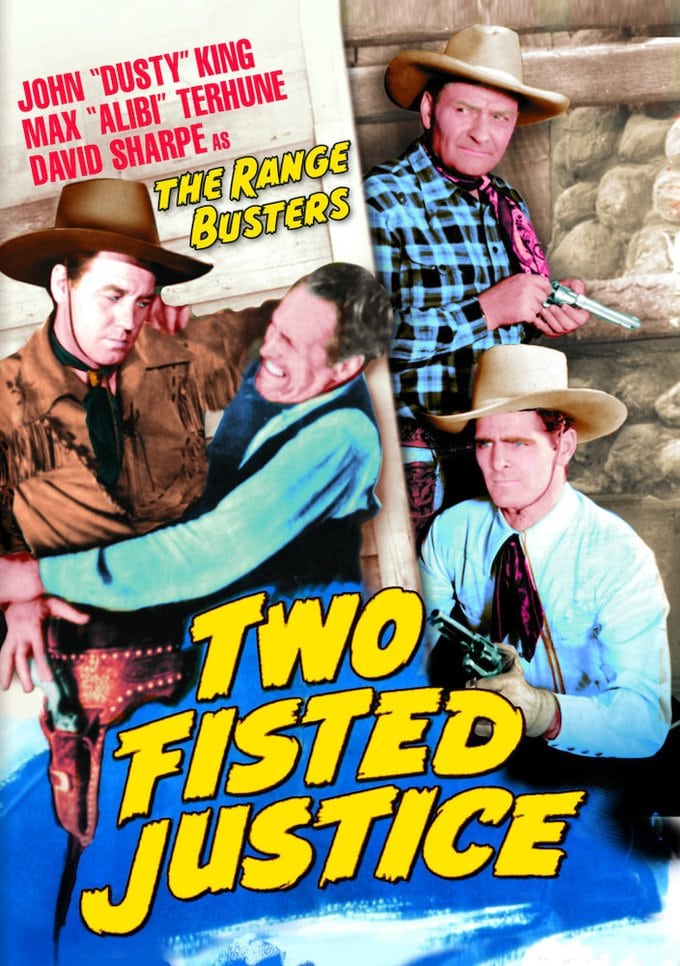 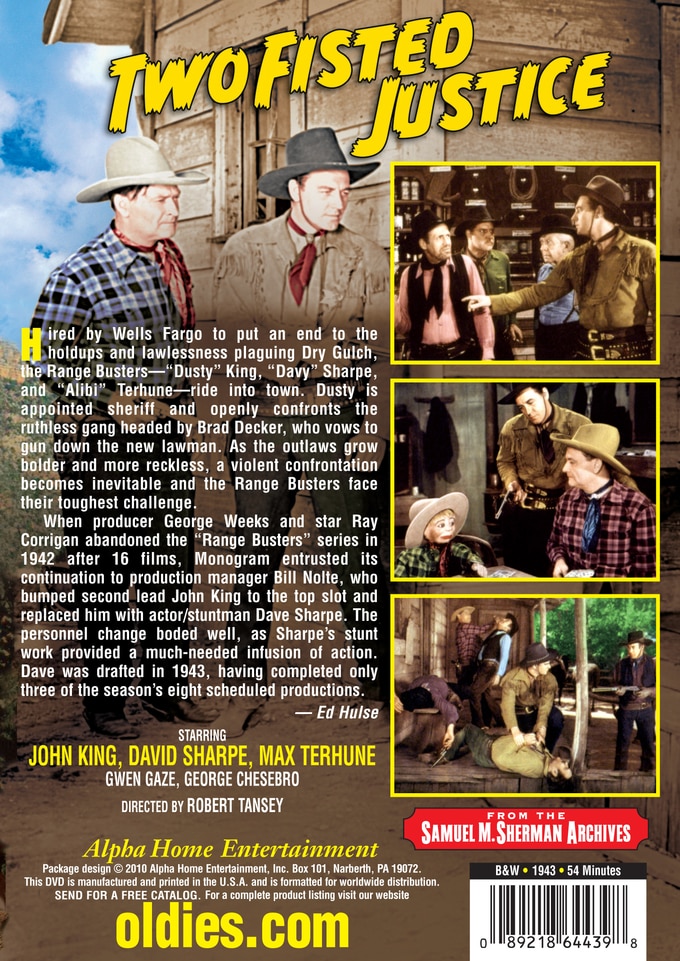 Hired by Wells Fargo to put an end to the holdups and lawlessness plaguing Dry Gulch, the Range Busters-"Dusty" King, "Davy" Sharpe, and "Alibi" Terhune-ride into town. Dusty is appointed sheriff and openly confronts the ruthless gang headed by Brad Decker, who vows to gun down the new lawman. As the outlaws grow bolder and more reckless, a violent confrontation becomes inevitable and the Range Busters face their toughest challenge.

When producer George Weeks and star Ray Corrigan abandoned the "Range Busters" series in 1942 after 16 films, Monogram entrusted its continuation to production manager Bill Nolte, who bumped second lead John King to the top slot and replaced him with actor/stuntman Dave Sharpe. The personnel change boded well, as Sharpe's stunt work provided a much-needed infusion of action. Dave was drafted in 1943, having completed only three of the season's eight scheduled productions. - Ed Hulse

Like most of Monogram's 1943 "Range Busters" westerns, TWO-FISTED JUSTICE was directed by Robert Tansey. In this outing, the three range-busting heroes are played by John "Dusty" King, Max "Alibi" Terhune and David Sharpe. Our heroic trio rides into the town of Dry Gulch, hoping to bring law and order to the community. This they do, but not before several pulse-pounding adventures, notably a wild runaway-stagecoach sequence. Gwen Gaze, a Universal serial heroine of the 1930s, fulfills the leading-lady obligations, while Max Terhune relies on his ventriloquism skills for laughs. The villain, as ever, is the swarthy Charles King, playing not "Blackie" but "Trigger" this time out.

Cowboys | Outlaws
This product is made-on-demand by the manufacturer using DVD-R recordable media. Almost all DVD players can play DVD-Rs (except for some older models made before 2000) - please consult your owner's manual for formats compatible with your player. These DVD-Rs may not play on all computers or DVD player/recorders. To address this, the manufacturer recommends viewing this product on a DVD player that does not have recording capability.