The Texas Rangers ride to the rescue in two cowboy classics. 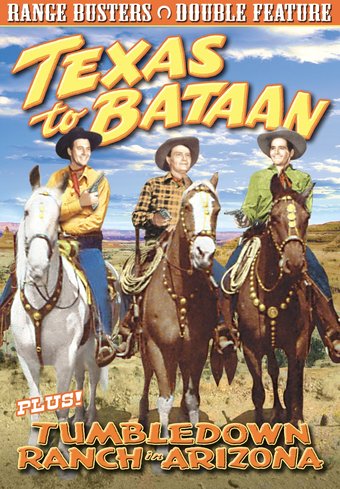 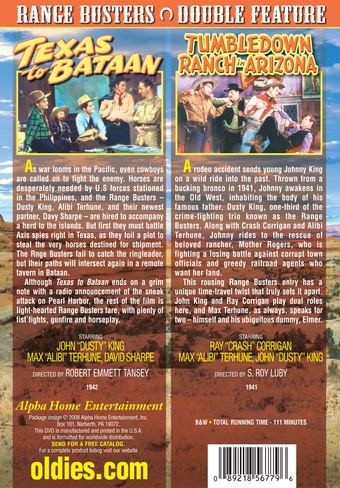 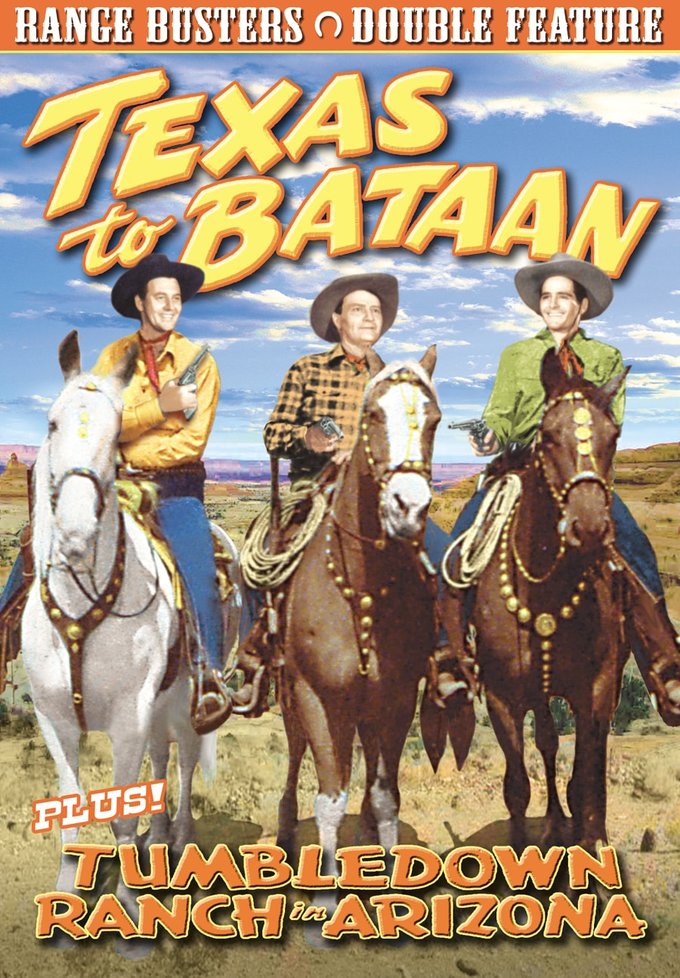 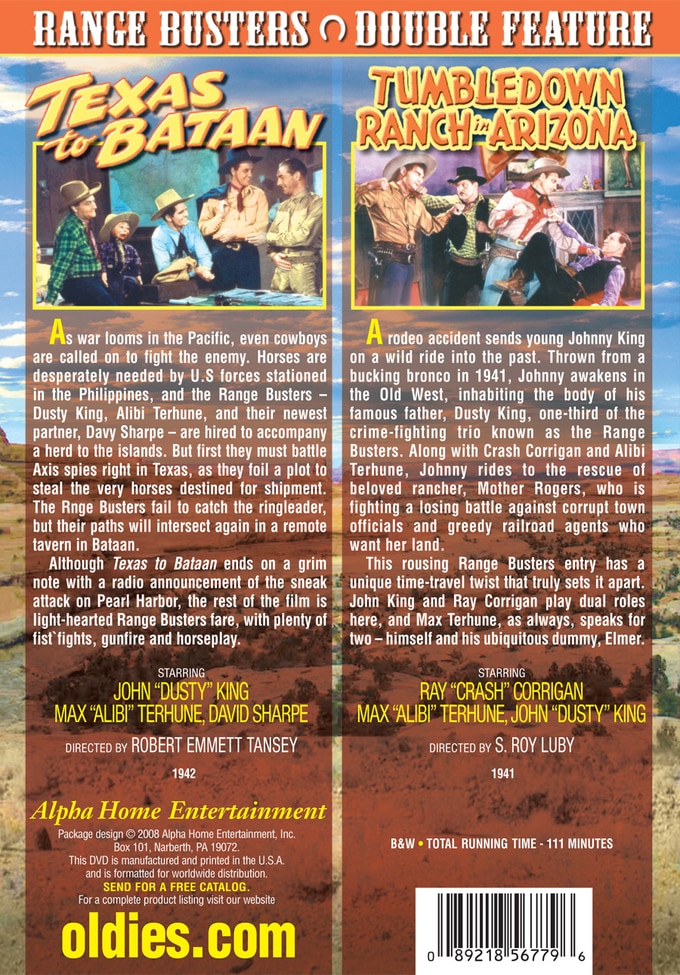 Texas to Bataan (1942, B&W): As war looms in the Pacific, even cowboys are called on to fight the enemy. Horses are desperately needed by U.S forces stationed in the Philippines, and the Range Busters - Crash Corrigan, Alibi Terhune, and their newest partner, Davy Sharpe - are hired to accompany a herd to the islands. But first they must battle Axis spies right in Texas, as they foil a plot to steal the very horses destined for shipment. The Range Busters fail to catch the ringleader, but their paths will intersect again in a remote tavern in Bataan.

Although Texas to Bataan ends on a grim note with a radio announcement of the sneak attack on Pearl Harbor, the rest of the film is light-hearted Range Busters fare, with plenty of fist-fights, gunfire and horseplay.

Tumbledown Ranch in Arizona (1941, B&W): A rodeo accident sends young Johnny King on a wild ride into the past. Thrown from a bucking bronco in 1941, Johnny awakens in the Old West, inhabiting the body of his famous father, Dusty King, one-third of the crime-fighting trio known as the Range Busters. Along with Crash Corrigan and Alibi Terhune, Johnny rides to the rescue of beloved rancher, Mother Rogers, who is fighting a losing battle against corrupt town officials and greedy railroad agents who want her land.

This rousing Range Busters entry has a unique time-travel twist that truly sets it apart. John King and Ray Corrigan play dual roles here, and Max Terhune, as always, speaks for two - himself and his ubiquitous dummy, Elmer.

Its not the Twilight Zone, its the Range Busters Movie Lover: Pecos Kid from The Bijou US -- October, 24, 2008


TUMBLEDOWN RANCH IN ARIZONA: You have to wonder if Rod Serling saw this movie as a youngster, what with 20th century college glee club member Dusty King relating to a befuddled bartender his theory of a "fourth dimension of time and space". After being knocked out when thrown from a horse, Dusty enters, not the Twilight Zone, but the world of the Range Busters, where the most macabre inhabitant is a talking dummy. Dusty, Crash Corrigan and company proceed to help out beloved rancher Mother Rogers, whose land the railroad wants. The judges daughter, who has a better figure than Mrs Rogers, is around for Dusty to serenade to, and the usual hijinks, gunplay and other stuff makes for a real entertaining movie. Grab some popcorn and enjoy.

Beware Axis, America has got the Range Busters! Movie Lover: Pecos Kid from The Bijou US -- October, 24, 2008


TEXAS TO BATAAN: Its the summer of 1941 and little does an American rancher suspect that his cook is really a Japanese secert agent out to disrupt a shipment of horses to US calvary in the Philipines. Fortunatly, the Range Busters are around to foil this insidious plot. The guy gets away at first, but wouldn't you know, the very bar our heroes waltz into in Manila..well, guess who they run into.... And the climax back in the States, Elmer, of all "people", bails out our terrfic trio. IS THIS GREAT OR WHAT???!! The Alpha Gang were so caught up in all this excitment that they failed to notice that Crash Corrigan is NOT in this movie, Dusty King is. But they were probably so busy booing the bad guys and cheering the Range Busters on , who can blame them??? It doesn't get any better than this!