The Range Busters pursue a gang of cut-throats who are seeking a fortune in stolen gold. 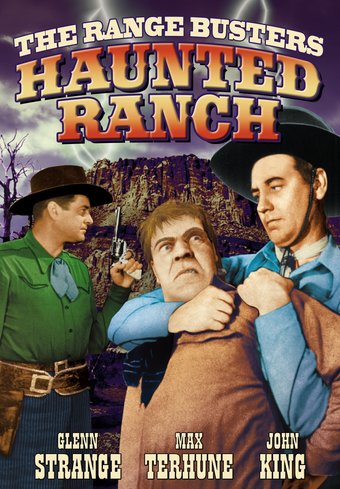 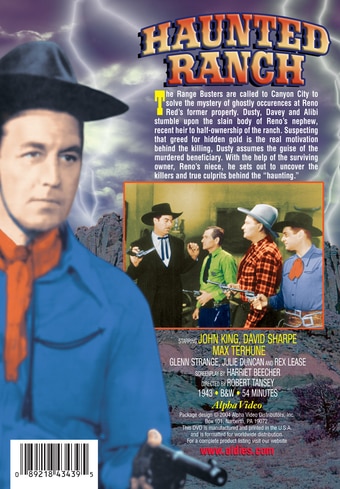 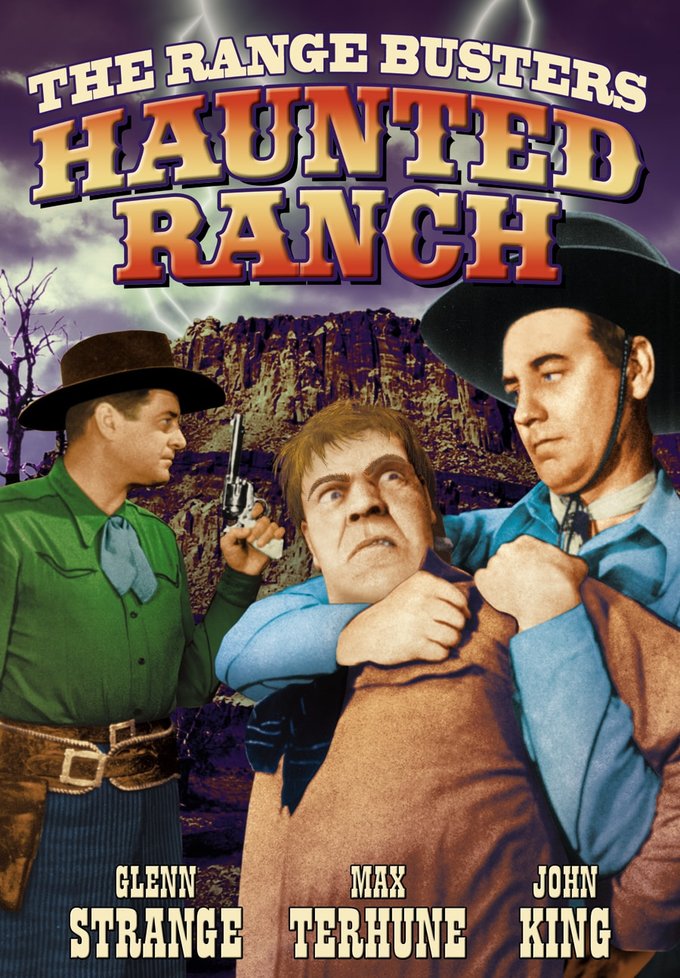 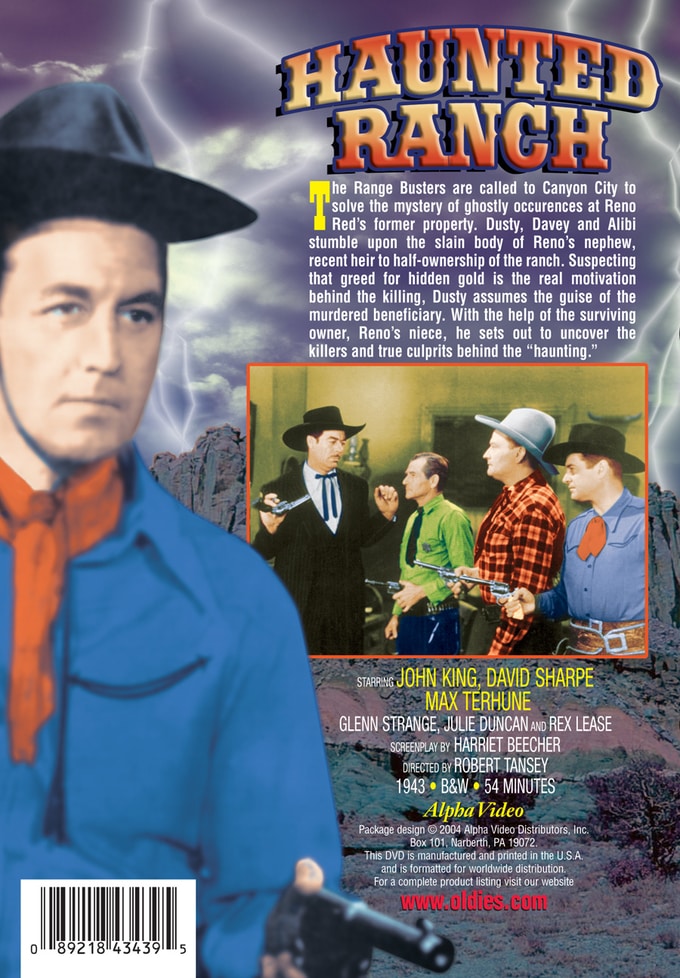 The Range Busters are called to Canyon City to solve the mystery of ghostly occurrences at Reno Red's former property. Dusty, Davey and Alibi stumble upon the slain body of Reno's nephew, recent heir to half-ownership of the ranch. Suspecting that greed for hidden gold is the real motivation behind the killing, Dusty assumes the guise of the murdered beneficiary. With the help of the surviving owner, Reno's niece, he sets out to uncover the killers and true culprits behind the "haunting."

Poor Reno Red is murdered and a gang sets out to make people believe his ranch is haunted by his ghost.

Dont Worry The Range Busters Ride to the Rescue Movie Lover: Holly Wood Ann Vine from The Bijou US -- September, 9, 2008


One of the best Range Buster flicks features Glenn Strange as the villain. A later entry in the series, very entertaining.