An infant is left in the care of the rough riding Range Busters. 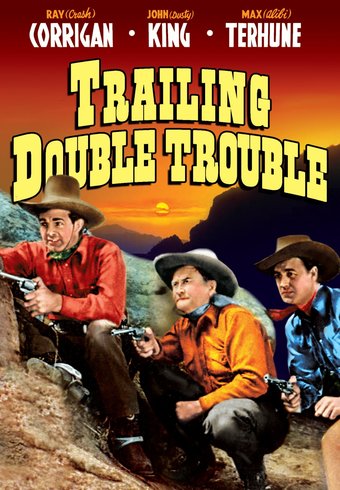 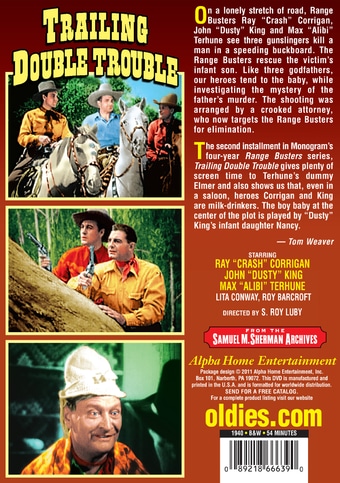 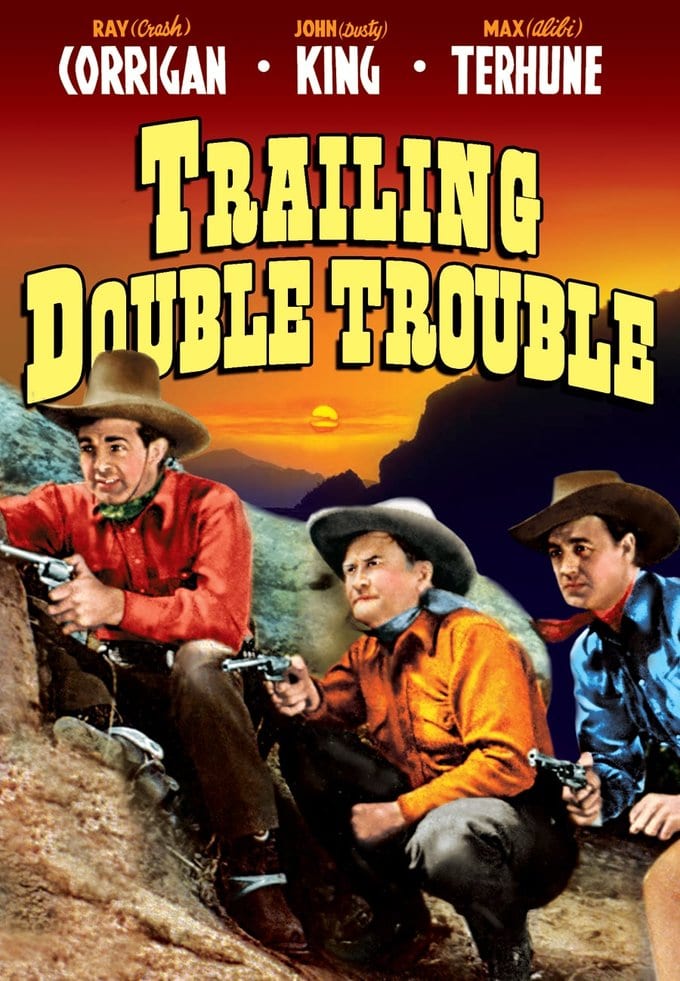 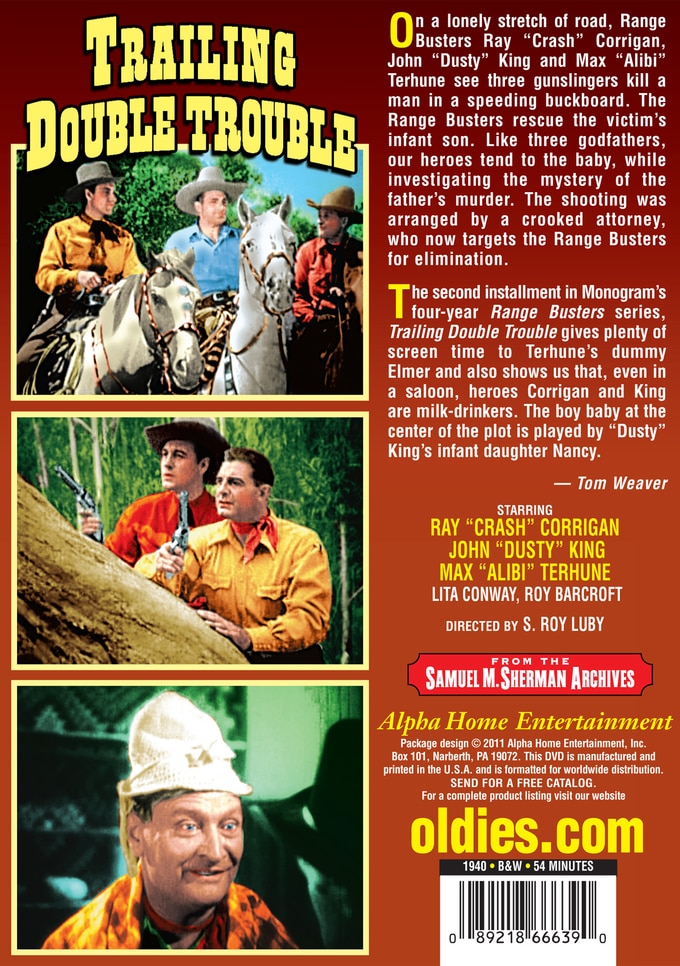 On a lonely stretch of road, Range Busters Ray "Crash" Corrigan, John "Dusty" King and Max "Alibi" Terhune see three gunslingers kill a man in a speeding buckboard. The Range Busters rescue the victim's infant son. Like three godfathers, our heroes tend to the baby, while investigating the mystery of the father's murder. The shooting was arranged by a crooked attorney, who now targets the Range Busters for elimination.

The second installment in Monogram's four-year Range Busters series, Trailing Double Trouble gives plenty of screen time to Terhune's dummy Elmer and also shows us that, even in a saloon, heroes Corrigan and King are milk-drinkers. The boy baby at the center of the plot is played by "Dusty" King's infant daughter Nancy. - Tom Weaver

Three rough cowboys with hearts of gold adopt as their own a baby they find left abandoned at the scene of a brutal murder.