"The Range Riders" get mixed up in a deadly fueled between local land barons. 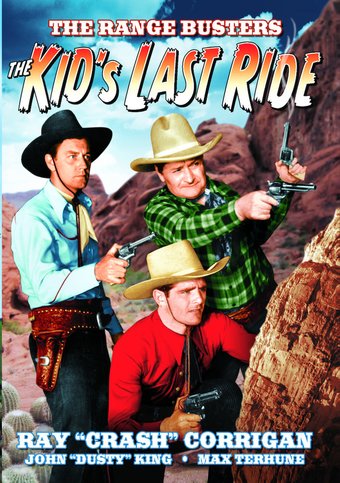 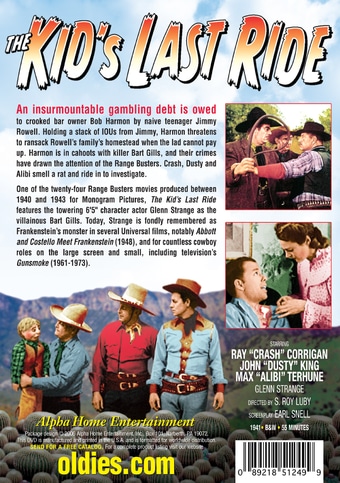 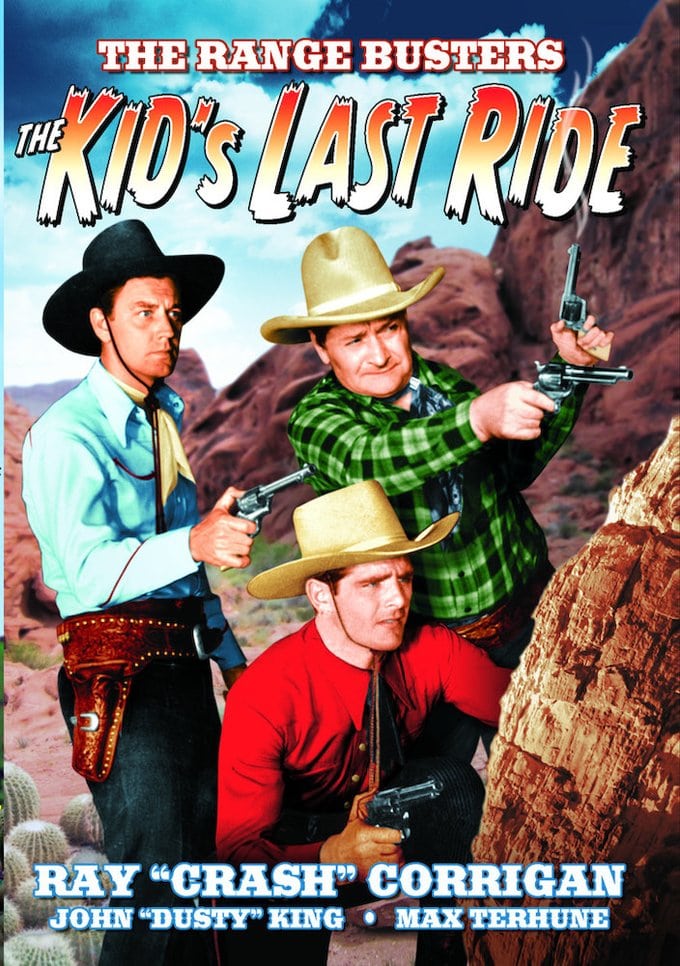 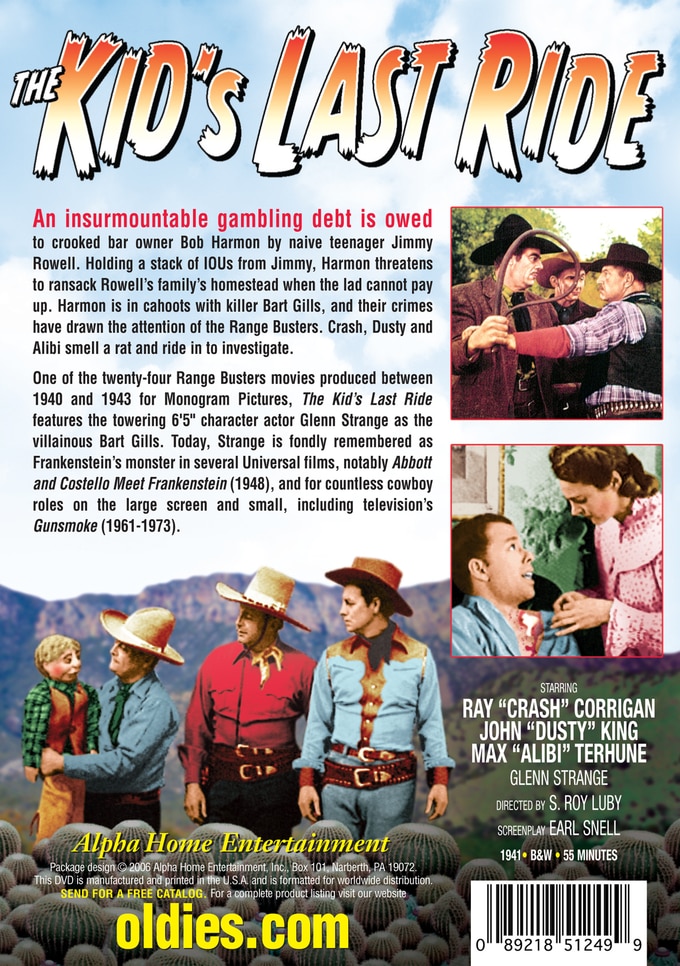 An insurmountable gambling debt is owed to crooked bar owner Bob Harmon by naive teenager Jimmy Rowell. Holding a stack of IOUs from Jimmy, Harmon threatens to ransack Rowell's family's homestead when the lad cannot pay up. Harmon is in cahoots with killer Bart Gills, and their crimes have drawn the attention of the Range Busters. Crash, Dusty and Alibi smell a rat and ride in to investigate.

One of the twenty-four Range Busters movies produced between 1940 and 1943 for Monogram Pictures, The Kid's Last Ride features the towering 6'5" character actor Glenn Strange as the villainous Bart Gills. Today, Strange is fondly remembered as Frankenstein's monster in several Universal films, notably Abbott and Costello Meet Frankenstein (1948), and for countless cowboy roles on the large screen and small, including television's "Gunsmoke" (1961-1973).

This "Range Busters" tale has the boys pretending to be on a blackmailer's side in order to help out the fella who's been duped.