Crash Corrigan and his pals ride the range in search of danger in two thrilling cowboy classics. 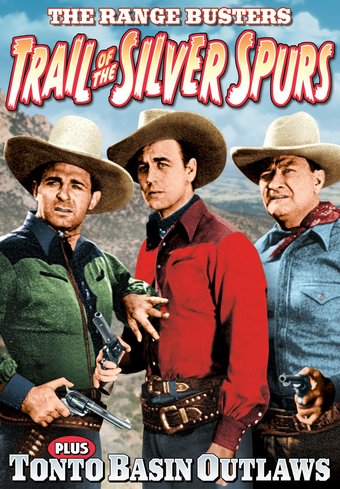 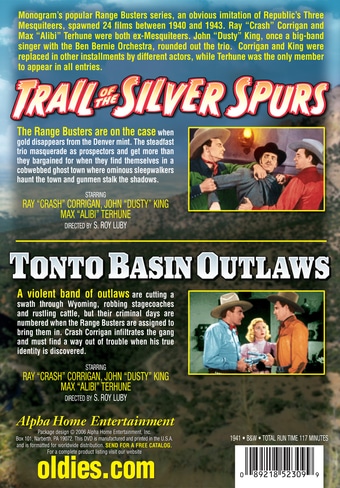 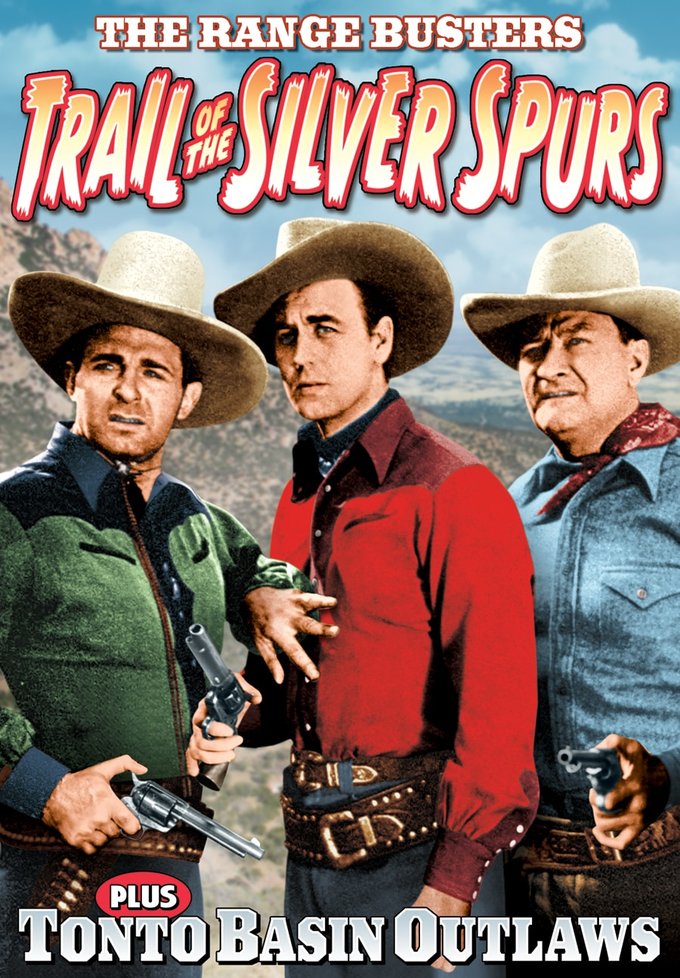 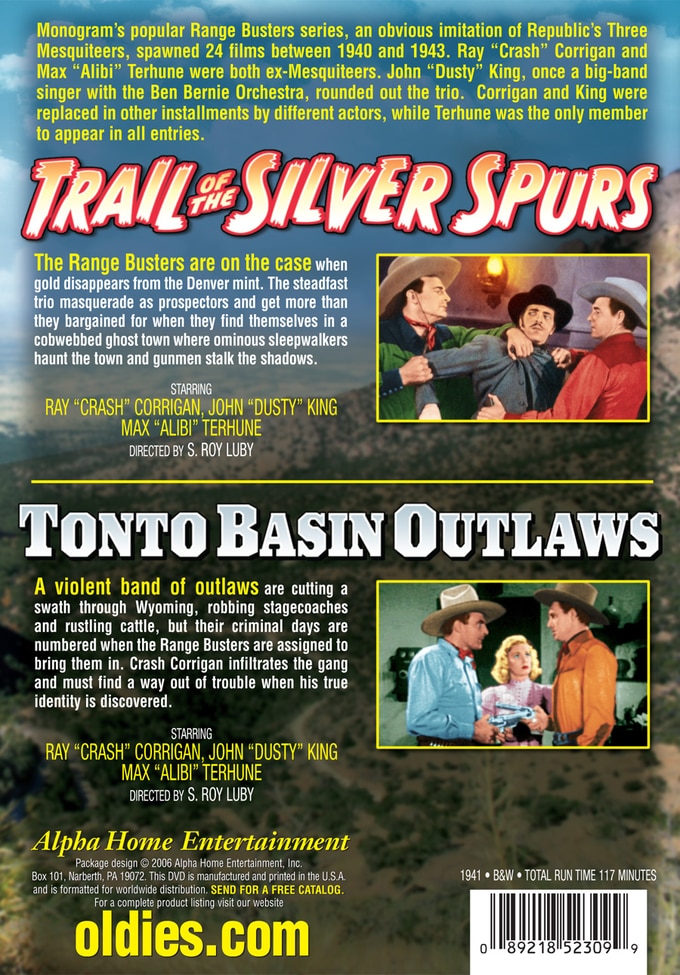 Monogram's popular Range Busters series, an obvious imitation of Republic's Three Mesquiteers, spawned 24 films between 1940 and 1943. Ray "Crash" Corrigan and Max "Alibi" Terhune were both ex-Mesquiteers. John "Dusty" King, once a big-band singer with the Ben Bernie Orchestra, rounded out the trio. Corrigan and King were replaced in other installments by different actors, while Terhune was the only member to appear in all entries.

Trail of the Silver Spurs (B&W, 1941): The Range Busters are on the case when gold disappears from the Denver mint. The steadfast trio masquerade as prospectors and get more than they bargained for when they find themselves in a cobwebbed ghost town where ominous sleepwalkers haunt the town and gunmen stalk the shadows.

Tonto Basin Outlaws (B&W, 1941): A violent band of outlaws are cutting a swath through Wyoming, robbing stagecoaches and rustling cattle, but their criminal days are numbered when the Range Busters are assigned to bring them in. Crash Corrigan infiltrates the gang and must find a way out of trouble when his true identity is discovered.

Monogram's RANGE BUSTERS series encompassed 24 films in the early 1940s. Starring Ray "Crash" Corrigan, Max "Alibi" Terhune, and John "Dusty" King, the films were full of cowboy action and depictions of life on the range. This twofer pairs TONTO BASIN OUTLAWS with THE TRAIL OF SILVER SPURS. In the former, the Range Busters are hot on the trail of a band of stagecoach-robbing outlaws in Wyoming. In the latter, the trio go undercover to find gold stolen from the Denver mint.
This product is made-on-demand by the manufacturer using DVD-R recordable media. Almost all DVD players can play DVD-Rs (except for some older models made before 2000) - please consult your owner's manual for formats compatible with your player. These DVD-Rs may not play on all computers or DVD player/recorders. To address this, the manufacturer recommends viewing this product on a DVD player that does not have recording capability.


Its very difficult NOT to like the Range Busters.Consistng of Crash Corrigan, John King , Max Terhune and a wise acre wooden dummy, Elmer Sneezweed, the Range Busters have good scripts, good byplay and lots of old fashioned "lets head them off at the pass" action. Ghost Towns, cattle stampedes, shoot outs, they're all here. ANY Range Buster flick will give you solid entertainment. Alpha Video has enough of a selection that an investment of $25 can get you EIGHT Range Buster films. Its money well spent!