A gang of cattle rustlers challenge Billy The Kid (Buster Crabbe) and his pal Fuzzy. 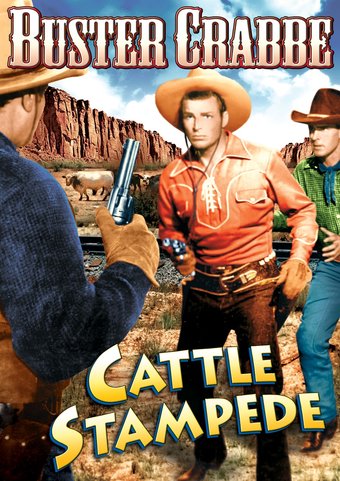 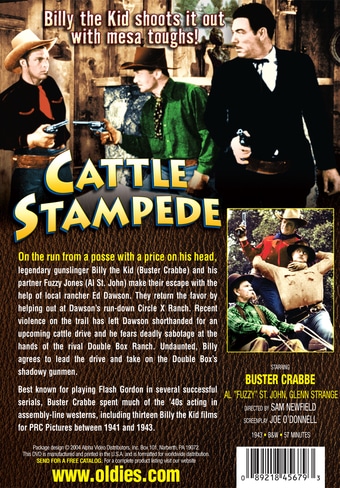 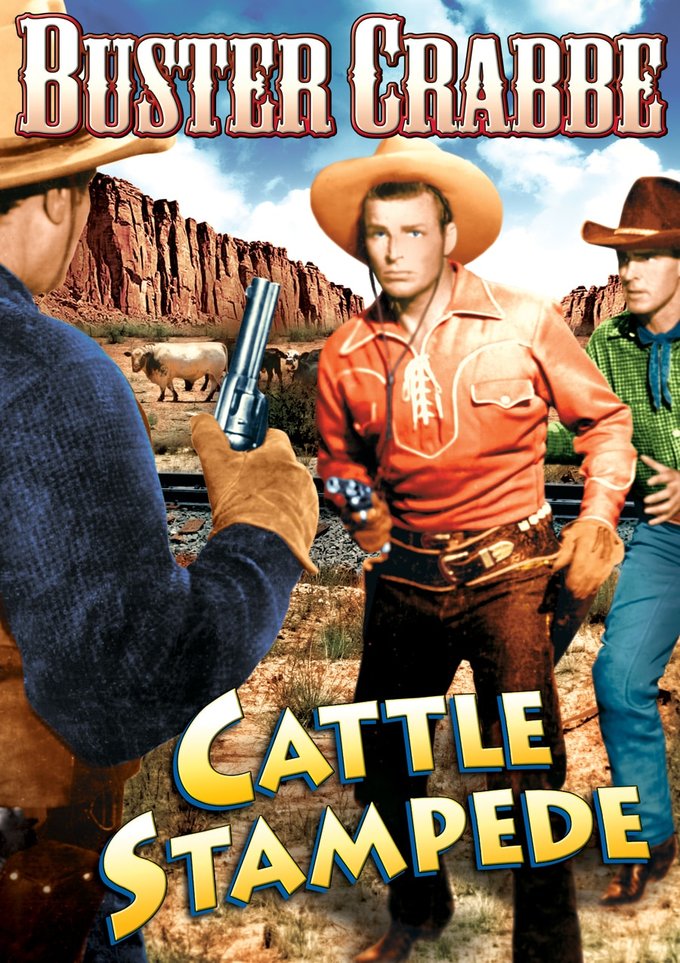 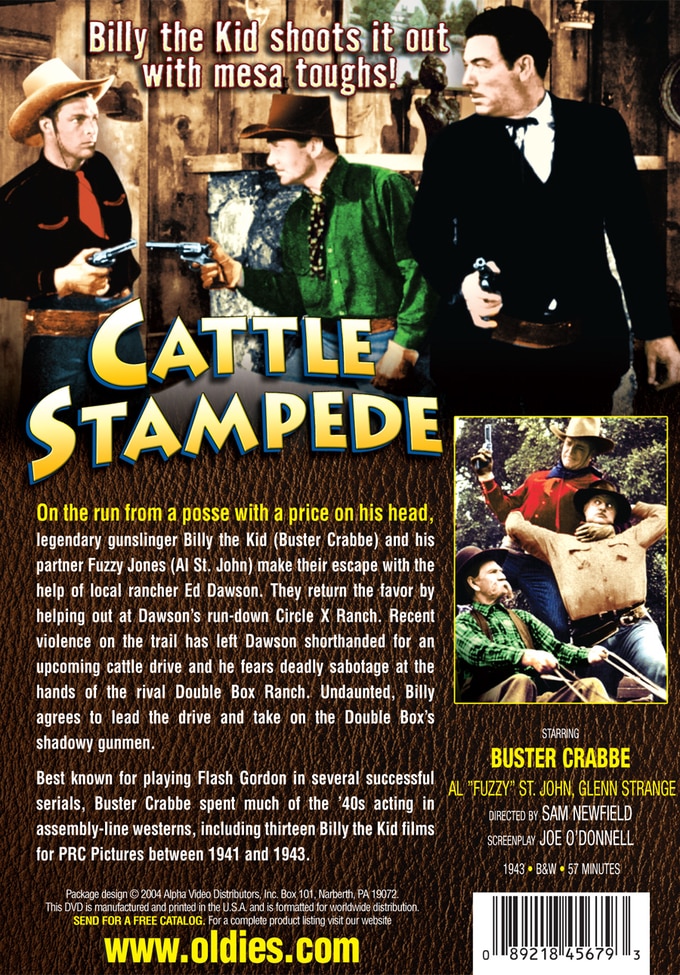 On the run from a posse with a price on his head, legendary gunslinger Billy the Kid (Buster Crabbe) and his partner Fuzzy Jones (Al St. John) make their escape with the help of local rancher Ed Dawson. They return the favor by helping out at Dawson's run-down Circle X Ranch. Recent violence on the trail has left Dawson shorthanded for an upcoming cattle drive and he fears deadly sabotage at the hands of the rival Double Box Ranch. Undaunted, Billy agrees to lead the drive and take on the Double Box's shadowy gunmen. Best known for playing Flash Gordon in several successful serials, Buster Crabbe spent much of the '40s acting in assembly-line westerns, including thirteen Billy the Kid films for PRC Pictures between 1941 and 1943.

This classic western stars Buster Crabbe as famed outlaw Billy the Kid. A wanted man, Billy partners up with Fuzzy Jones (Al St. John) and flees from Arizona with the help of local Rancher Ed Dawson (Hansel Warner). Billy agrees to return the favor by helping out on Warner's run-down Ranch, which is suffering the effects of a range war. In order to help Dawson, Billy will have to go up against the ranch's corrupt competitors, the gun-toting crooks of Double Box Ranch. Billy stands up to the task, fearlessly agreeing to lead the cattle towards the rail junction, even if it means risking his life on the trail.

Action | Murder | Cowboys | Horses
This product is made-on-demand by the manufacturer using DVD-R recordable media. Almost all DVD players can play DVD-Rs (except for some older models made before 2000) - please consult your owner's manual for formats compatible with your player. These DVD-Rs may not play on all computers or DVD player/recorders. To address this, the manufacturer recommends viewing this product on a DVD player that does not have recording capability.

The Ballad of Josie
$19
Add to Cart

The Redhead From Wyoming
$13 Super Savings
Add to Cart

Customer Rating:
Based on 106 ratings.