The Range Busters stick their heads in a noose and live to tell the tale in two western classics. 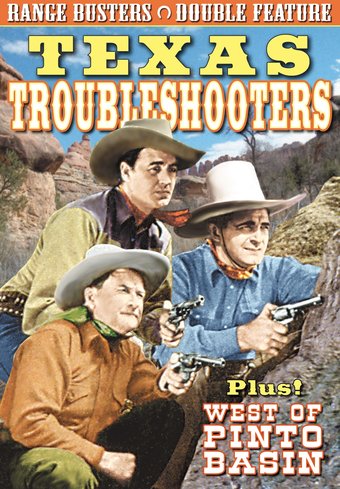 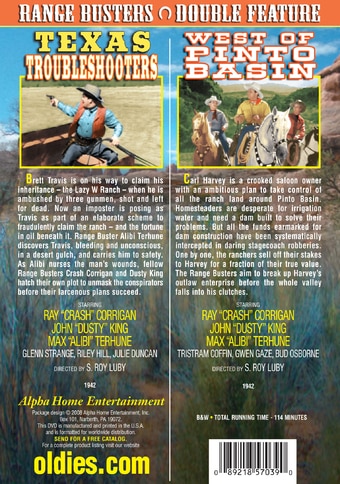 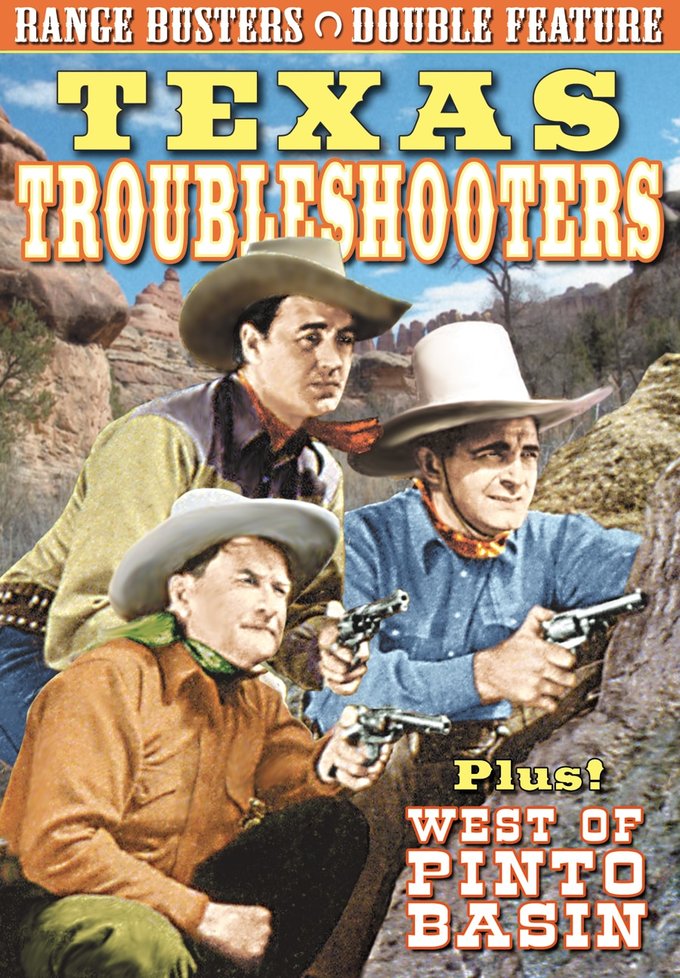 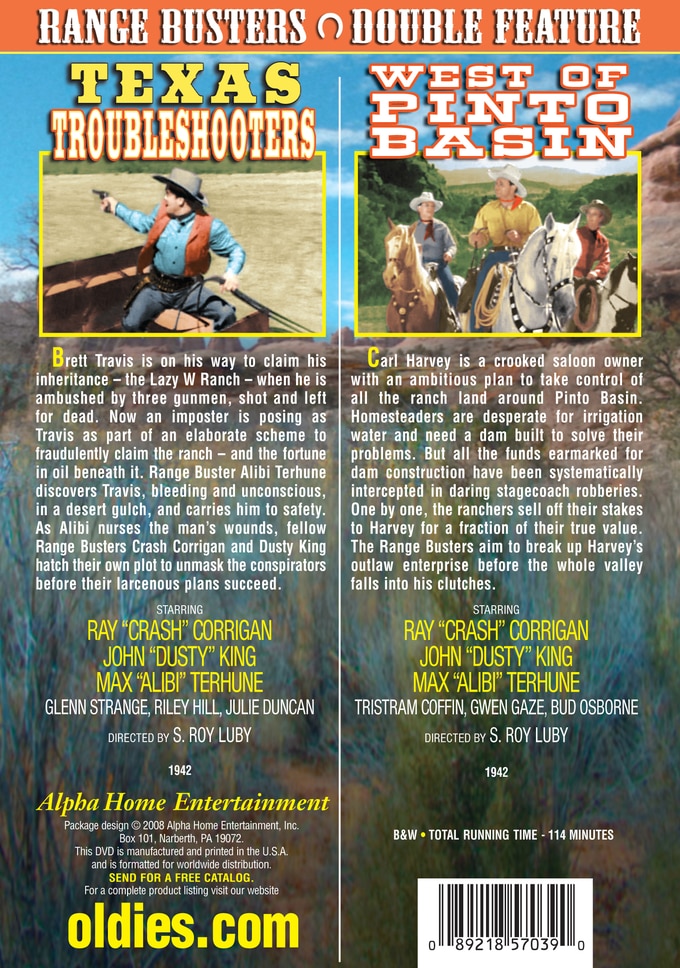 Buy this DVD & matching 11" x 17" Poster Add Both to Cart
More products that might interest you:
Classic Western Collection: 20 Full Color Vintage Movie Postcards (Movie Collectible) $7.98
Related products:
The Rough Riders: Down Texas Way for $6.98
Bob Steele - Classic Westerns Collection (Border Phantom / A Demon for Trouble / Trusted Outlaw /... for $6.60
The Range Busters: Boot Hill Bandits for $3.99
The Three Mesquiteers: Heart of The Rockies for $6.98
The Range Busters: Bullets And Saddles for $3.99
91% recommend us!

Texas Troubleshooters (1942, B&W): Brett Travis is on his way to claim his inheritance - the Lazy W Ranch - when he is ambushed by three gunmen, shot and left for dead. Now an imposter is posing as Travis as part of an elaborate scheme to fraudulently claim the ranch - and the fortune in oil beneath it. Range Buster Alibi Terhune discovers Travis, bleeding and unconscious, in a desert gulch, and carries him to safety. As Alibi nurses the man's wounds, fellow Range Busters Crash Corrigan and Dusty King hatch their own plot to unmask the conspirators before their larcenous plans succeed.

West of Pinto Basin (1942, B&W): Carl Harvey is a crooked saloon owner with an ambitious plan to take control of all the ranch land around Pinto Basin. Homesteaders are desperate for irrigation water and need a dam built to solve their problems. But all the funds earmarked for dam construction have been systematically intercepted in daring stagecoach robberies. One by one, the ranchers sell off their stakes to Harvey for a fraction of their true value. The Range Busters aim to break up Harvey's outlaw enterprise before the whole valley falls into his clutches.


Texas Troubleshooters was the 15th Range Buster movie and our terrific trio really were in thier prime here. The opening scene has John King warbling the then current hit "Deep in the Heart of Texas" with Max Terhune accompanying him with his classic birdcalls. Just when you think it can't get any better than that, someone starts throwing lead around and the Range Busters have to cancel thier vacation and defeat evildom.
Crash Corrigan, the orginal King of Cool, orders milk in a saloon in a classic scene and the Range Buster girl (in the days before Bond girls, Range Buster girls were legendary) is the nicely formed Julie Duncan. Glenn Strange is the villain and Kermit Maynard shows up so we can boo him, also.
(Both Duncan and Strange show up in the later Range Buster classic, "Haunted Ranch".) Of course our beloved chums win out in the end, because they are, after all, the Range Busters.