The Range Busters Bullets And Saddles

The Range Busters bring a villainous business tycoon to justice. 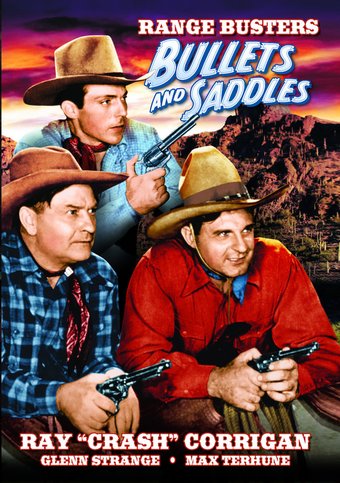 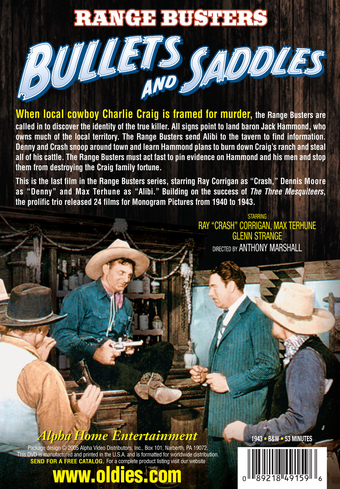 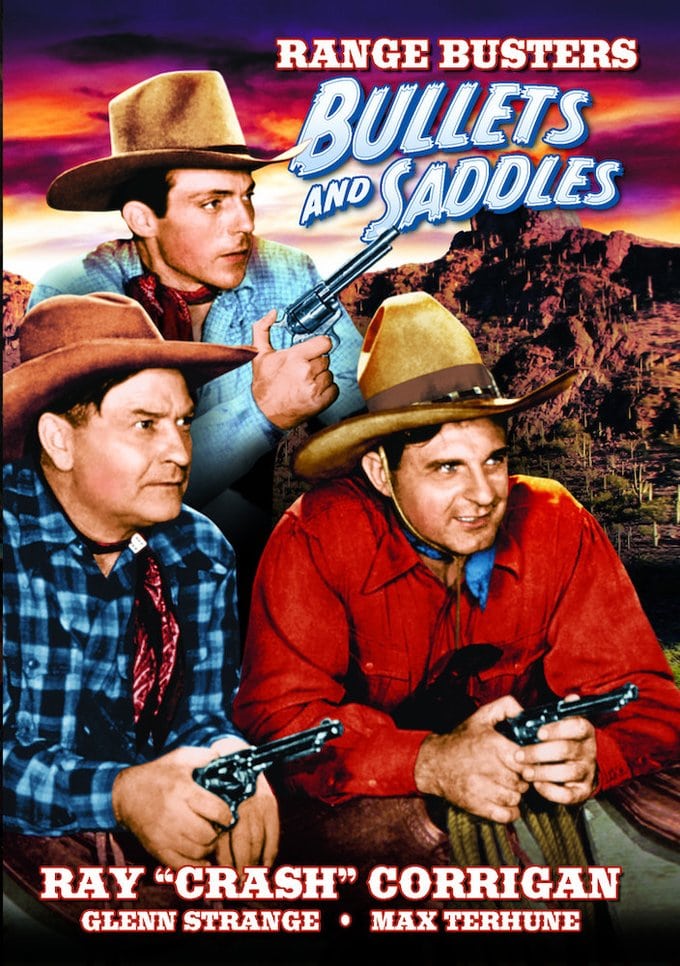 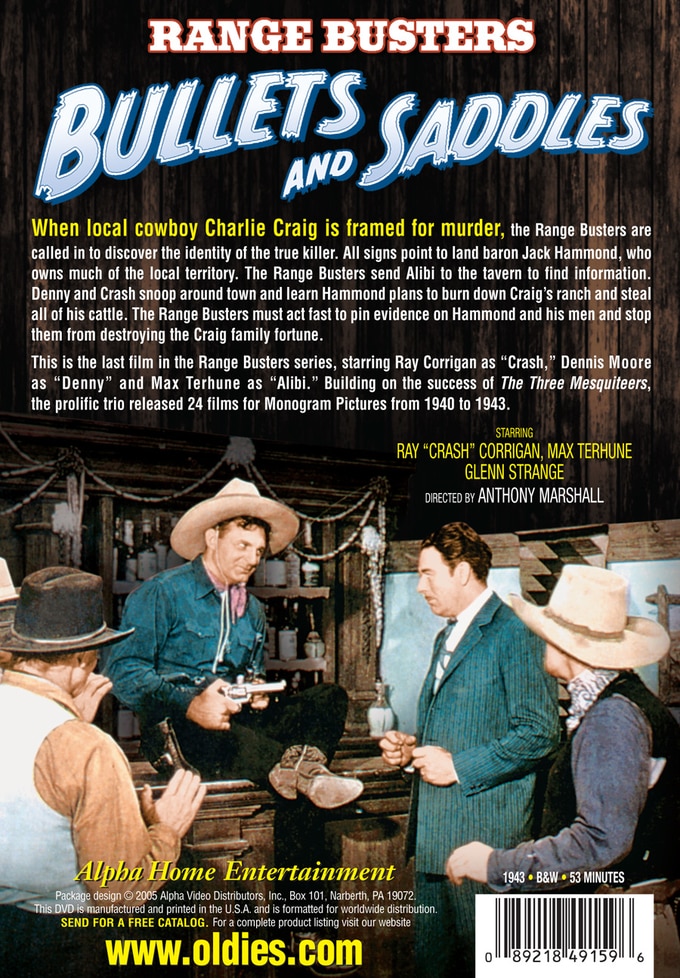 When local cowboy Charlie Craig is framed for murder, the Range Busters are called in to discover the identity of the true killer. All signs point to land baron Jack Hammond, who owns much of the local territory. The Range Busters send Alibi to the tavern to find information. Denny and Crash snoop around town and learn Hammond plans to burn down Craig's ranch and steal all of his cattle. The Range Busters must act fast to pin evidence on Hammond and his men and stop them from destroying the Craig family fortune.

This is the last film in the Range Busters series, starring Ray Corrigan as "Crash," Dennis Moore as "Denny" and Max Terhune as "Alibi." Building on the success of The Three Mesquiteers, the prolific trio released 24 films for Monogram Pictures from 1940 to 1943.

22%off
The Three Mesquiteers: The Purple Vigilantes (DVD-R)
$6.98 CYBER WEEK
Add to Cart


This was the grand finale of the Range Buster series, and in fact, throughout the movie no one calls them the "Range Busters", but just "Crash Corrigan and his two pals". Ominously, there is no "See ya Next time, gang!" at the end of the picture, either. The plot is typical Range Busters and some old favorites are around. Everybody's favorite Range Buster girl,Julie Duncan,sporting the nicest rack west of the Pecos, shows up and so does Glenn Strange as the bad guy, who gets socked in the nose by the King of Cool, Crash Corrigan. Forest Taylor does a nice job as the fair minded sheriff and its not a bad picture, just you get the sense you have seen it all before.
There was a geniune sadness when word reached the public in 1943 that this might be the Last Range Buster pic. LIVE magazine, the most popular periodical at the time, listed the last Range Buster picture as one of the top news events of 1943, right up there with the German defeat at Stalingrad and Mussolini being deposed. In fact, Crash was summoned to Warm Springs by President Roosevelt who asked him to continue the series to "keep up the morale of the fighting men." Corrigan, a true patriot, had tears in his eyes and said "God Bless you, Mr President, I will see what I can do!".
Thinking that a new Range Buster flick was in the making, FDR went to the Teheran conferance and told both Churchill and Stalin, each of them Range Buster fanatics, the good news. (In fact, check out the medals on Stalin's chest in period photographs, you can see Stalin's honorary Range Buster badge showing predominantly.)
Meanwhile Monogram was casting the newest Range Buster flix, "The Range Busters Take On the Nazis". Bobby Short had signed on as Hitler, Martin Kosleck as Goebbels and in a casting coup, had even signed Richard Loo as Tojo. But for a variety of reasons, it was not to be. "Bullets and Saddles" was the last Range Buster movie for all time.