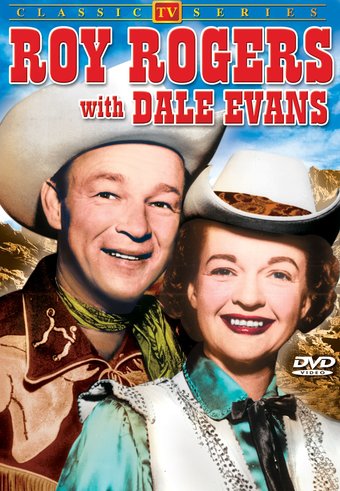 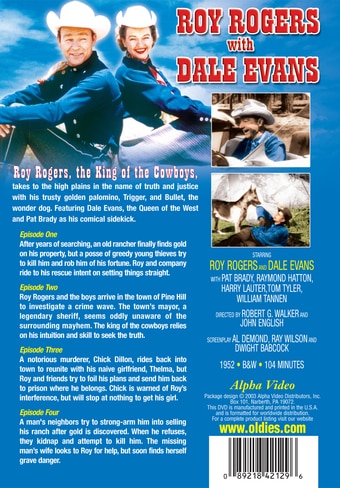 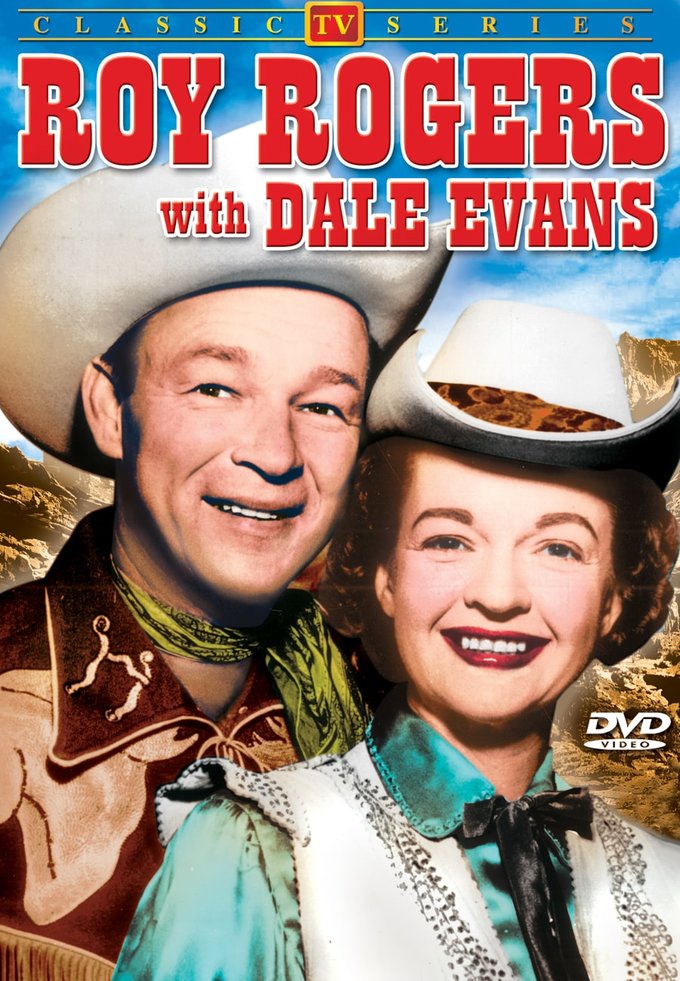 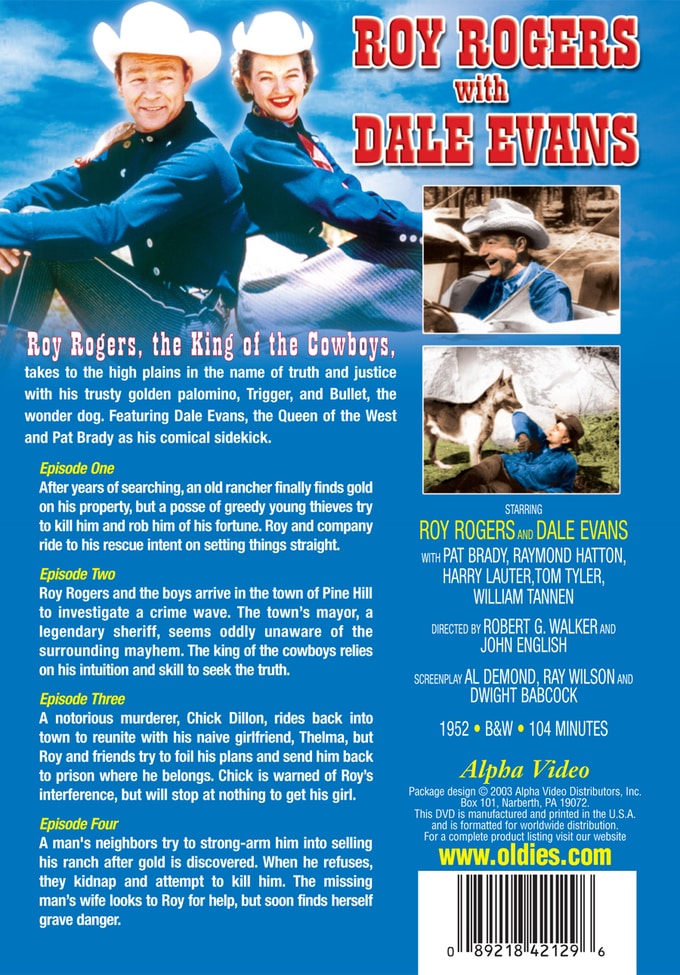 Episode 1: After years of searching, an old rancher finally finds gold on his property, but a posse of greedy young thieves try to kill him and rob him of his fortune. Roy and company ride to his rescue intent on setting things straight.

Episode 2: Roy Rogers and the boys arrive in the town of Pine Hill to investigate a crime wave. The town's mayor, a legendary sheriff, seems oddly unaware of the surrounding mayhem. The king of the cowboys relies on his intuition and skill to seek the truth.

Episode 3: A notorious murderer, Chick Dillon, rides back into town to reunite with his naive girlfriend, Thelma, but Roy and friends try to foil his plans and send him back to prison where he belongs. Chick is warned of Roy's interference, but will stop at nothing to get his girl.

Episode 4: A man's neighbors try to strong-arm him into selling his ranch after gold is discovered. When he refuses, they kidnap and attempt to kill him. The missing man's wife looks to Roy for help, but soon finds herself grave danger.

Everybody's favorite cowboy Roy Rogers teams up with the lovely Dale Evans in four episodes of the classic television show. In episode one, Roy must save the day when a band of thieves set out to steal an old rancher's gold. Episode two finds Roy and the gang in Pine Hill, where there has been a mysterious crime wave troubling the town. In episode three, a killer returns to town, leaving it up to Roy to send him off to jail. Finally, episode four concerns a man who is bullied by his neighbors when gold is discovered on his ranch.

Cowboys | Classic Television | Television Programs
This product is made-on-demand by the manufacturer using DVD-R recordable media. Almost all DVD players can play DVD-Rs (except for some older models made before 2000) - please consult your owner's manual for formats compatible with your player. These DVD-Rs may not play on all computers or DVD player/recorders. To address this, the manufacturer recommends viewing this product on a DVD player that does not have recording capability.


The TV show was The Roy Rogers Show; with Dale Evans, etc. These where great movies, and I could watch one episodes after another but it only had four episodes. I guess because these where the early ones that it was still Black and White. This only reasons I do not give a full 5 Stars. I look around can not find any others episodes, but will keep looking mean while if you have not seen these then NOW is the time, I recommend them with all my heart.