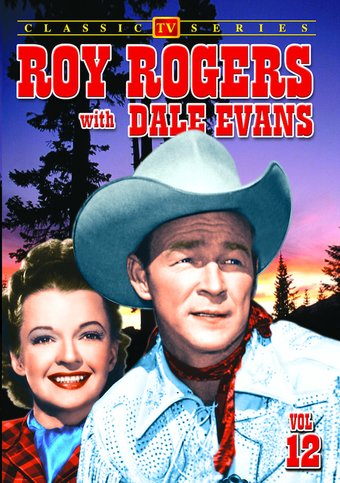 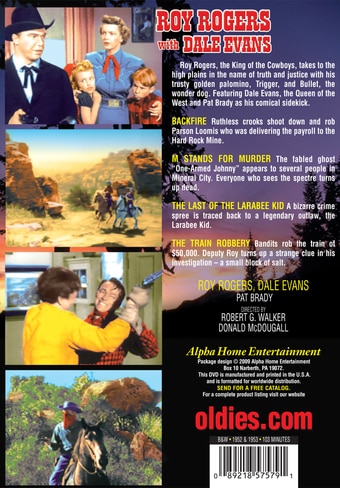 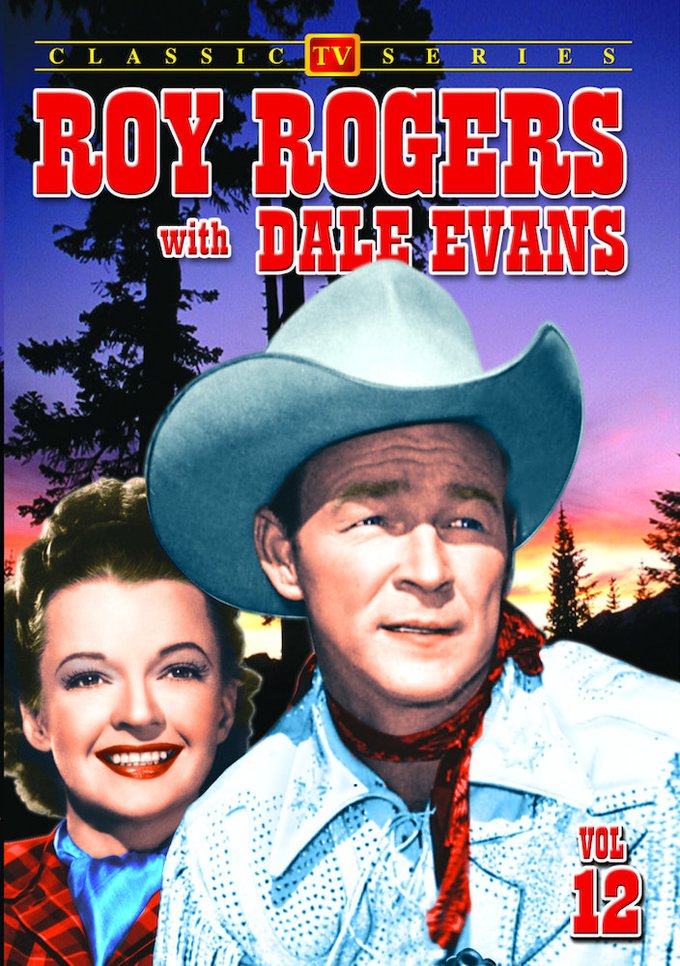 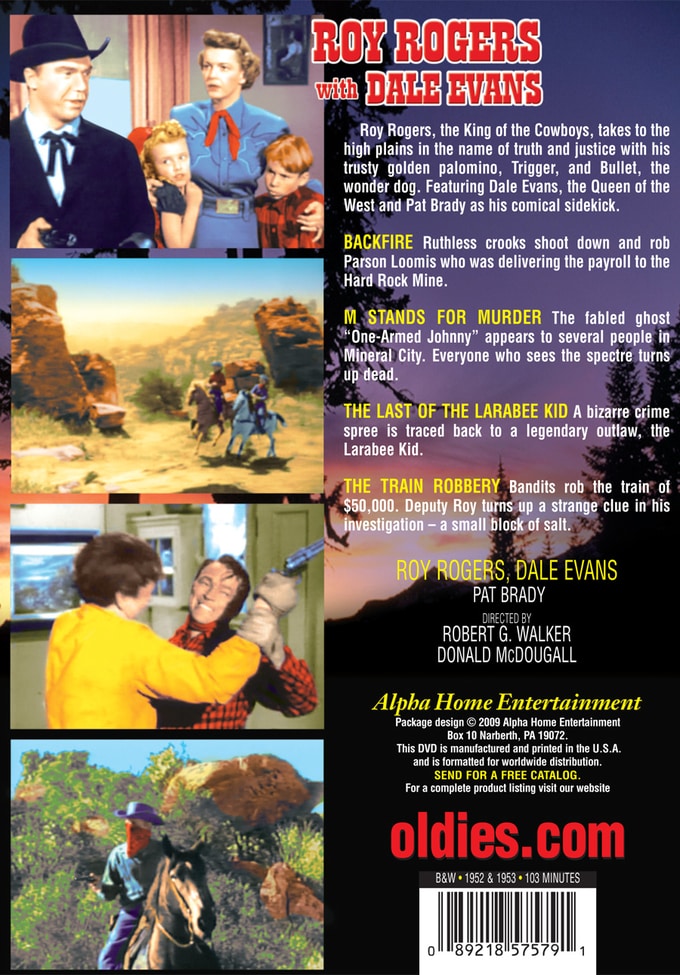 Backfire: Ruthless crooks shoot down and rob Parson Loomis who was delivering the payroll to the Hard Rock Mine.

M Stands For Murder: The fabled ghost "One-Armed Johnny" appears to several people in Mineral City. Everyone who sees the spectre turns up dead.

The Train Robbery: Bandits rob the train of $50,000. Deputy Roy turns up a strange clue in his investigation - a small block of salt.