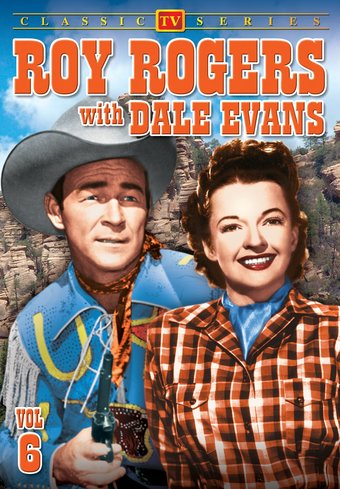 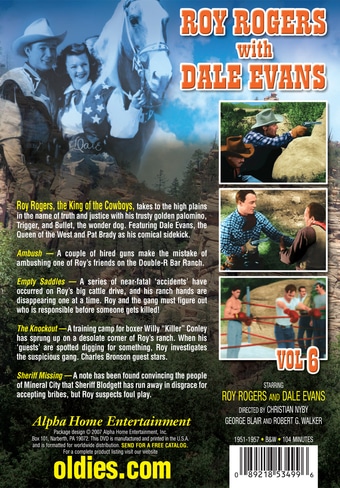 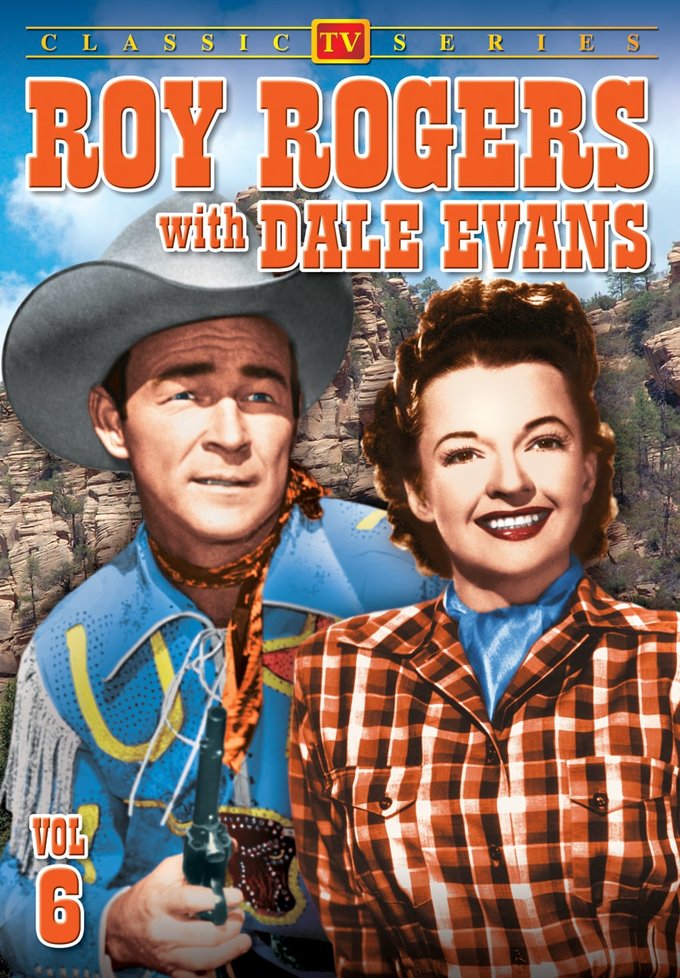 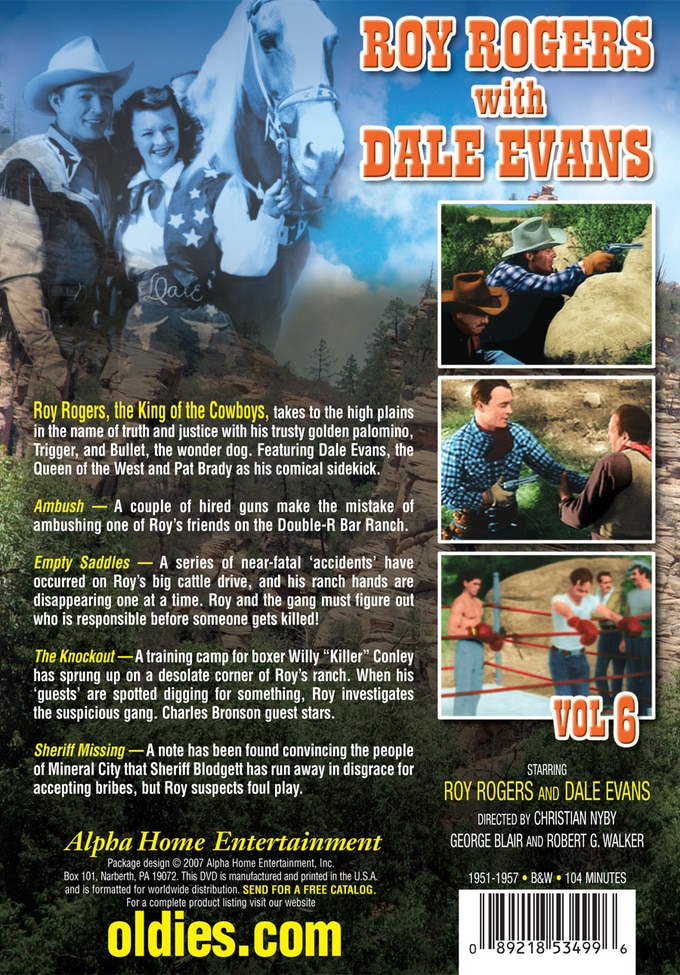 Ambush: A couple of hired guns make the mistake of ambushing one of Roy's friends on the Double-R Bar Ranch.

Empty Saddles: A series of near-fatal 'accidents' have occurred on Roy's big cattle drive, and his ranch hands are disappearing one at a time. Roy and the gang must figure out who is responsible before someone gets killed!

The Knockout: A training camp for boxer Willy "Killer" Conley has sprung up on a desolate corner of Roy's ranch. When his 'guests' are spotted digging for something, Roy investigates the suspicious gang. Charles Bronson guest stars.

Sheriff Missing: A note has been found convincing the people of Mineral City that Sheriff Blodgett has run away in disgrace for accepting bribes, but Roy suspects foul play.

Everybody's favorite cowboy Roy Rogers teams up with the lovely Dale Evans in this classic television show. Along with his trusted horse, Trigger, and loyal dog, Bullet, Roy fights for justice on the American frontier. This collection presents four episodes of the action-packed series: "Ambush," "Empty Saddles," "The Knockout," and "Sheriff Missing."
This product is made-on-demand by the manufacturer using DVD-R recordable media. Almost all DVD players can play DVD-Rs (except for some older models made before 2000) - please consult your owner's manual for formats compatible with your player. These DVD-Rs may not play on all computers or DVD player/recorders. To address this, the manufacturer recommends viewing this product on a DVD player that does not have recording capability.