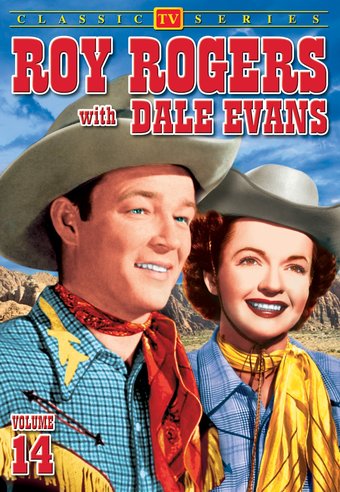 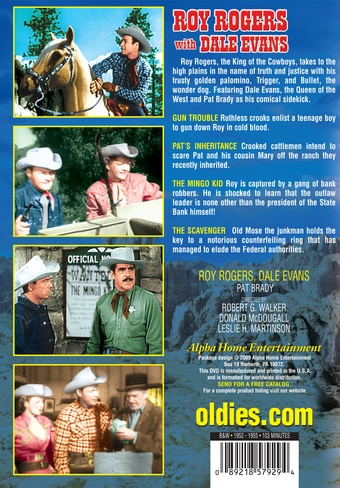 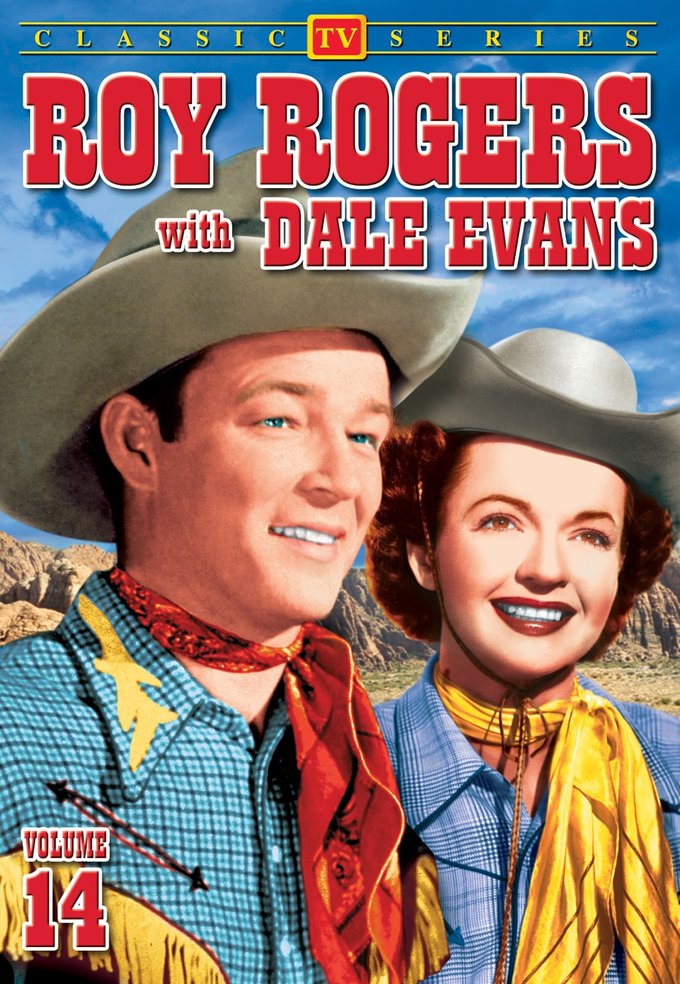 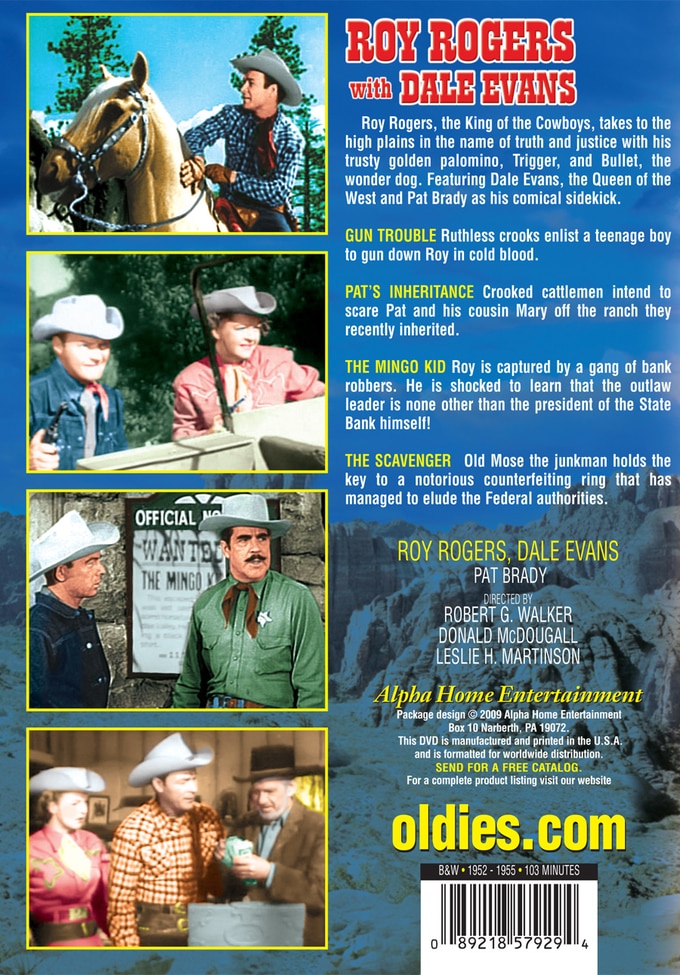 Pat's Inheritance: Crooked cattlemen intend to scare Pat and his cousin Mary off the ranch they recently inherited.

The Mingo Kid: Roy is captured by a gang of bank robbers. He is shocked to learn that the outlaw leader is none other than the president of the State Bank himself!

The Scavenge: Old Mose the junkman holds the key to a notorious counterfeiting ring that has managed to elude the Federal authorities.

Everybody's favorite cowboy Roy Rogers teams up with the lovely Dale Evans in this classic television show. Along with his trusted horse, Trigger, and loyal dog, Bullet, Roy fights for justice on the American frontier. This collection presents four episodes of the action-packed series: "Gun Trouble," "Pat's Inheritance," "The Mingo Kid," and "The Scavenge."

Classic Television
This product is made-on-demand by the manufacturer using DVD-R recordable media. Almost all DVD players can play DVD-Rs (except for some older models made before 2000) - please consult your owner's manual for formats compatible with your player. These DVD-Rs may not play on all computers or DVD player/recorders. To address this, the manufacturer recommends viewing this product on a DVD player that does not have recording capability.