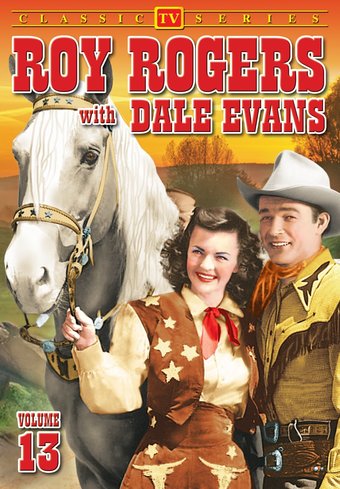 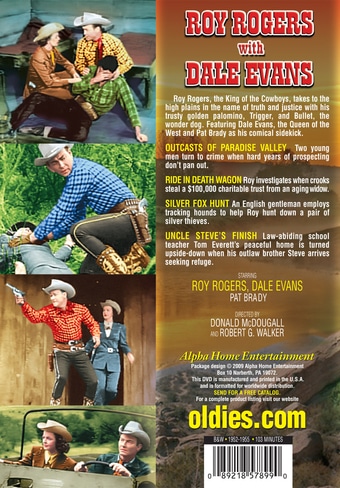 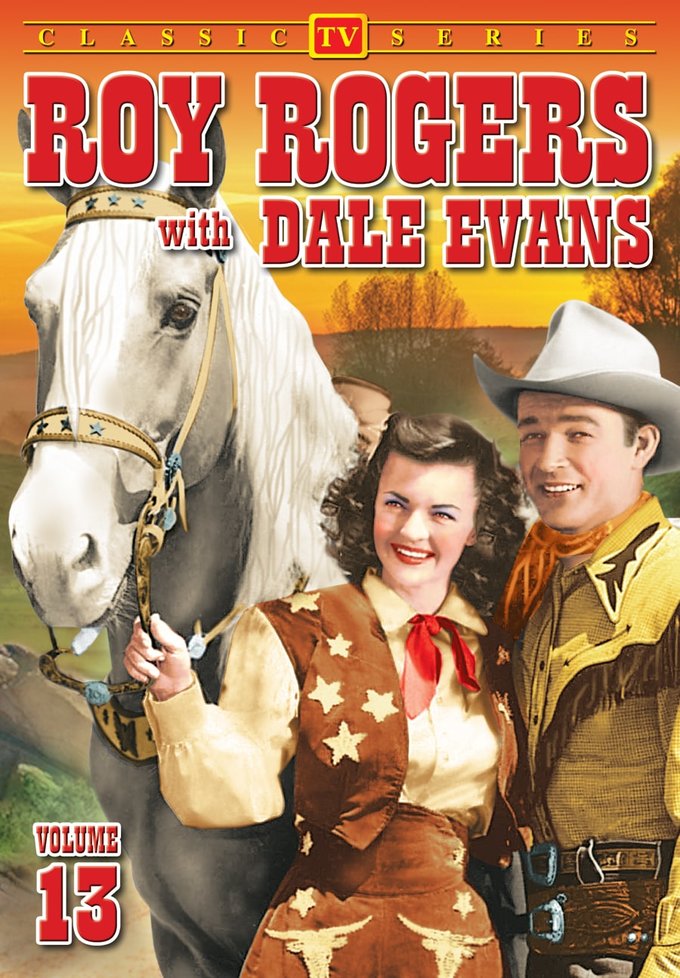 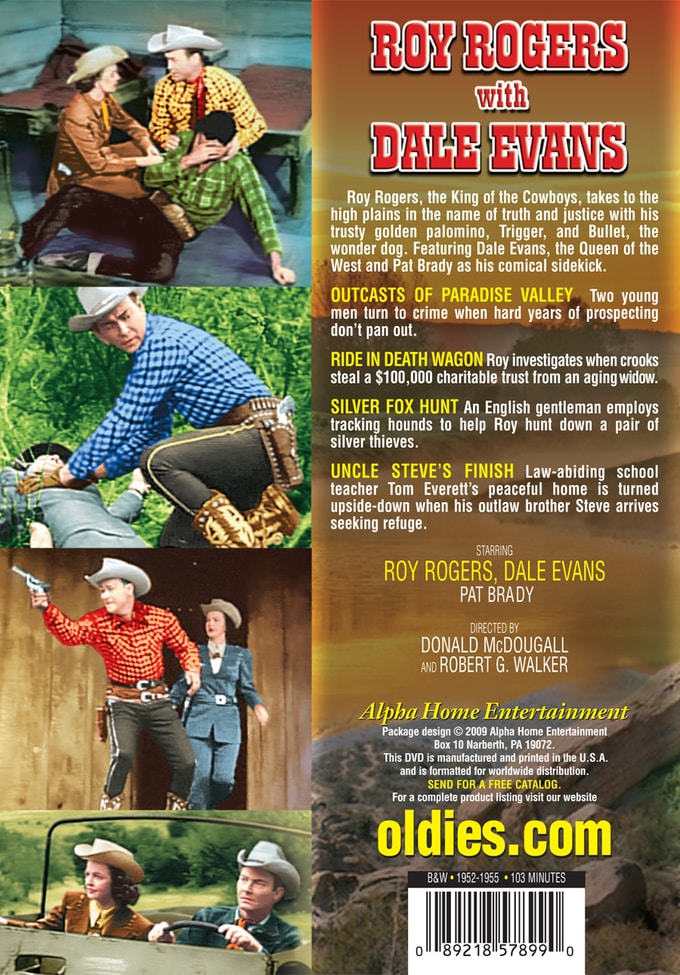 Ride In Death Wagon: Roy investigates when crooks steal a $100,000 charitable trust from an aging widow.

Everybody's favorite cowboy, Roy Rogers, teams up with the lovely Dale Evans in this classic television show. Along with his trusted horse, Trigger, and loyal dog, Bullet, Roy fights for justice on the American frontier. This collection presents four episodes of the action-packed series: "Outcasts of Paradise Valley," "Ride in Death Wagon," "Silver Fox Hunt," and "Uncle Steve's Finish."