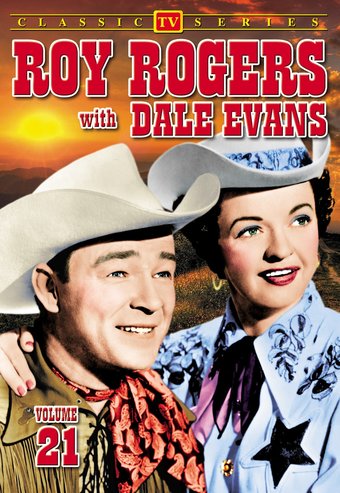 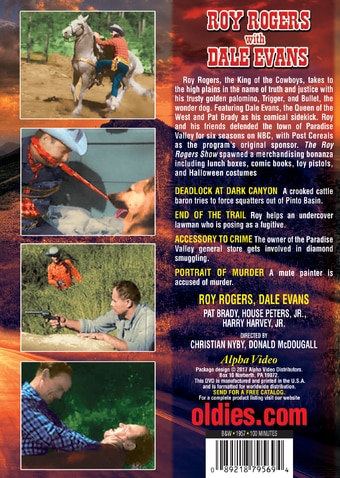 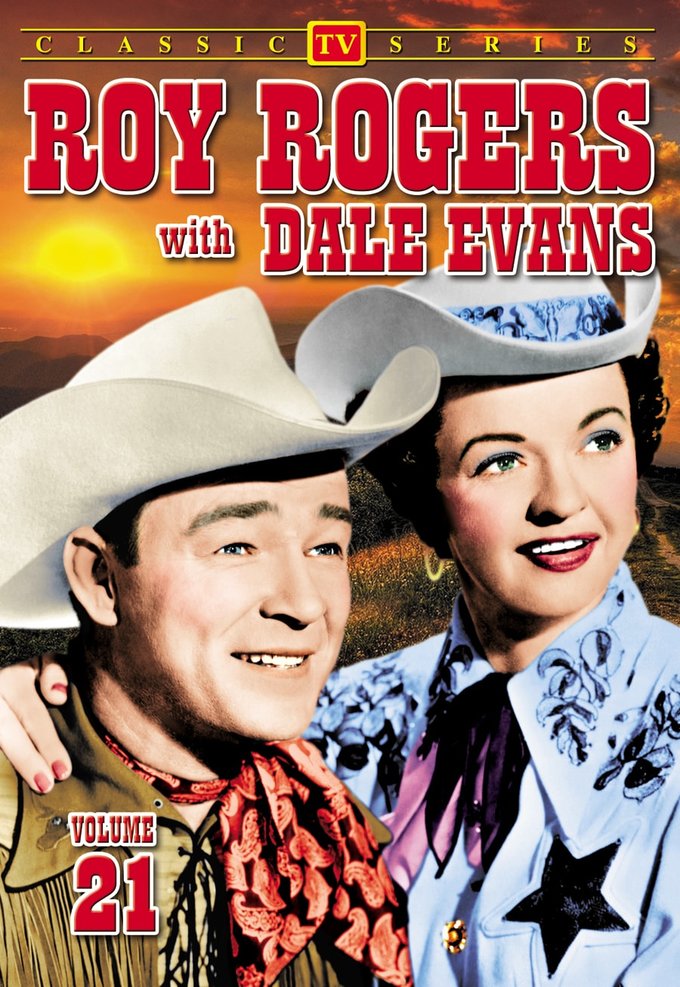 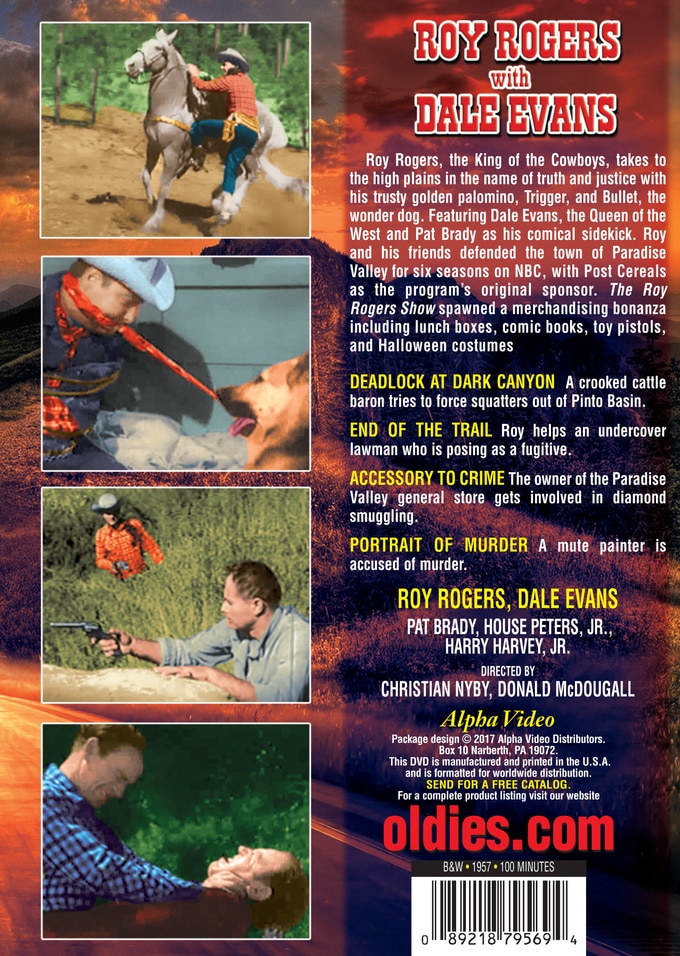 Roy Rogers, the King of the Cowboys, takes to the high plains in the name of truth and justice with his trusty golden palomino, Trigger, and Bullet, the wonder dog. Featuring Dale Evans, the Queen of the West and Pat Brady as his comical sidekick. Roy and his friends defended the town of Paradise Valley for six seasons on NBC, with Post Cereals as the program's original sponsor. The Roy Rogers Show spawned a merchandising bonanza including lunch boxes, comic books, toy pistols, and Halloween costumes.

DEADLOCK AT DARK CANYON: A crooked cattle baron tries to force squatters out of Pinto Basin.

END OF THE TRAIL: Roy helps an undercover lawman who is posing as a fugitive.

ACCESSORY TO CRIME: The owner of the Paradise Valley general store gets involved in diamond smuggling.

PORTRAIT OF MURDER: A mute painter is accused of murder.