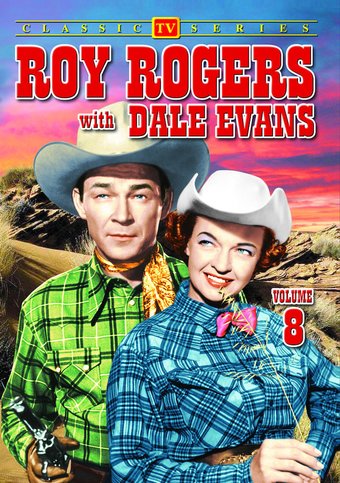 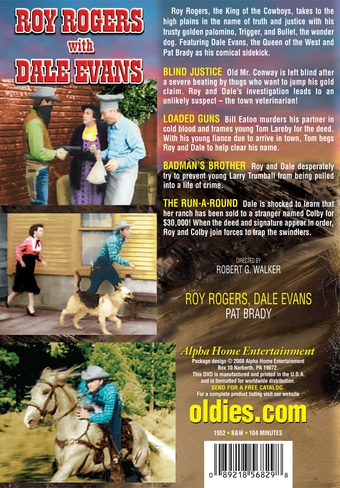 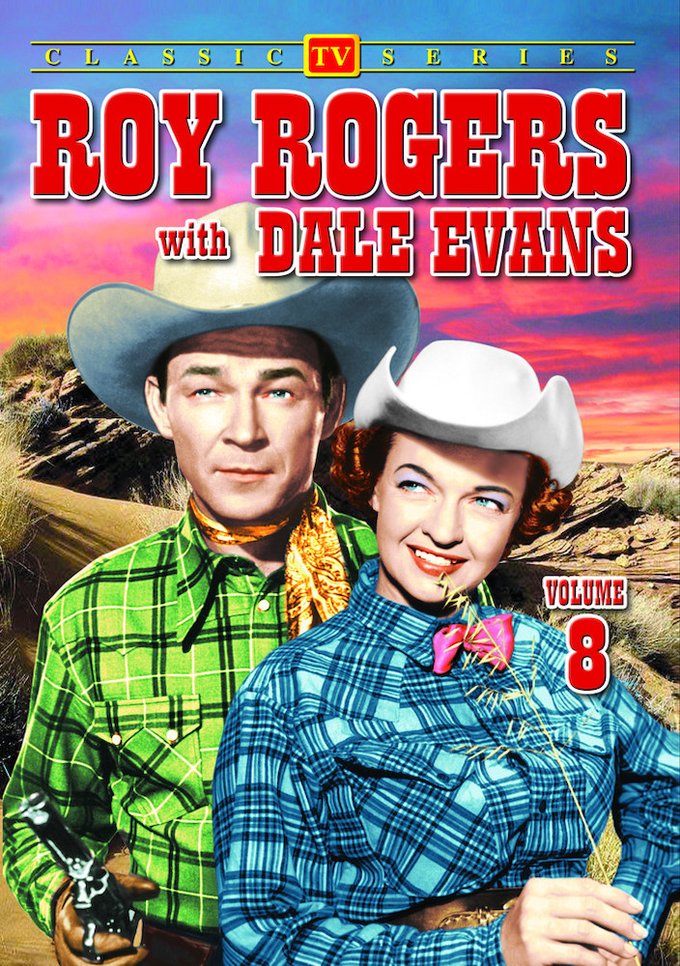 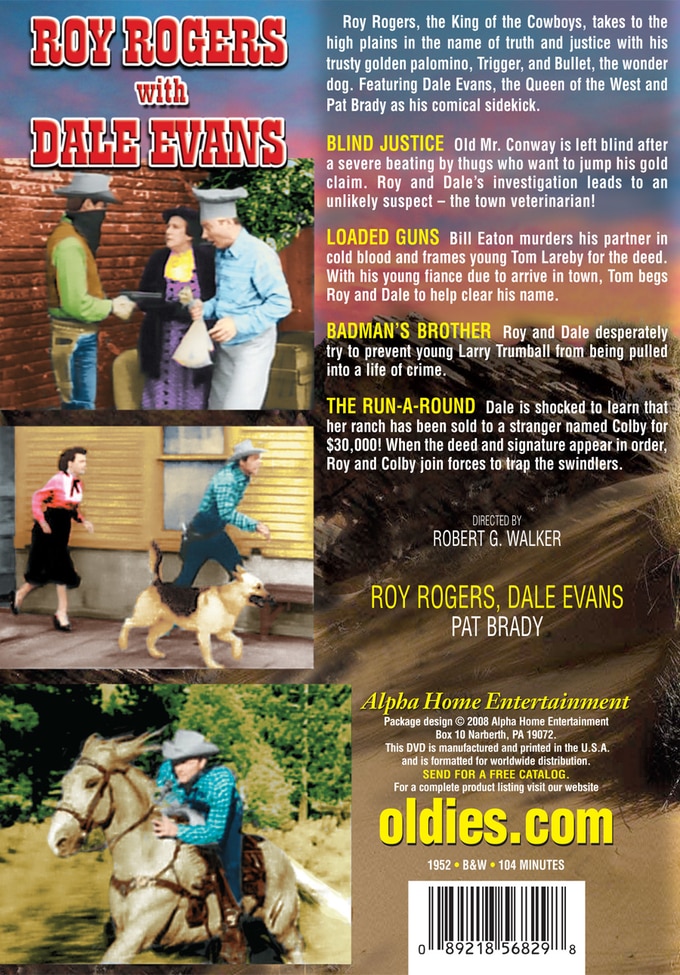 Blind Justice: Old Mr. Conway is left blind after a severe beating by thugs who want to jump his gold claim. Roy and Dale's investigation leads to an unlikely suspect - the town veterinarian!

Loaded Guns: Bill Eaton murders his partner in cold blood and frames young Tom Lareby for the deed. With his young fiance due to arrive in town, Tom begs Roy and Dale to help clear his name.

Badman's Brother: Roy and Dale desperately try to prevent young Larry Trumball from being pulled into a life of crime.

The Run-A-Round: Dale is shocked to learn that her ranch has been sold to a stranger named Colby for $30,000! When the deed and signature appear in order, Roy and Colby join forces to trap the swindlers.

Everybody's favorite cowboy Roy Rogers teams up with the lovely Dale Evans in this classic television show. Along with his trusted horse, Trigger, and loyal dog, Bullet, Roy fights for justice on the American frontier. This collection presents four episodes of the action-packed series: "Blind Justice," "Loaded Guns," "Badman's Brother," and "The Run-A-Round."