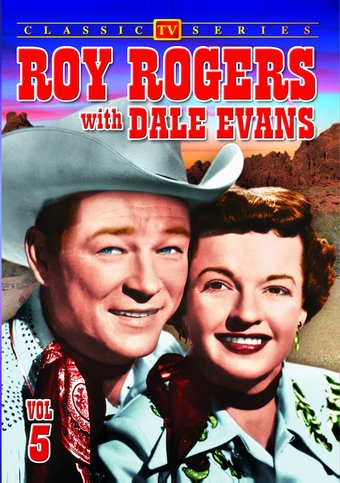 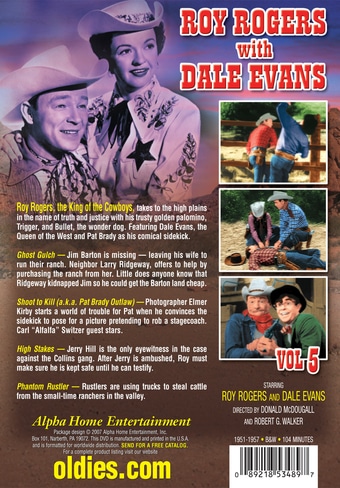 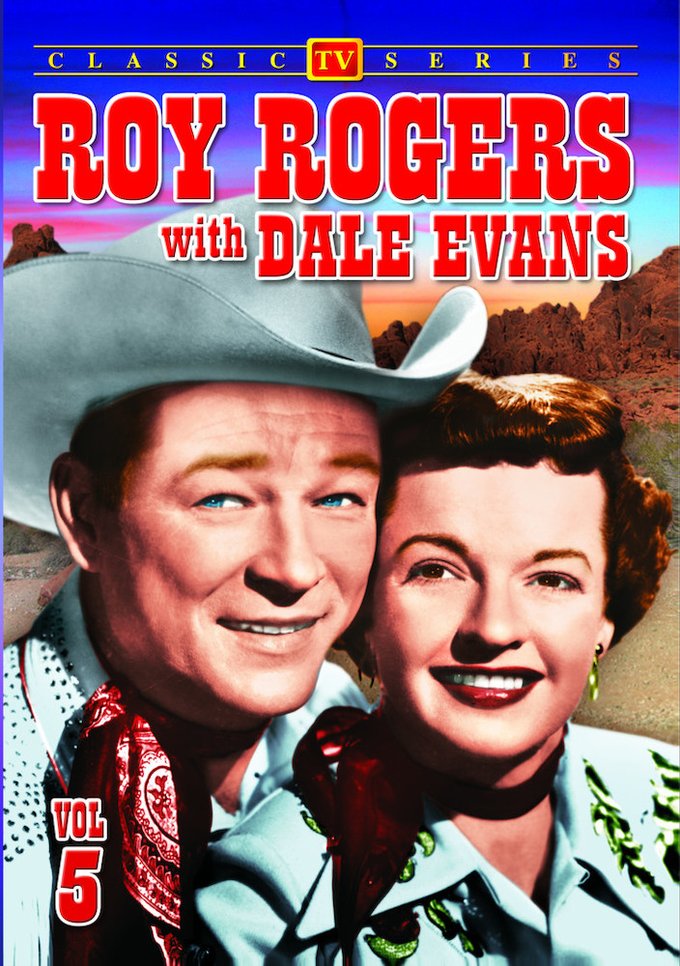 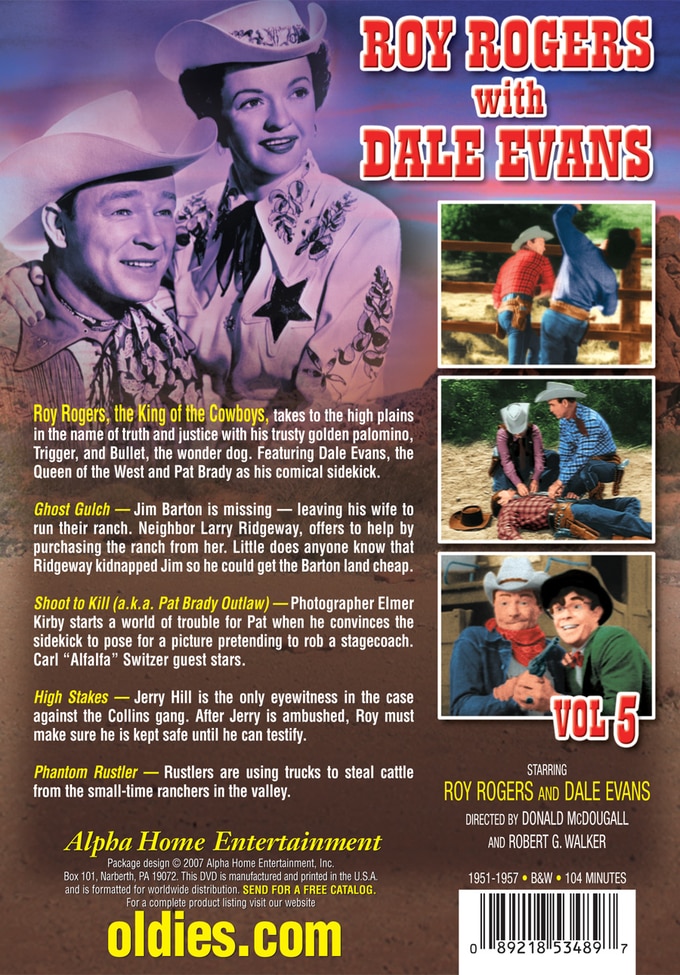 Ghost Gulch: Jim Barton is missing - leaving his wife to run their ranch. Neighbor Larry Ridgeway, offers to help by purchasing the ranch from her. Little does anyone know that Ridgeway kidnapped Jim so he could get the Barton land cheap.

Shoot to Kill (a.k.a. Pat Brady Outlaw): Photographer Elmer Kirby starts a world of trouble for Pat when he convinces the sidekick to pose for a picture pretending to rob a stagecoach. Carl "Alfalfa" Switzer guest stars.

High Stakes: Jerry Hill is the only eyewitness in the case against the Collins gang. After Jerry is ambushed, Roy must make sure he is kept safe until he can testify.

Phantom Rustler: Rustlers are using trucks to steal cattle from the small-time ranchers in the valley.

Everybody's favorite cowboy Roy Rogers teams up with the lovely Dale Evans in this classic television show. Along with his trusted horse, Trigger, and loyal dog, Bullet, Roy fights for justice on the American frontier. This collection presents four episodes of the action-packed series: "Ghost Gulch," "Shoot to Kill (a.k.a. Pat Brady Outlaw)," "High Stakes," and "Phantom Rustler."
This product is made-on-demand by the manufacturer using DVD-R recordable media. Almost all DVD players can play DVD-Rs (except for some older models made before 2000) - please consult your owner's manual for formats compatible with your player. These DVD-Rs may not play on all computers or DVD player/recorders. To address this, the manufacturer recommends viewing this product on a DVD player that does not have recording capability.