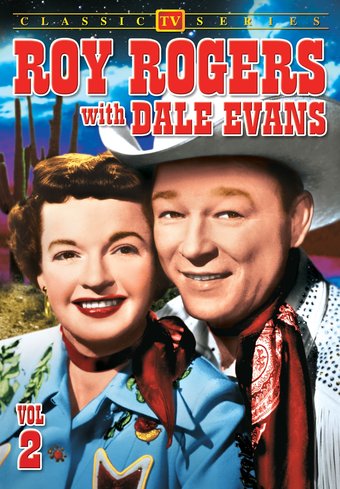 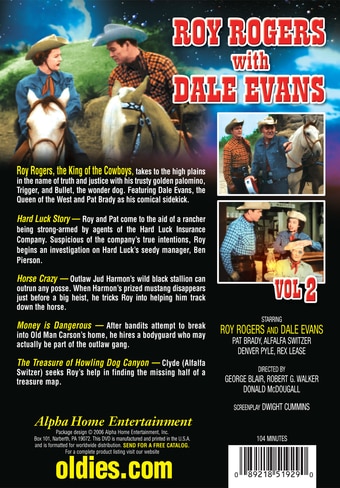 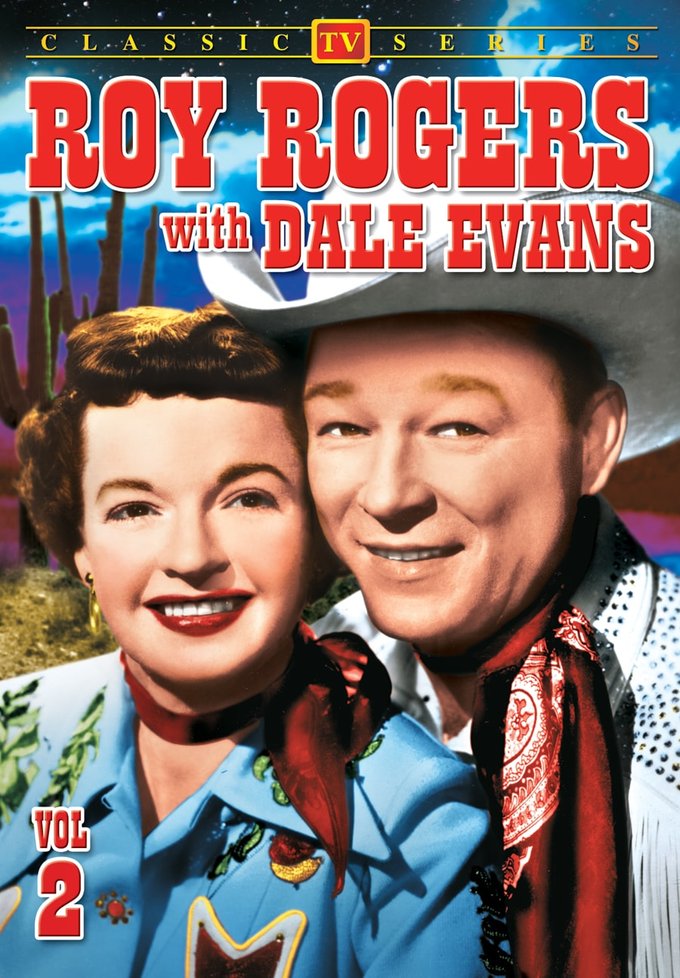 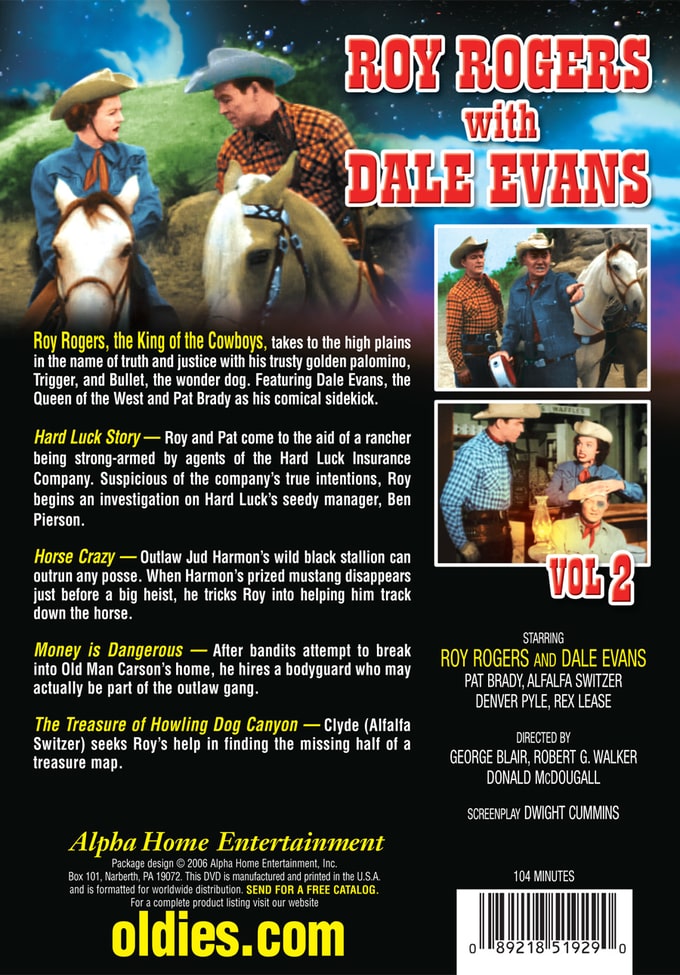 Hard Luck Story: Roy and Pat come to the aid of a rancher being strong-armed by agents of the Hard Luck Insurance Company. Suspicious of the company's true intentions, Roy begins an investigation on Hard Luck's seedy manager, Ben Pierson.

Horse Crazy: Outlaw Jud Harmon's wild black stallion can outrun any posse. When Harmon's prized mustang disappears just before a big heist, he tricks Roy into helping him track down the horse.

Money is Dangerous: After bandits attempt to break into Old Man Carson's home, he hires a bodyguard who may actually be part of the outlaw gang.

The Treasure of Howling Dog Canyon: Clyde (Alfalfa Switzer) seeks Roy's help in finding the missing half of a treasure map.

Everybody's favorite cowboy Roy Rogers teams up with the lovely Dale Evans in this classic television show. Along with his trusted horse, Trigger, and loyal dog, Bullet, Roy fights for justice on the American frontier. This collection presents four episodes of the action-packed series: "Hard Luck Story," "Horse Crazy," "Money is Dangerous," and "The Treasure of Howling Dog Canyon."

Cowboys | Television Shows
This product is made-on-demand by the manufacturer using DVD-R recordable media. Almost all DVD players can play DVD-Rs (except for some older models made before 2000) - please consult your owner's manual for formats compatible with your player. These DVD-Rs may not play on all computers or DVD player/recorders. To address this, the manufacturer recommends viewing this product on a DVD player that does not have recording capability.