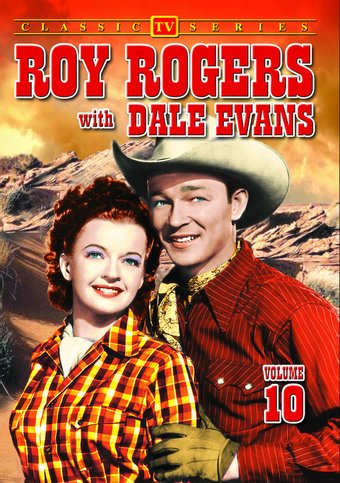 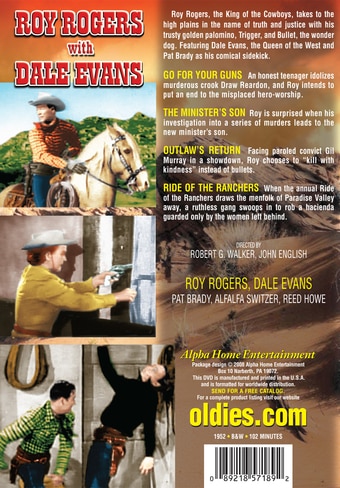 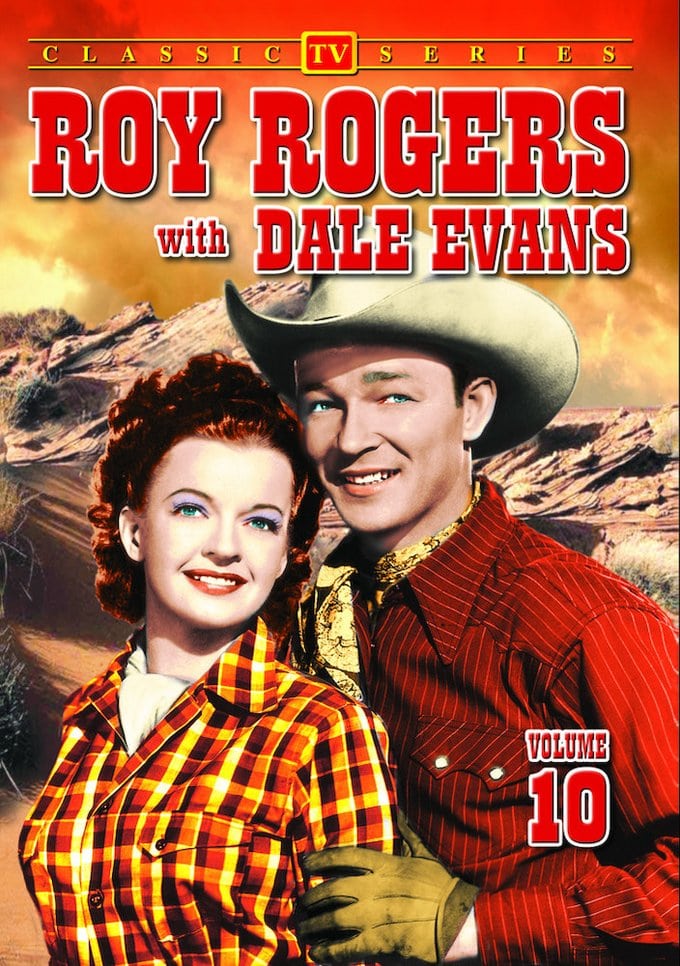 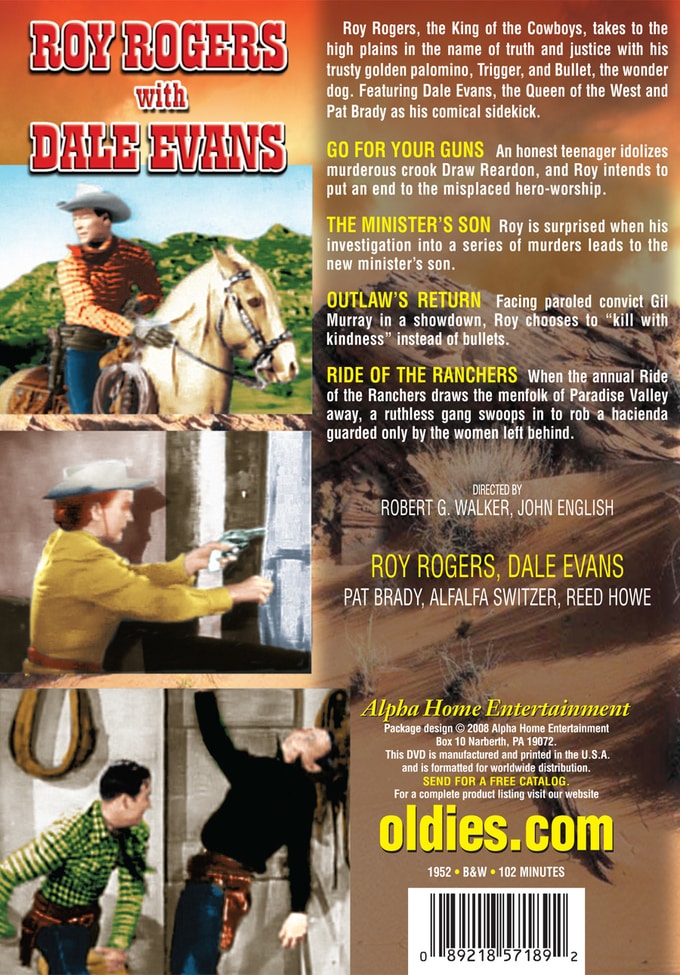 Go For Your Guns: An honest teenager idolizes murderous crook Draw Reardon, and Roy intends to put an end to the misplaced hero-worship.

The Minister's Son: Roy is surprised when his investigation into a series of murders leads to the new minister's son.

Outlaw's Return: Facing paroled convict Gil Murray in a showdown, Roy chooses to "kill with kindness" instead of bullets.

Ride Of The Ranchers: When the annual Ride of the Ranchers draws the menfolk of Paradise Valley away, a ruthless gang swoops in to rob a hacienda guarded only by the women left behind.

Everybody's favorite cowboy Roy Rogers teams up with the lovely Dale Evans in this classic television show. Along with his trusted horse, Trigger, and loyal dog, Bullet, Roy fights for justice on the American frontier. This collection presents four episodes of the action-packed series: "Go For Your Guns," "The Minister's Son," "Outlaw's Return," and "Ride Of The Ranchers."