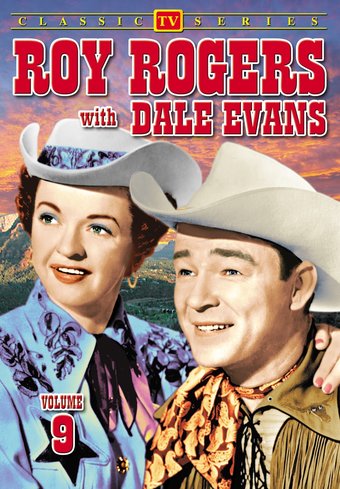 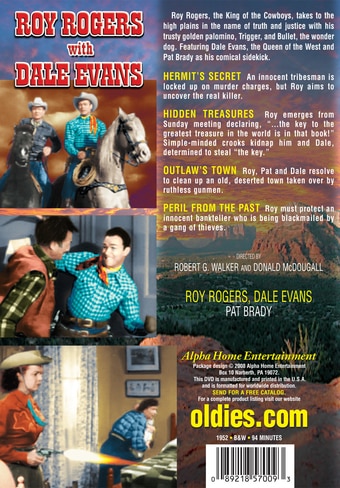 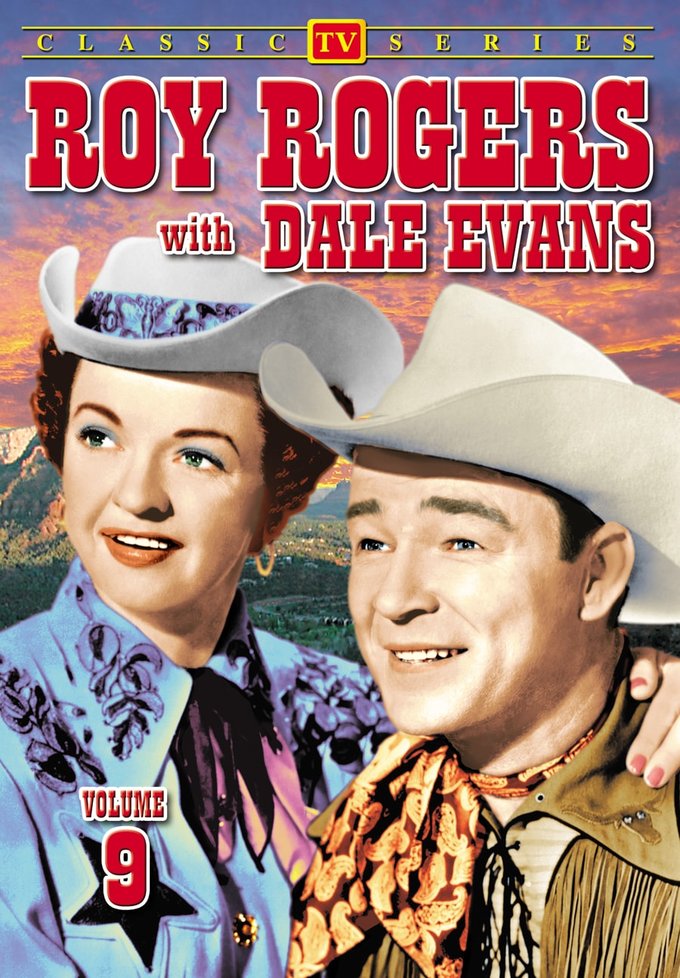 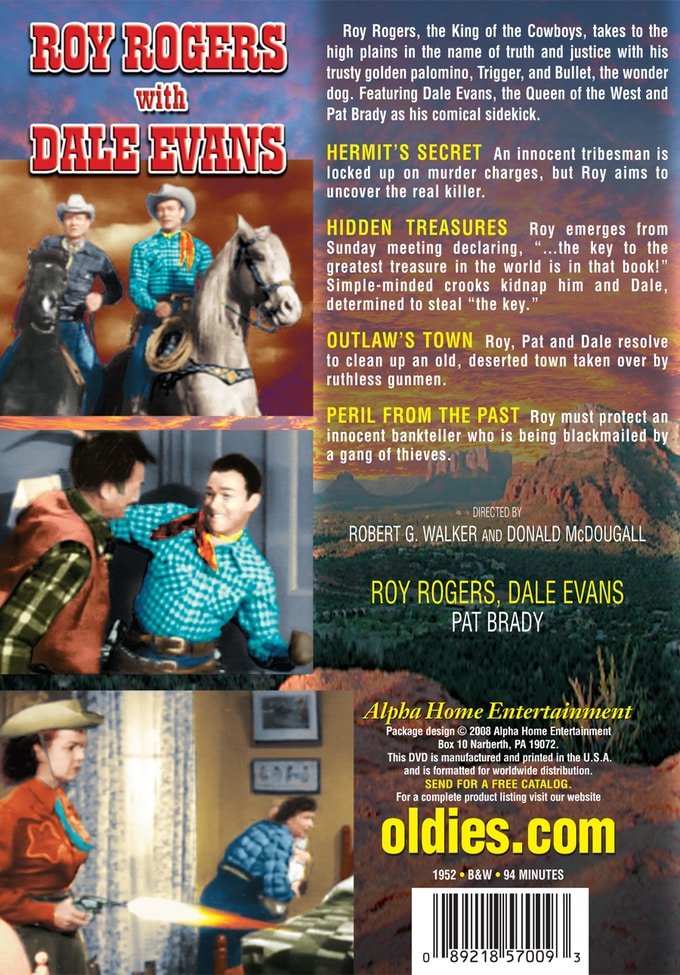 Hermit's Secret: An innocent tribesman is locked up on murder charges, but Roy aims to uncover the real killer.

Hidden Treasures: Roy emerges from Sunday meeting declaring, "...the key to the greatest treasure in the world is in that book!" Simple-minded crooks kidnap him and Dale, determined to steal "the key."

Outlaw's Town: Roy, Pat and Dale resolve to clean up an old, deserted town taken over by ruthless gunmen.

Peril From The Past: Roy must protect an innocent bankteller who is being blackmailed by a gang of thieves.

Everybody's favorite cowboy Roy Rogers teams up with the lovely Dale Evans in this classic television show. Along with his trusted horse, Trigger, and loyal dog, Bullet, Roy fights for justice on the American frontier. This collection presents four episodes of the action-packed series: "Hermit's Secret," "Hidden Treasures," "Outlaw's Town," and "Peril From The Past."