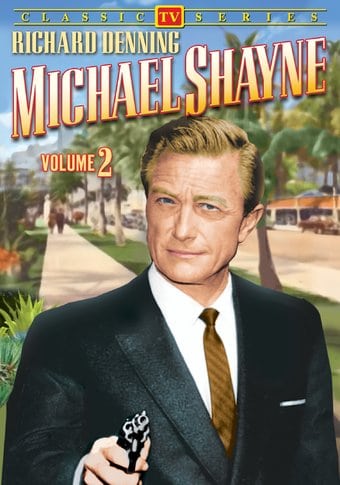 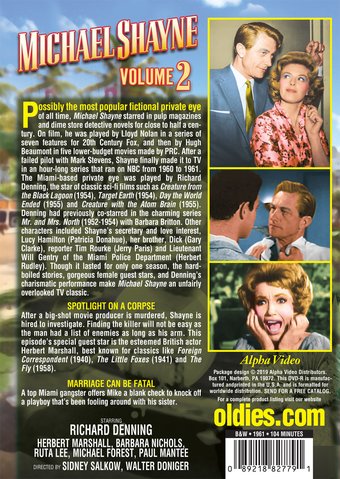 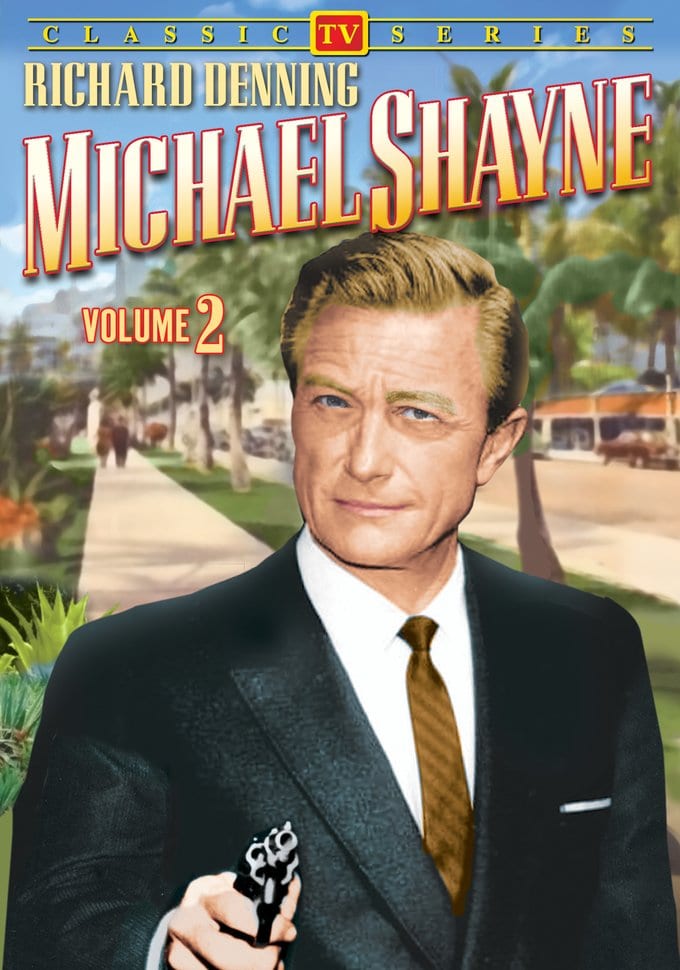 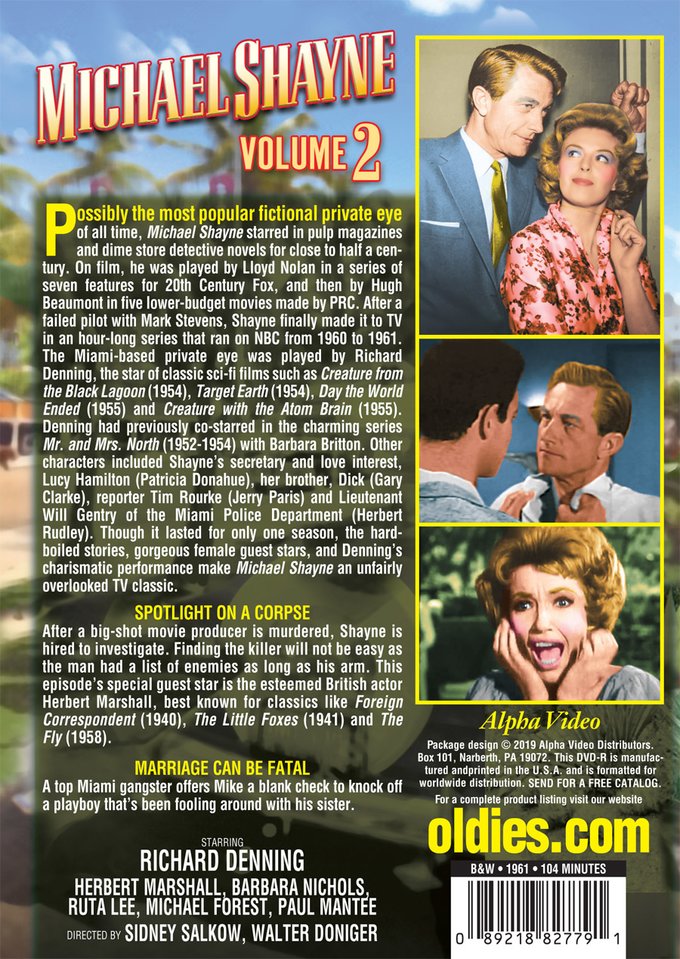 Possibly the most popular private eye in America, Michael Shayne starred in pulp magazines and dime store detective novels for close to half a century. On film, he was played by Lloyd Nolan in a series of seven features for 20th Century Fox, and then by Hugh Beaumont in five lower-budget movies made by PRC. After an unsuccessful pilot with Mark Stevens, Shayne finally made it to TV in an hour-long series that ran on NBC from 1960 to 1961. The Miami-based private eye was played by Richard Denning, the star of classic sci-fi films such as Creature from the Black Lagoon (1954), Target Earth (1954), Day the World Ended (1955) and Creature with the Atom Brain (1955). Denning had previously co-starred in the charming series Mr. and Mrs. North (1952-1954) with Barbara Britton. Other characters included Shayne's junior partner, Dick (Gary Clarke), reporter Tim Rourke (Jerry Paris) and Lieutenant Will Gentry of the Miami Police Department (Herbert Rudley). Though it lasted for only one season, the hard-boiled stories, gorgeous female guest stars, and Denning's charismatic performance make Michael Shayne an unfairly overlooked TV classic.

SPOTLIGHT ON A CORPSE: After a big-shot movie producer is murdered, Shayne is hired to investigate. Finding the killer will not be easy as the man had a list of enemies as long as his arm. This episode's special guest star is the esteemed British actor Herbert Marshall, best known for classics like Foreign Correspondent (1940), The Little Foxes (1941) and The Fly (1958).

MARRIAGE CAN BE FATAL: A top Miami gangster offers Mike a blank check to knock off a playboy that's been fooling around with his sister.